•    Unique in Spain, this cutting-edge facility confirms Thales Alenia Space development strategy in Europe and further enhances the role of Spain as key actor in the space sector
•    The brand new clean room will host the SPAINSAT NG Communications Module, Spain’s new generation of governmental satellites
•      Inaugurated in the presence of Pedro Duque, Spanish Minister of Science and Innovation

Madrid, 8 July 2021 - Thales Alenia Space, joint venture between Thales (67%) and Leonardo (33%), inaugurated today its new satellite integration clean room in Tres Cantos (Madrid); with the presence of the Minister of Science and Innovation of Spain, Pedro Duque and of high representatives of the Spanish institutions and Industry. This unique cutting-edge facility represents an important step forward in the company’s development strategy in Europe and a qualitative leap in the capacities of the space industry in Spain for the assembly, integration and tests (AIT) of large space systems, something within the reach of only a few space powers worldwide. 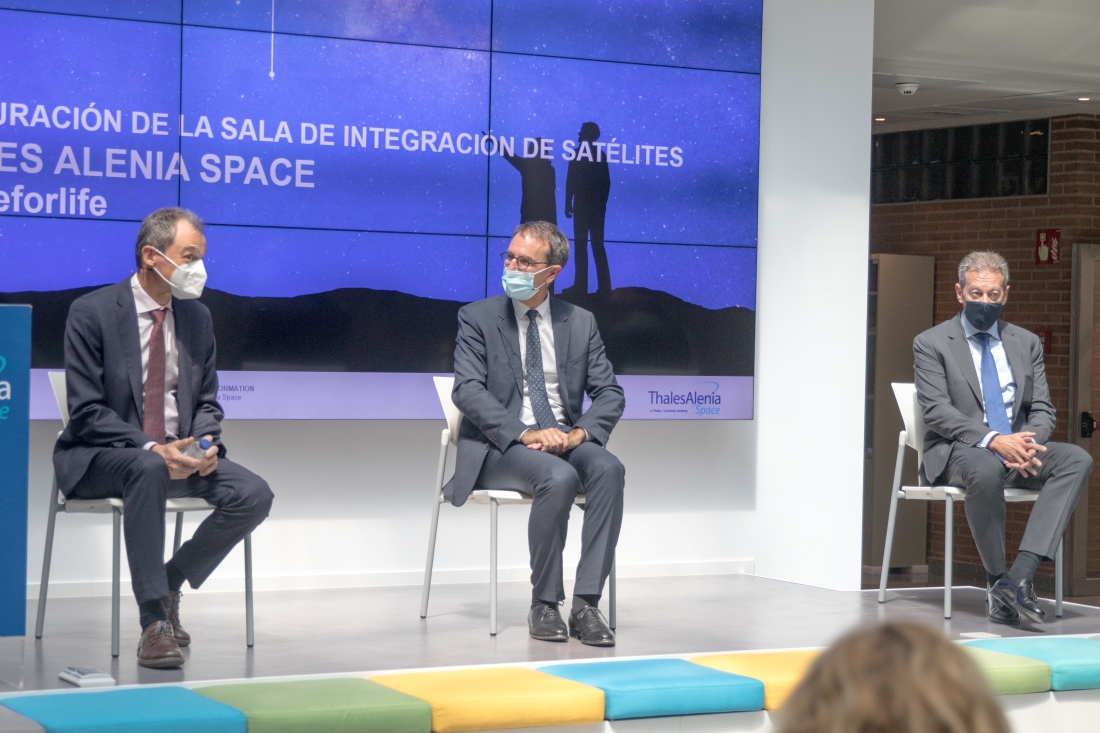 “This brand new clean room is the sign of Thales Alenia Space's determination to develop its  activities  in Spain, in line with the company’s global development strategy to meet the evolving needs of its customers and of the space market ”, declared  Hervé Derrey, President and CEO of Thales Alenia Space.

The new clean room will add more than 600 m2 clean area to the existing 2000 m2 clean area at the site of Thales Alenia Space in Tres Cantos. With a free height of 12.5 meters in the inside (20 meters high building), it is equipped with bridge cranes with lifting capacity up to 12 tons, allowing the integration of large satellites, payloads and instruments for all types of space missions, spanning telecommunications, navigation, Earth observation and science. The construction of this facility began in July 2019 and did not cease despite the difficult conditions caused by Covid-19 . 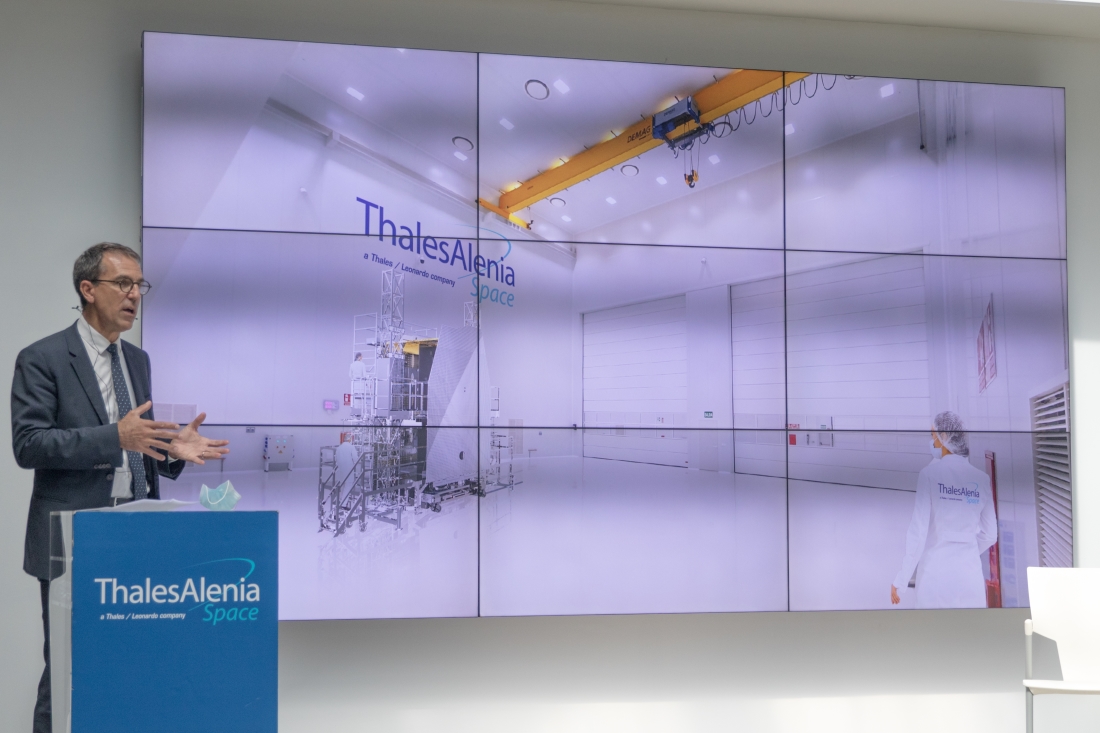 “This new facility will allow us to carry out in Spain activities of high added value with all the implications that it has regarding the creation of high quality employment and the strengthening of the space ecosystem in Spain. The new capabilities will boost the competitiveness of our national space industry”, added Alfonso Richart, COO of Thales Alenia Space in Spain.

This building will enable to carry out high-scale activities such as the integration in a few months of the Communications Module of SPAINSAT NG, Spain’s new generation governmental satellites owned and operated by Hisdesat. The Communications Module, which houses the satellite’s communications payloads, is a 6-meter high structure weighing nearly two tons, equipped with hundreds of units, that will become the largest satellite system ever integrated in Spain to date. 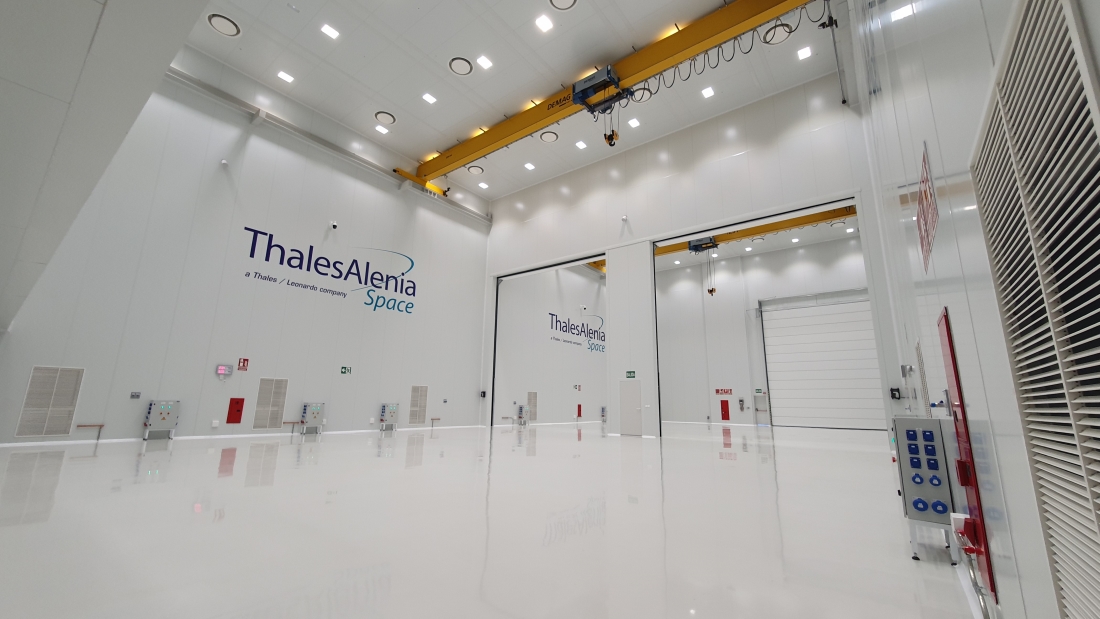 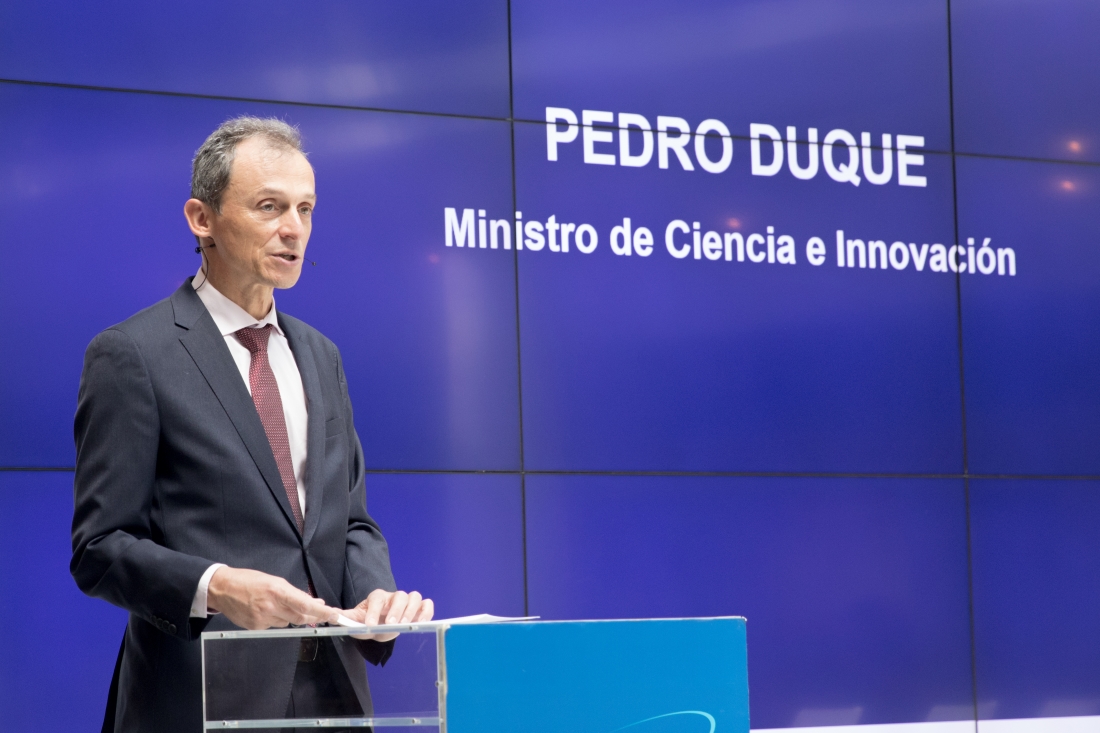 Minister Pedro Duque has pointed out that “space is a sector that has been offering solutions and well-being to our society for many decades, but its relevance will grow in the coming years, in part, due to the acceleration of some processes caused by the pandemic. Thales Alenia Space's investment in our country and the creation of a considerable number of quality jobs are already tangible benefits of this commitment to the future that represents the space sector”. The minister recalled the Government's commitment to the space sector and was convinced that "it will serve to create wealth and employment and sustain our welfare state, because generating wealth with scientific discoveries and innovation must be part of our commitment to society."

Center of Excellence in Spain

In its 32 years of activities in Spain, Thales Alenia Space has already participated in 600 satellites, space probes and space vehicles for space agencies and satellite operators around the world, for which it has manufactured more than 4,000 equipment and systems at its site in Tres Cantos, that accumulate more than 200 million hours of operation in orbit.

Thales Alenia Space in Spain is a specialist in satellite communications systems with solid heritage in TT&C and data transmission systems for all types of space missions and orbits, including missions in low Earth orbit (Sentinel 1-2-3, FLEX, etc.), geostationary orbit (GEO-KOMPSAT-2, MTG), lunar orbit (Smart-1, KPLO, ESPRIT), missions to the Moon’s surface (VIPER, NOVA-C, PRIME-1), science missions in orbit around the L2 Lagrange point (Herschel, Planck, Euclid, WFIRST, PLATO) and missions to asteroids (HERA). The company makes another key step up in the value chain with the inauguration of the satellite integration clean room, as integrator of large space systems.

More recently, Thales Alenia Space was selected by ESA and the European Commission to play a major role in the two European emblematic programs Copernicus expansion and Galileo Second Generation as prime contractor. In this frame, Thales Alenia Space in Spain is strongly involved by providing key equipment and systems for the six new Copernicus missions as well as the communications and several critical technologies of the six new Galileo satellites.

The development of Thales Alenia Space in Spain is reflected in the creation of highly qualified jobs, with an increase of more than 20% in its workforce in this country in the last 12 months, despite the pandemic.

ABOUT THALES ALENIA SPACE
Drawing on over 40 years of experience and a unique combination of skills, expertise and cultures, Thales Alenia Space delivers cost-effective solutions for telecommunications, navigation, Earth observation, environmental management, exploration, science and orbital infrastructures. Governments and private industry alike count on Thales Alenia Space to design satellite-based systems that provide anytime, anywhere connections and positioning, monitor our planet, enhance management of its resources, and explore our Solar System and beyond. Thales Alenia Space sees space as a new horizon, helping to build a better, more sustainable life on Earth. A joint venture between Thales (67%) and Leonardo (33%), Thales Alenia Space also teams up with Telespazio to form the parent companies’ Space Alliance, which offers a complete range of services. Thales Alenia Space posted consolidated revenues of approximately 1.85 billion euros in 2020 and has around 7,700 employees in ten countries with 17 sites in Europe and a plant in the US. www.thalesaleniaspace.com