Cannes, October 24, 2021 – The Syracuse 4A and SES-17 communications satellites built by prime contractor Thales Alenia Space, the joint company between Thales (67%) and Leonardo (33%), have been successfully launched by an Ariane 5 rocket from the Guiana Space Center, Europe’s Spaceport in Kourou, French Guiana.

“This was an exceptional launch for Thales Alenia Space because we built both of the satellites orbited today by Ariane 5,” said Hervé Derrey, President and CEO of Thales Alenia Space. “These two jewels of technology were carefully designed, developed, produced and tested over several years, and are now headed towards their respective positions in geostationary orbit. Each one is the result of close teamwork with our customers: the SES-17 communications satellite with the Lux-based content and connectivity service provider SES, and the Syracuse-4A military communications satellite with the French Ministry of the Armed Forces. Both satellites also reflect the areas of expertise contributed by Thales, Leonardo and Telespazio. I would also like to thank the French and European space agencies, CNES and ESA, who supported the development of our Spacebus NEO platform, capable of carrying a wide variety of high-capacity and flexible payloads.”

Elodie Viau, ESA’s Director of Telecommunications and Integrated Applications, said: “I am proud to witness the successful launch of SES-17 and Syracuse 4A, which is a show-case for how ESA is pushing the boundaries of technology, supporting the European space industry on the world market and introducing innovative services for European citizens. “ESA fosters innovation in the European space industry, enabling it to succeed in the highly competitive, fast evolving global telecommunications markets. Investing in space creates jobs and prosperity on Earth. I congratulate all the teams from our private partners and from ESA for their collaboration leading to this success.”

The Syracuse IV defense communications satellite segment, comprising three satellites, of which the first 2, Syracuse 4A and Syracuse 4B, are built for the French defense procurement agency DGA (Direction Générale de l’Armement) by the industrial consortium formed by Thales Alenia Space and Airbus Defence and Space. Thales Alenia Space is in charge of the Syracuse 4A satellite and co responsible with Airbus Defence and Space of the payloads for both satellites.Initiating the replacement of the previous generation, Syracuse 4A is designed to be compatible with the existing system, while also delivering expanded capacity and new functions for armed forces, especially greater throughput, capacity and flexibility, along with a broader coverage zone. Because of this flexibility, the satellite can meet the needs of forces deployed anywhere in the coverage zone, while also efficiently managing its X-band and Ka-band resources.

Unlike commercial satellites, the Syracuse satellites have to resist a wide variety of potential threats, including jamming, to guarantee service continuity and resilience. Built on the all-electric Spacebus NEO platform, Syracuse 4A features the latest cyber-defense and data encryption technologies – two areas in which Thales is a leader for both terrestrial and space applications.

For Syracuse IV, Telespazio, Joint Venture between Leonardo (67 %) and Thales (33 %), is in charge of the orbital positioning and station keeping for the satellites and will support the Ministry of the Armed Forces by contributing to its valorization and exploitation during the next 15 years. Thales is supplying the ground segment, which will rely on its highly, protected, secure and high-performance Modem 21 transmission system, as well as hardened tactical and naval ground stations, to guarantee the availability and confidentiality of all communications and provide protection from the full spectrum of threats.

SYRACUSE is the French military satellite communications (milsatcom) program that kicked off in 1980. It handles all military communications between headquarters in France and units deployed in different theaters of operation. The program is designed to provide an independent solution to meet France’s need for long-range, secure telecommunications, protected against electronic warfare. Three generations of Syracuse satellites built by Thales Alenia Space were deployed between 1984 and 2015. 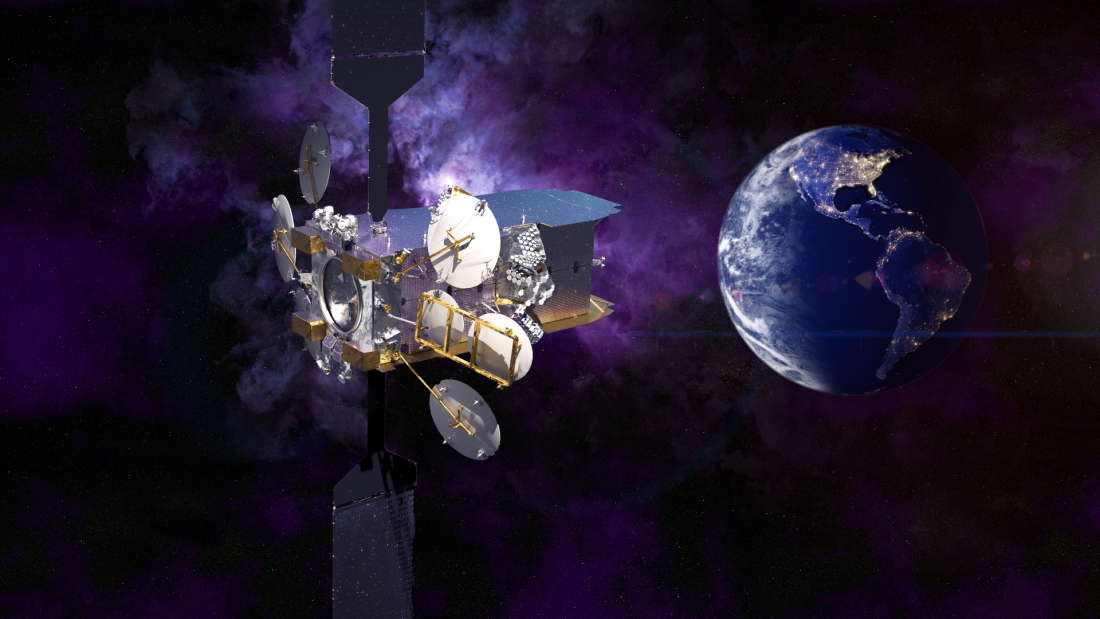 SES-17 is a very high throughput communications satellite, the most powerful ever deployed by SES, designed to give the company’s customers high-powered, flexible and continuous connectivity services no matter where they are, on land, at sea or in the air. Covering North and South America, the Atlantic Ocean and the Caribbean, SES-17 will deliver the best connectivity experience for SES customers operating in the aviation, maritime, enterprise, and government markets.

Based on the Spacebus NEO platform with all-electric propulsion, SES-17 features an all-digital payload thanks to a new fifth-generation 200 GHz digital transparent processor (DTP5G), the only one of its kind in orbit to date. Thanks to this processor, SES-17 can create a virtually unlimited number of communication channels, and also connect its 200 beams to any other at any given moment to deliver up to 2 Gbps throughput per connection. 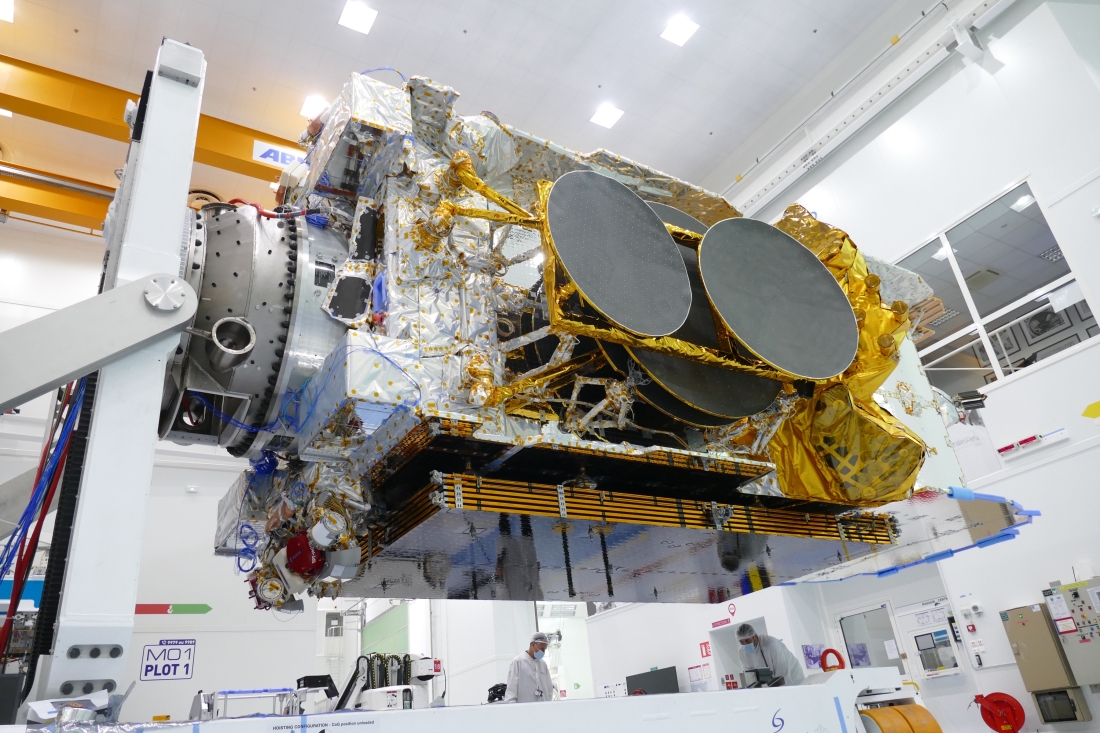 SES-17 was designed to provide in-flight connectivity to airlines and business jet operators serving some of the most frequently used routes in North America. SES-17’s anchor customer Thales, as a supplier of complete integrated in-flight entertainment (IFE) systems, connectivity and services will be using the satellite-based connectivity to power its next-generation aviation connectivity solution, FlytLIVE and provide an unrivalled passenger experience. Thales InFlyt Experience will ensure both crew and passengers will have an always-on high-speed Wi-Fi connection at peak times and in high traffic routes while optimizing bandwidth.

Leonardo supplied the space star sensors for both satellites allowing them to keep the correct attitude in orbit through the observation of stars and thanks to sophisticated algorithms.