Changing the way maritime autonomy is developed over the next decade

Digital transformation is one of the most important challenges facing forces today. Only through the experimentation of new and disruptive technologies will maritime forces be able to stay ahead and maintain operational advantage. Autonomy and its key enablers: big data, artificial intelligence, digital security and connectivity, will effectively enter operation for the first time in the mine warfare domain. Industry has a key role to play in the development of existing and future technological capabilities in this sector. Through its long-standing relationship with the Royal Navy and other maritime forces and the power of the Group, Thales is developing and offering the right skills, expertise and means to support this transformation.

A new centre of excellence in maritime autonomy

Committed to investing in digitally transformative maritime technologies, Thales in the UK has opened its Maritime Autonomy Centre at Turnchapel Wharf, Plymouth, in an official opening attended by Stuart  Andrew MP, Minister for Defence Procurement, as well as local SMEs and academia. The centre will build on Thales’s leadership in autonomous systems and strengthen the position of UK industry in the market.

Continuing the long history Turnchapel Wharf has with the Royal Navy, Royal Marines and industry, the Maritime Autonomy Centre will change the way autonomous capability is developed over the next decade by enabling rapid exploration and exploitation of emergent and disruptive technologies. The waterfront facility will specifically provide access to trials areas for the development of cutting-edge maritime autonomous systems, and position Thales and the Royal Navy at the centre of future maritime autonomous capability. The centre is also an integral part of a joint programme between the UK and French governments to develop the next generation of autonomous mine hunting systems – the Maritime Mine Countermeasures programme (MMCM).

Thales has invested £1 million in the facility, with a minimum five-year commitment to developing autonomous systems at the site in Plymouth, with 20 new high-skilled jobs created through its opening. Local SMEs, partners and suppliers will take part in initiatives at the facility, while local schools will run STEM activities onsite. The centre will also be available to academia, enabling institutions working in partnership with Thales UK – such as the University of Plymouth, University of Southampton and the National Oceanography Centre – to take advantage of Turnchapel Wharf’s world-class facilities.

Further to this, in the frame of the Lancaster House Agreement and MMCM programme, Thales is developing for OCCAR, and both the Royal Navy and French Marine Nationale, the very first unmanned mine warfare system for which autonomy is becoming operational. The centre will act as a key enabler for this, with the MMCM programme having now entered its integration and validation stage. Unmanned surface vehicles, loaded with world-first single pass multi-views sonar are already operating at sea.

Shaping the future of maritime autonomy

Thales is working hard to unlock the potential of maritime autonomy. Key benefits of the centre include:

Victor Chavez, Chief Executive of Thales in the UK, says: “The unique waterfront location at Turnchapel Wharf will provide access to shallow and deep water trials areas for the development of cutting edge maritime solutions. Our ambition is to help anchor a vibrant ecosystem in Plymouth for the development of advanced autonomous systems and we are already working with a range of academic and industry partners to make this a reality.”

Stuart Andrew, Minister for Defence Procurement, says: “Our Armed Forces must remain a step ahead of our adversaries, something we can only do by collaborating with our leading British defence industry. Thales’s new Maritime Autonomy Centre is another great example of the work being done by our suppliers to ensure our military remains equipped with state-of-the-art capabilities. This centre of excellence will enable industry and academia to experiment and innovate together to help counter emerging sea-based threats and ensure we remain one of the world’s leading militaries.”

Councillor Tudor Evans, Leader of Plymouth City Council, said: “This world-class facility is adding enormously to Plymouth’s fantastic marine community, and we are delighted that it brings with it high skilled jobs and investment. Plymouth is well on its way to becoming one of Europe’s most vibrant waterfront cities, and having facilities like this is essential to our growth and progress, putting the city at the forefront of maritime technology development.” 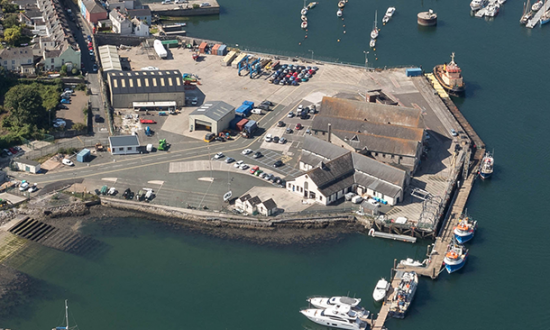