Maritime patrol and surveillance aircraft (MPAs and MSAs) – the naval workhorses that escort nuclear submarines, fly Intelligence, Surveillance and Reconnaissance (ISR) missions, and sometimes pinpoint terrorists on land, are designed for long service lives. 50 years ago, their focus was deep-sea submarine deterrence – but in the 2020s, the picture is much more diverse: new superpowers are building stealth ships and submarines; political instability demands military interventions; and pirates benefit from the latest fast boats and drones. If MPAs were important in the cold war, they’re now critical: the loss of a high-value asset, or a successful terrorist strike, can compromise sovereign supremacy – not to mention the human and financial costs.

It’s a picture that has been exercising the world’s navies for some years.  France’s defence procurement agency (the DGA) is leading the way through an ambitious programme of upgrades to its ageing ATL2 fleet. Clear that the keys are better and longer-range detection, and the rapid and decisive use of data, the DGA has turned to Thales. The company has been working intensely to mature and adapt a range of technologies in response to the evolving threat. The lynchpin is the cutting-edge SEARCHMASTER® — a lightweight, modular version of Thales’s Active Electronically Scanned Array (AESA) antenna, whose open architecture anticipates the frequent upgrades of a software-based world. By combining this with other Thales innovations, such as its latest-generation digital acoustic processing subsystem, the company can offer a potent solution to tackle the new realities.

SEARCHMASTER® promises a step change in capability: multiple radar modes that offer superior tactical picture monitoring in high sea states and noise-dense coastal zones – as well as detecting smaller and faster-moving objects; the automation of tasks to address an increasing maelstrom of data faced by operators; and the ability to map large areas, accurately and quickly.

This promise has been realised in the transformative results seen by France’s naval evaluation unit during testing: the precision imagery delivered has delighted the client – fully meeting operator expectations and enhancing data reliability, ease of use, and maintainability. The net result? Greater mission scope, operational effectiveness and fleet availability.

As well as meeting today’s needs, the radar is also designed to ‘futureproof’ navies’ MPA fleets, enabling them to take full advantage of the ‘smart functions’ coming from rapidly developing fields like Big Data and AI. The French Navy and Thales are already using data from the ATL2 programme to further optimise these radar modes – and developing new ones for threats now appearing on the horizon. The first upgraded ATL2s are expected to enter service in 2021, with a rapid programme of refits to be complete by 2024. 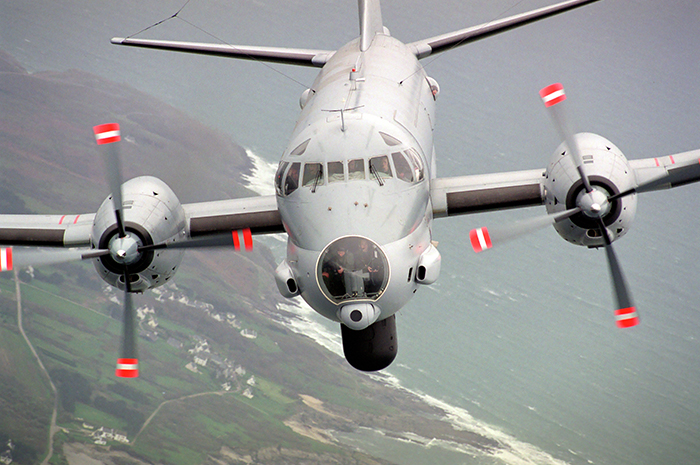