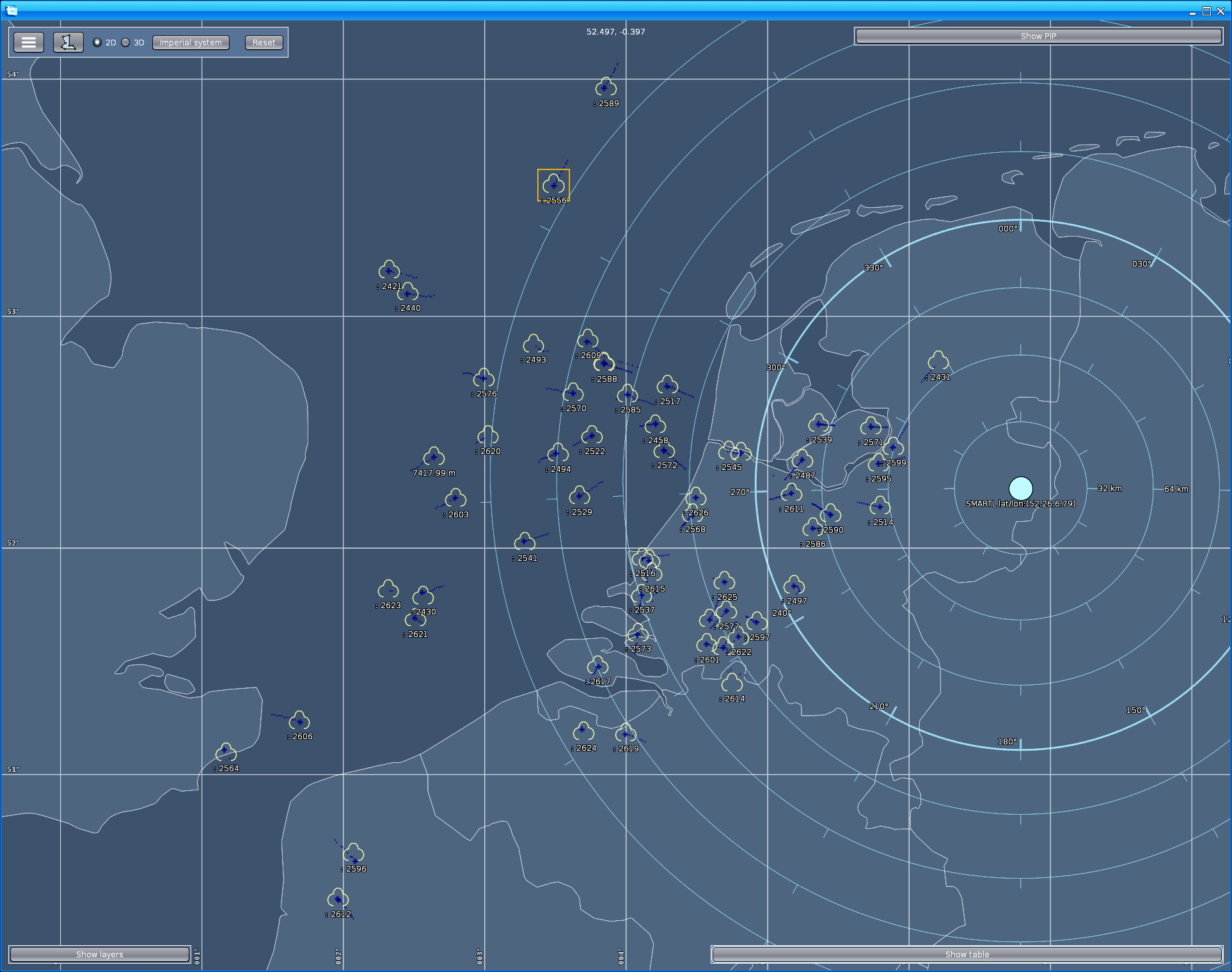 © Thales
On 9 March, a major milestone in the development of SMART-L EWC was reached: installed on a test tower in Hengelo, the demonstration module produced its first air picture.

Looking to the west in a 90 degree angle, the radar provided a clear image of the sky over the Netherlands, the North Sea and a part of the UK.

After all systems were switched on for the first time the screen in the control room instantaneously filled with more than a hundred aircraft tracks. Proof that the radar works as expected. The system is operating in AAW mode, with an instrumented range of 480 km. In the course of this year, work on de demonstration module will continue and its performance will increase. Towards the end of the year we expect to be able to operate the system in Ballistic Missile Defence mode, with a range of 2000 km.

In 2012 Thales received a contract from the Royal Netherlands Navy for the update of the four SMART-L volume search radars on board of the De Zeven Provinciën class vessels. This update is to increase the radar’s range to 2000 km, making this sensor suitable for the early detection of ballistic missiles. The first SMART-L EWC (Early Warning Capability) is expected to be installed on board of the ship in 2018.

In 2015 the Royal Netherlands Air Force contracted two ground-based SMART-L EWC systems as replacements for the aging MPR sensors that are presently guarding the Netherlands’ air space. Together with this contract, the Defence Materiel Organization and Thales signed a contract that committed Thales to all maintenance activities of the four naval and the two ground-based SMART-L EWC systems.