The Green Tech revolution – how digital technology can benefit the planet

Green tech can make existing industries more efficient – not least by moving in-house operations to the cloud. No wonder green innovation tech is attracting so much interest right now…

When it comes to the environment, digital technology can be considered both a problem and a solution.

Why problem? It’s self-evident. Manufacturers of digital technology products increase air and soil pollution when they mine the raw materials they need to make electronic components.

And then there’s the carbon cost of running these devices. Digital devices need to be powered up. They also rely on the transmission of data. All of this consumes energy – usually supplied by fossil fuels.

But it’s a mistake to see the ecological footprint of digital technology from only one (negative) angle. After all, many digital services have replaced other activities that consume even more resources. Consider, for example, the negligible environmental impact of a video call with a customer against a plane ride to meet the client in person.

And it’s also true that the tech industry has a pretty good track record of reducing its consumption over time. There’s an outstanding example of this in the migration away from CAPEX-intensive on-site models to OPEX-based third party cloud services. The latter has been proved to reduce emissions – and to keep reducing them as tech improves. AWS says running business applications on remote servers can reduce energy usage by nearly 80 percent and carbon emissions by up to 96 percent when AWS purchases its energy from renewable sources.

Meanwhile the environmental concerns must be balanced against the many wider benefits of digital technology. After all, it’s a fact many observers consider digital technology to be a lever for economic and social wellbeing. In other words: as a force for improving millions of lives. As the World Bank says: “Digital technologies help businesses become more productive; people find jobs and expand their opportunities; and governments provide better services to all.”

The digital tech footprint: a deeper dive into the numbers

What exactly is the energy consumption of tech devices, the internet and the systems that support them?

Estimates vary, but a report by technology investment and advisory firm, Digital Power Group, suggests that Information Communications Technologies (ICT) might consume more than 10 percent of global electricity production. That’s around 1,500 TWh of electricity annually – equal to all the electricity generated in Japan and Germany combined.

So how does this translate into global greenhouse emissions? According to one projection, the figure could be about 3 percent – similar to the amount produced by the airline industry every year.

These are big generic numbers. So it is useful to drill down to see the impact of individual services. Let’s take videoconferencing. Researchers at MIT, Purdue University, and Yale University have concluded that one hour of streaming or can emit between 150 and 1,000 grams of carbon dioxide, depending on the service.

They think that remote work could have contributed 34.3 million tons in greenhouse gas emissions in 2021.

To store and transmit all of the data powering the internet, data centers consume enough electricity to account for 1 percent of global energy demand.

But, to echo a point made earlier in this post, this is only one way to frame this analysis. The same research also stated that a car produces about 8,887 grams from burning one gallon of gasoline. When you reflect on the number of carbon-powered journeys that videoconferencing or remote working has replaced, the numbers look a little different.

How big is the sustainable IT market opportunity?

The impulse to adapt IT and telecom infrastructure for low carbon emissions is not merely a cost. It’s a commercial opportunity. Specialist companies are moving into the space, which is growing fast. A recent report predicted the Green Technology and Sustainability Market will grow from $17.8 billion in 2022 to $60.7 billion by 2027.

In free market economies, consumers ultimately decide which products and services ‘win’. And they don't always choose on price. Other factors come into play such as quality, service and reputation.

In the early 21st century, millions of consumers are bringing a new factor into their decision-making: environmental sustainability.

According to a study by Bain & Co, 73 percent of customers would definitely or probably change their consumption habits to reduce impact on the environment. But it is not just consumers. The same report found 75 percent of employees want their employers to take an environmental stand, while 78 percent of investors put more emphasis on environmental sustainability than they did five years ago.

Digital technology companies are now responding to these forces. It would be ‘bad business’ not to.

As a consequence, companies across the tech space are now taking action to reduce their footprint. Take Google. It claims to be carbon-neutral already. And it recently began a mission to completely decarbonize its energy consumption by 2030.

The environmental benefit of moving to the cloud

A major source of energy use and carbon emissions for enterprises is self-owned IT equipment and data centers. One way to tackle this is to improve the efficiency of these systems. But this is usually difficult and expensive.

Another solution is to move to a new model that doesn’t require ownership at all. This is, of course, the cloud-based software-as-a-service model.

But how much more environmentally friendly are cloud-based services? 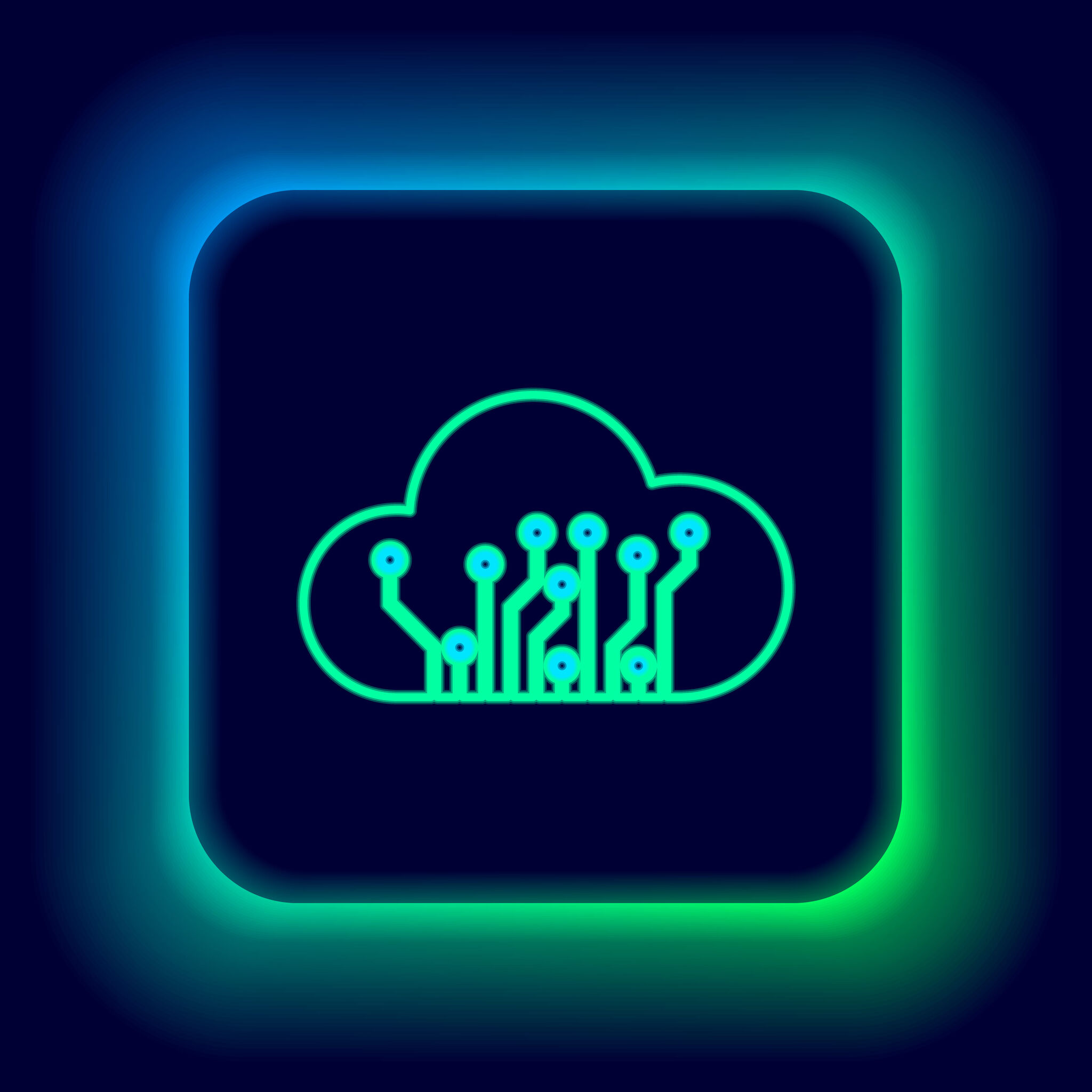 In 2021, 451 Research set out to better understand the energy used by enterprise and public sector IT infrastructure across the APAC region, and to compare it with that of typical cloud infrastructure. It concluded there was an average of nearly 80 percent energy savings from running business applications in the cloud rather than on-premise.

There are three key reasons for the improvement – mainly linked to economies of scale.

Can cloud providers do even better?

Yes, they can. 451 Research calculates that by running their data centers on 100 percent renewable power, they could reduce related emissions by another 15 percent.

But this is not mere theory.

As long ago as 2012, The BSR sustainable business network launched the Future of Internet Power project. Its mission is to power the internet with 100 percent renewable energy.

Since then the announcements have proliferated. In summer 2022, for example, Microsoft announced that it will power its forthcoming data centre region in New Zealand by 100 percent renewable electricity. The facility will rely solely on energy from solar, wind, and hydro sources.

What will this deliver in terms of emissions? IDC says the migration to cloud alone can save 629 million metric tons between 2021 and 2024. But If all datacenters in use in 2024 were designed for sustainability, then 1.6 billion metric tons could be saved.

Green IT or IT for Green?

The desire to consider the environmental impact of IT accelerated at the start of this century. Before long, experts began proposing two terms to express the subtly different ways that the industry might achieve eco-innovation.

Green IT and IT for Green

The two phrases are superficially similar. But in fact they articulate two quite methodologies.

Green IT relates to tech equipment, products and services – and addresses itself to minimizing their impact on the planet. These measures might include reducing energy consumption, building with more environmentally friendly materials, developing cloud computing alternatives and maximizing the lifespan of products through the repair, reuse, and recycling of materials.

IT for Green is sometimes referred to as a sub-set of IT for Good. It’s about IT specifically serving the environmental cause. Examples have sprung up across the industry as the cause has gathered momentum. Consider the case of the Ecosia search engine. It plants trees upon internet searches, and rates the climate pledges of the most searched-for companies on its site.
More generally, though, many technological advances are emerging to help business of every kind cut down on energy and emissions. This applies to IoT platforms and sensors that manage lighting, cooling, power and so on. It also embraces preventive maintenance systems, which analyse equipment and identify minor faults before they turn into more disruptive major ones.