The Paris Air Show will open its doors in just a few days, ready to welcome hundreds of thousands of visitors. On the agenda are of course the flying displays, visits by official delegations, major announcements and press conferences. Everybody who’s anybody in the aerospace sector will be there! Thales Alenia Space will be spotlighted at the Thales Group pavilion, and is expecting an especially busy week at the 53rd Paris Air Show. The global satellite manufacturer will showcase its vast range of products, especially telecommunications and Earth observation solutions intended for civil, military and dual applications, as well as its approach to In-Orbit Servicing.

Today, we all want to be connected anywhere and at any time, and benefit at any given moment from constantly expanding and richer content. At the same time, no area in the world, especially the isolated “white zones”, should be left behind as we seek to bridge the digital divide. Satellite communications systems, especially digital versions, are clearly the best solution to address demand in the constantly changing and fiercely competitive telecom market.

One key solution is digital very high throughput satellites (VHTS), a segment in which Thales Alenia Space is the uncontested leader. These systems offer tremendous agility. They first emerged in the military telecom market, and were more recently taken up by the commercial market. Operators today naturally want this type of system, since they combine high capacity, digital agility and competitiveness. VHTS solutions are also highly flexible, allowing them to adapt throughput to conditions in the coverage zone at any given moment. In other words, these payloads address operators’ changing requirements throughout a telecommunications mission. For example, we will be building a new satellite for Eutelsat, KONNECT VHTS. Featuring an all-electric platform and a payload with a high-performance digital processor, this satellite could bring high-speed internet into isolated areas where it’s difficult to set up terrestrial infrastructures, in France or across Europe.

At the same time, we build geostationary communications satellites such as SES-17 and Inmarsat GX5, which bring connectivity to airline passengers.

Spaceborne systems are increasingly important in military operations. Observation satellites contribute to intelligence gathering, planning and, to a greater and greater degree, conducting operations. Military satellite communications (Milsatcom) transmits information securely over long distances. Today, these systems are deployed on a number of platforms, from infantry soldiers to fighter aircraft to drones. By capitalizing on several decades of experience with military telecom and observation systems, Thales Alenia Space can offer proven space-based solutions to protect national independence and space itself. The latest challenge is managing space, which has also become a conflict zone. Thales Alenia Space is therefore working on solutions for space surveillance and the protection of satellites.

The Space Alliance (between Telespazio and Thales Alenia Space) recently acquired a stake in NorthStar Earth & Space Inc, a Canadian company that’s developing the world’s most advanced environmental and near space surveillance system. The data generated by NorthStar will help keep an eye on space from space. Through this stake, the Space Alliance will provide NorthStar with design, development and production solutions for a unique constellation of 40 satellites. 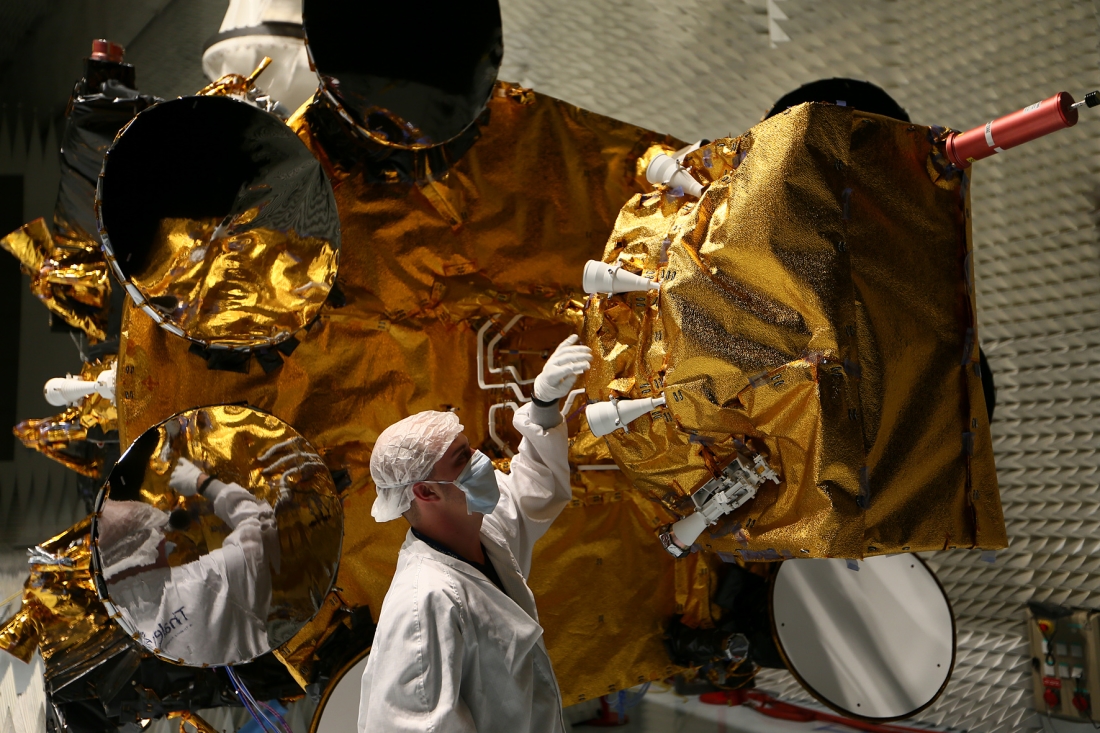 A comprehensive range of observation systems 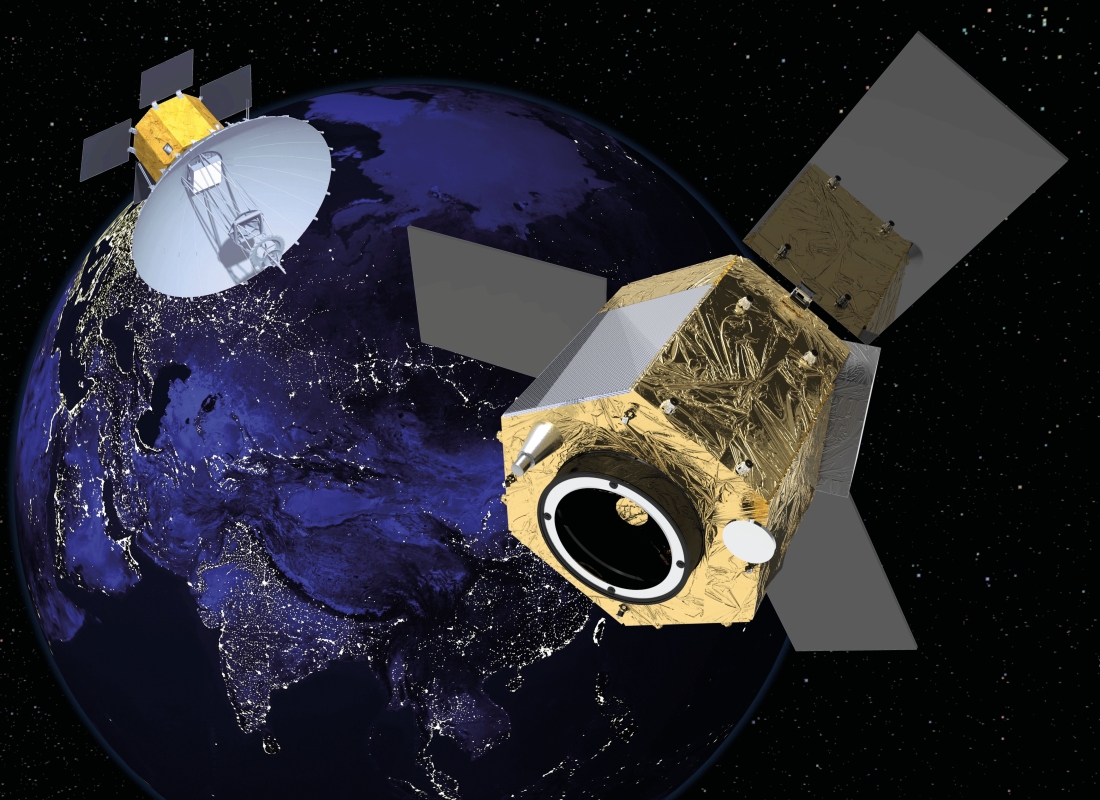 For example, Thales Alenia Space is prime contractor for COSMO-SkyMed, the Italian radar Earth observation system. We also built GÖKTÜRK-1, a Turkish Earth observation satellite, including its high-resolution optical instrument. In addition, we are the exclusive supplier of very-high-resolution optical instruments for French intelligence satellites, including Pleiades, Helios and CSO. 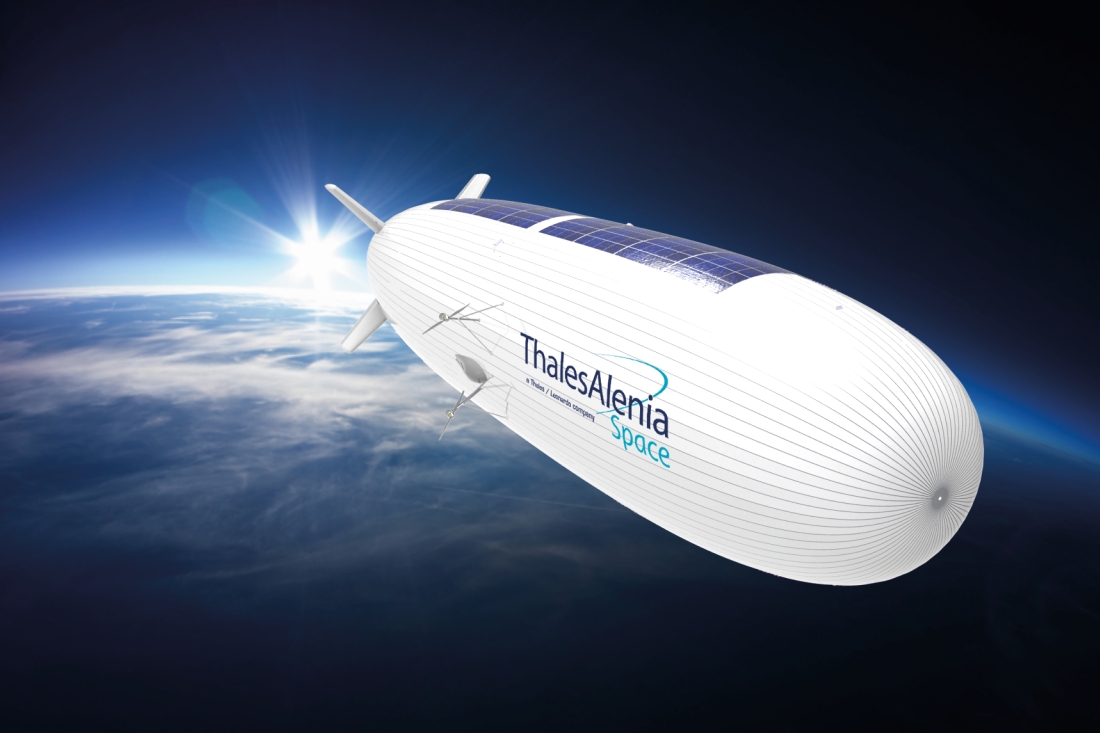 StratobusTM will also be on hand at the Paris Air Show. A perfect complement to traditional satellite systems, this autonomous, multi-mission stratospheric airship could be seen as the missing link between drones and satellites. StratobusTM is designed to operate locally at an altitude of 19 kilometers, above the jet stream and air traffic. It is mainly intended for civil and/or military regional applications including telecommunications, navigation and observation. Since it doesn’t require a launch vehicle, StratobusTM can more effectively meet the requirements of defense and security organizations, for example by proposing permanent surveillance over a predefined regional coverage zone. 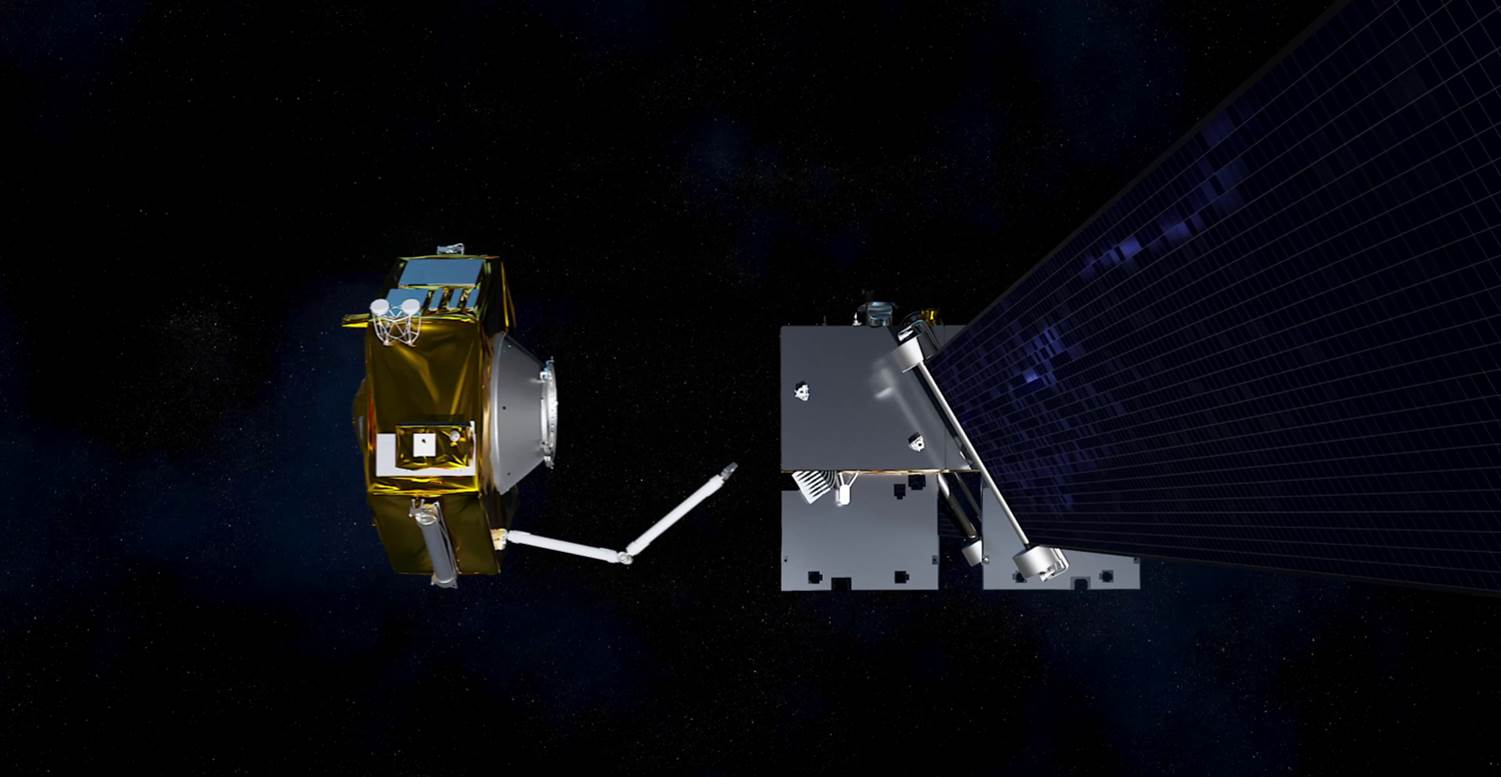 Once a satellite is launched, you can no longer repair it! That was always a phrase that struck fear in the hearts of satellite manufacturers, but it may soon be out of date! Vehicles designed for In-Orbit Servicing will soon be capable of a wide range of orbital operations, including deorbiting space debris, robotic manipulation, extending the service life of satellites, in-orbit refueling or inspection, etc. With these new vehicles we will see a real paradigm shift in space, from static to dynamic. In-Orbit Servicing, to be covered in one of the talks at the show, signals a new approach to space access. Furthermore, if we manage to build lunar bases in the future, In-Orbit Servicing vehicles will be a key to transport and assembly missions.