Rome, June 16, 2021 - Thales Alenia Space, the joint venture between Thales (67%) and Leonardo (33%), and Telespazio, the joint venture between Leonardo (67%) and Thales (33%), have signed a contract with the Italian Ministry of Defense, represented by TELEDIFE / Secretariat General of Defense, for the development of the SICRAL 3 secure satellite communications system, including its ground segment. Covering the development of phases B and C1, the contract is worth a total of approximately €159 million, as result of an articulated and complete negotiation process.

The SICRAL (Italian System for Secure Communications and Alerts) program deploys geostationary satellites for confidential strategic and tactical communications, to support defense missions both in Italy and abroad. The new SICRAL 3 system is designed to meet Italian defense communications and interoperability requirements. It will ensure continuity with the current SHF and UHF-band telecom services provided by the SICRAL 1A, 1B and SICRAL 2 satellites, while expanding its suite of services by providing a Ka-band payload, as well as supporting security, public rescue and civil protection services.

SICRAL 3 will also capitalize on the ongoing developments within the ItalGovSatCom (I-GSC) program, a pillar of the evolving “Space Economy” and the Programmes of Military Research, and will help expand NATO’s current satellite capabilities.

Thales Alenia Space will be responsible for the entire SICRAL 3 telecommunications system, the space segment (including system design and integration), and the design, production and integration of the innovative UHF, SHF and Ka-band payloads. The space segment includes two geostationary satellites, SICRAL 3A and SICRAL 3B. The innovative platform, which features electric propulsion, is based on a modular and autonomous orbital transfer design using GNSS/GPS sensors and receivers for satellite positioning and attitude. Leonardo will supply the star sensors that enable SICRAL 3 to maintain the correct attitude in orbit through sophisticated algorithms. 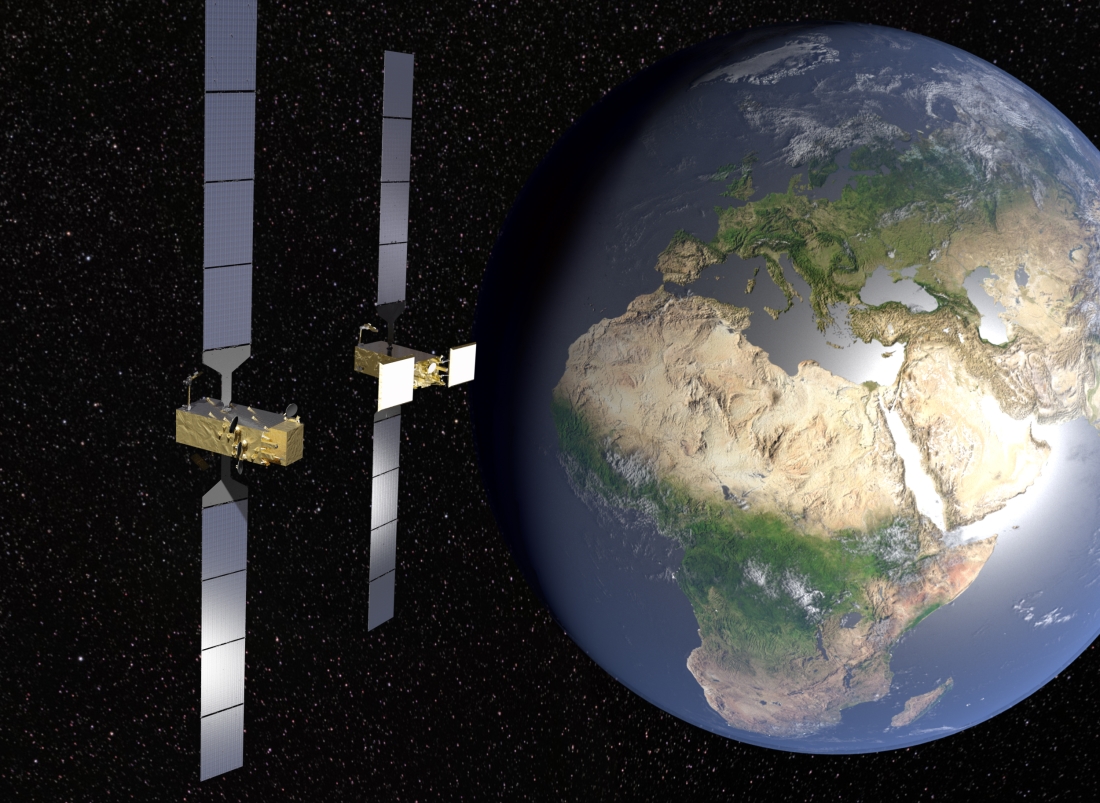 Telespazio will manage the development of the highly innovative ground segment, drawing on synergies with previous SICRAL developments for the Vigna di Valle Control Center and the Fucino Space Center. The company will be in charge of the satellites’ launch and early orbit phase (LEOP) and in-orbit tests (IOT).

“The SICRAL 3 contract marks a major step forward for Thales Alenia Space and the entire space industry in terms of our ability to propose design solutions and technologies, not only for the Italian government but also for allied nations and international organizations such as NATO,” said Massimo Claudio Comparini, Deputy CEO and SEVP Exploration, Observation and Navigation at Thales Alenia Space. "This contract reflects the fruitful long-standing collaboration between our company and the Defense Administration. Thanks to the experience gained in conducting national programs such as SICRAL and COSMO-SkyMed, as well as expertise in both ground and space systems, the Italian space industry retains full autonomous capacity in the development and delivery of end-to-end solutions for large-scale integrated systems."

“SICRAL missions have represented excellence in the implementation and management of complex space programs for over 20 years,” said Luigi Pasquali, Telespazio's CEO. “The Space Alliance between Leonardo and Thales, through its companies Telespazio and Thales Alenia Space, works closely with the Italian Ministry of Defense to provide modern and effective satellite communications services for our country and NATO. By ensuring the continuity of the SICRAL program and expanding its services, especially through an added Ka band, our defense forces will have the operational capacity needed to further strengthen the country’s international role.”

Giuseppe Abbamonte, Admiral Chief Inspector of TELEDIFE (IT, Telematics and Advanced Technologies Directorate of the Ministry of Defense) added, "Within the past three and a half years, as a Director of TELEDIFE, we have launched major space programs. Today, these efforts have culminated in the signature of the contract for the development of the future military satcom satellite constellation. Today's signature once again proves not only the enormous importance of space for defense, but also the very high level achieved by Italian industry, represented today by two of the most important companies operating in this sector, Thales Alenia Space and Telespazio. Italian industry not only produces systems capable of meeting the complex requirements imposed by national military needs, but is also asserting itself in a highly competitive international context.”

Thales Alenia Space and Telespazio have already supplied to the Italian Ministry of Defense two first-generation SICRAL satellites (no longer in operation), and the second-generation SICRAL 2 satellite. Telespazio, having co-financed the SICRAL 1B and SICRAL 2 missions, has consolidated its role as a defense satellite operator. Holding a share of these satellites’ transmission capacity, it offers telecommunications services to the armed forces of NATO member countries. The Space Alliance also contributed to the development and launch of the Athena-Fidus satellite for military and dual (civil-military) telecommunications for France and Italy and two Satcom BW satellites for Germany. Thanks to Athena-Fidus and SICRAL 2, Thales Alenia Space and Telespazio form the cornerstone of European collaboration in defense.

1 Phase B is the detailed development of the project, while phase C is the production of the hardware up to the Engineering Qualification Models, with the related qualifications, up to the Critical Design Review

About the Space Alliance
The Space Alliance, founded in 2005, is a strategic partnership between Leonardo and Thales, the major industrial groups in the aerospace industry in Italy and France. It includes two joint ventures: Telespazio (Leonardo 67%, Thales 33%) and Thales Alenia Space (Thales 67%, Leonardo 33%). The complementary capabilities of Thales Alenia Space in satellite systems and Telespazio in the services associated with them provides the Space Alliance all the assets needed to respond positively and effectively to the needs of the market, which today are increasingly focused on applications related to space technologies. In this scenario, Telespazio and Thales Alenia Space have a unique offering of its kind, ranging from the field of communications to navigation, as well as scientific research and observation, which enables both companies to consolidate their position in the aerospace and defence and security markets.

ABOUT THALES ALENIA SPACE
Drawing on over 40 years of experience and a unique combination of skills, expertise and cultures, Thales Alenia Space delivers cost-effective solutions for telecommunications, navigation, Earth observation, environmental management, exploration, science and orbital infrastructures. Governments and private industry alike count on Thales Alenia Space to design satellite-based systems that provide anytime, anywhere connections and positioning, monitor our planet, enhance management of its resources, and explore our Solar System and beyond. Thales Alenia Space sees space as a new horizon, helping to build a better, more sustainable life on Earth. A joint venture between Thales (67%) and Leonardo (33%), Thales Alenia Space also teams up with Telespazio to form the parent companies’ Space Alliance, which offers a complete range of services. Thales Alenia Space posted consolidated revenues of approximately 1.850 billion euros in 2020 and has around 7,700 employees in 18  sites in 11 countries across Europe and a plant in the USA. www.thalesaleniaspace.com

ABOUT TELESPAZIO
Telespazio, a joint venture between Leonardo (67%) and Thales (33%), is one of the world's main operators in the space services sector. These include the design and development of space systems, the management of satellite launch and in-orbit control services, Earth observation services, integrated communications, satellite navigation and localisation, and scientific programmes. Telespazio plays a leading role in its relevant markets by leveraging the technological expertise it has acquired through 60 years of activity, through developing its own infrastructures, and through its participation in space programmes such as Galileo, EGNOS, Copernicus and COSMO-SkyMed. In 2020, Telespazio generated sales of EUR 540 million while employing 3,000 people in nine countries.