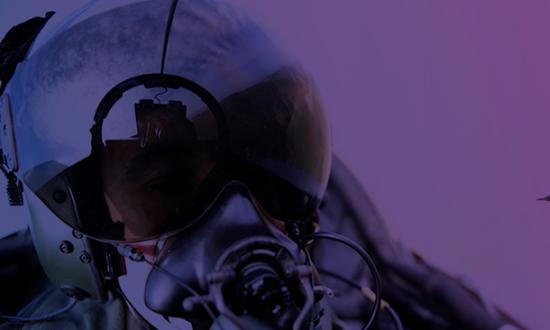 You can trust us to keep the UK moving

The people we all rely on to keep our nation moving – they rely on Thales in the UK. Our customers know that we’ll never fail to deliver the technology and solutions that they depend on.

From updating a signal box on the Circle and Hammersmith & City lines built in 1926 to protecting military aircraft from lightning strikes, we’re constantly evolving and developing the technology vital to the UK’s everyday safety and wellbeing.

Since 2015 we’ve been Transport for London’s trusted partner for the largest urban signalling upgrade in the world: the Four Lines Modernisation (4LM) project. Serving the sprawling capital of the United Kingdom, the London Underground transports 1.34 billion people a year, handling over four million passengers a day. 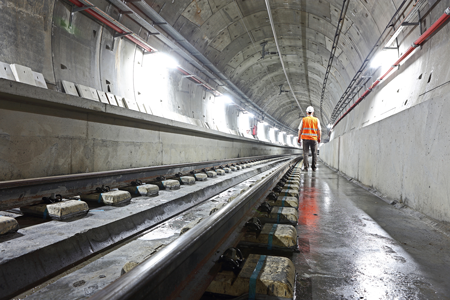 The signalling and train control system on the London Underground’s Circle, District, Metropolitan and Hammersmith & City lines are decades old. We’re updating it with SelTracTM CBTC, bringing faster, more frequent and more reliable journeys to the millions of passengers who make use of the transport network every day.

We’ve already significantly increased capacity on two of the most heavily used lines on the network – the Jubilee and Northern lines – with our SelTracTM CBTC technology. Both lines were updated ahead of the London 2012 Olympic Games, resulting in a 33% capacity increase and a 22% reduction in journey times on the Jubilee line and a 20% increase in capacity and an 18% reduction in journey times on the Northern line, which was delivered six months early and significantly under budget. SelTracTM CBTC technology also reduced distances between trains and introduced bi-directional train operation and flexible train scheduling.

The 4LM project will bring advanced signal monitoring technology to help identify potential failures, as well as track monitoring systems that automatically identify track-related defects, so that efficient maintenance can be planned to minimise disruptions.

4LM is set to make a massive impact in London. Passengers will enjoy shorter travel times, trains will be less crowded and more reliable, and services will be significantly more frequent, with 32 per hour during peak times in the heart of London by 2023.

Technology that goes above and beyond for A400M

A400M; a turboprop, military transport aircraft designed by Airbus Defence and Space and currently in use with the Royal Air Force (RAF), is a major project for Thales in the UK. Considered as one aircraft that can do the work of three, A400M combines the capability to carry strategic loads whilst being able to deliver in tactical locations with small and unprepared airstrips, also acting as a frontline tanker for other aircraft. A400M is a crucial asset to the RAF. 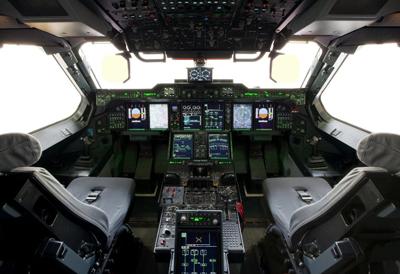 Thales, both in the UK and internationally, has played a pivotal role in the development of this multi-role aircraft. Designed to redefine operational and humanitarian missions, Thales has worked closely with Airbus Defence and Space and the RAF to deliver technology on-board and off, that helps make the aircraft fly.

A400M’s flight management system is also a Thales creation, which provides a highly effective interface between the pilot and the aircraft. The flight management system consists of avionics that control navigation and flight planning, drawing on data derived from sensors, to guide the aircraft along its flight plan and assist pilots in modifying their flight path as circumstances change. Alike to the integrated modular avionics suite, the system was designed to meet the requirements of a military airlifter for supporting all cargo, humanitarian and operational missions – its architecture allows pilots to manage, within the same flight plan, all civil and tactical phases of a flight so as to achieve their mission, including low-level flight capability.

Outside of the aircraft, Thales in the UK is providing Airbus with A400M military training simulators. The simulators help to train flight crews for their missions in a safe environment, as part of the overall A400M Training Services Ltd – a joint venture company formed by Thales and Airbus – to manage the training, support services and maintenance at the RAF Brize Norton training school in Oxfordshire. Thales is also Airbus’s industrial partner to support operations of the A400M training centre at the French Air Force’s Orléans-Bricy base. As well as supplying the A400M full flight simulator, Thales is responsible for planning training activities, providing instruction support and maintaining the simulation systems.

Through the integrated modular avionics platform, Thales has halved the number of parts required, leading to significant gains in direct maintenance costs as communication between the different systems is optimised.

Thales in the UK has played a vital role in the delivery of the Queen Elizabeth-class (QEC) aircraft carrier programme. Alongside the Ministry of Defence, BAE Systems and Babcock, Thales in the UK is a member of the Aircraft Carrier Alliance; a unique alliancing relationship established to deliver the QEC programme, consisting of HMS Queen Elizabeth and HMS Prince of Wales – the largest warships ever built for the Royal Navy. 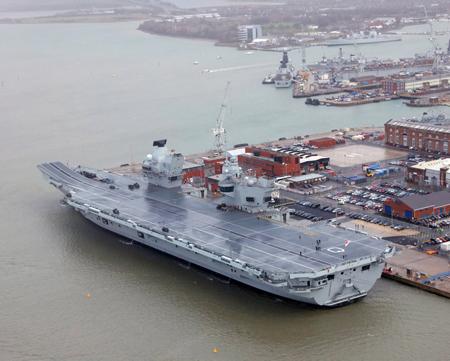 Thales is providing technology for both carriers, including the communications systems. The systems, from wireless on-board to satellite connectivity, allow the staff on the ships to talk to each other, the aircraft, the rest of the Navy and associated task groups, as well as allies, civilian vessels and air traffic with complete security, anywhere in the world.

Power and propulsion is a crucial element of the QEC programme. Comprising Rolls Royce, GE Energy and L-3, Thales has led the sub-alliance to deliver a distribution network that will generate enough energy to support both ships – the equivalent of a large town. Collaboration has been a necessity in delivering other requirements too, including for the implementation of the long-range S1850M radar, which has been supplied by Thales in the Netherlands along with BAE Systems.

Thales in the UK has also been involved in the designing of some of the aircraft due to be transported by the carriers; the Merlin Mk2 helicopters, which are fitted with Thales’s Folding Light Acoustic System for Helicopter (FLASH) Dipping Sonar. The FLASH Dipping Sonar allows the helicopters to locate and track submarines in deep and littoral waters, even in high reverberation and noisy conditions. Plus, the Merlin Mk2 helicopters are fitted with Thales’s Cerberus mission system and Searchwater radar as part of the Crowsnest solution, enabling the aircraft to provide the carriers with vital intelligence, surveillance and tracking.

The QEC programme is currently at an exciting phase, with HMS Queen Elizabeth’s vessel acceptance ceremony – attended by Her Majesty The Queen – having recently taken place in Portsmouth. This landmark moment recognised the warship’s entry into service with the Royal Navy, which will last for 50 years.

The official handing over of HMS Queen Elizabeth, from the Aircraft Carrier Alliance to the Royal Navy, is a testament to the engineering capability within the UK, the country’s commitment to global standing and the years of work that have gone into the construction of the largest warship ever built for the Royal Navy.

At Thales, we are immensely proud to have played such a significant role in getting HMS Queen Elizabeth ready for service. From the original stage one design to power and propulsion, aviation systems and the communication networks on-board, Thales’s contribution will help the carrier to safely carry out her missions at sea. It has been a remarkable achievement from all of those involved.