Space exploration isn’t simply a sign of humanity’s hubris or a brazen desire to find new places to live and new sources of wealth. If we take the risk of venturing beyond our terrestrial home, it’s also to learn more about ourselves and our planet, improve life on Earth, and maybe, just maybe, find or create a new future for our children, says Walter Cugno, Vice President Exploration and Science Domain at Thales Alenia Space.

Why spend such vast sums of money on space exploration and missions to far-distant celestial bodies where most people will never go?

I’d answer that question with a quote from Goethe: “If you want to reach the infinite, then explore every aspect of the finite.” Space is first and foremost a fantastic "playground" for scientists — an endless source of knowledge and learning that’s helping answer some of the key existential questions about Earth’s origins and our place in the Universe.

Space exploration allows us to prove or disprove scientific theories developed on Earth. Studying the solar system, for example, has brought us insights into such phenomena as gravity, the magnetosphere, the atmosphere, fluid dynamics and the geological evolution of other planets.

Scientists today are especially interested in dark matter and dark energy to better understand their role in the hidden mass and accelerating expansion of the Universe. This is the objective of the Euclid1 mission being developed by the European Space Agency (ESA).

Does space exploration have any more practical benefits?

Many innovations in fields ranging from metals and alloys to biology and medicine are the result of space exploration. Some applications — like ceramic coatings in our kitchens, air purification systems, smoke detectors and scratch-resistant glass — are already part of our daily lives.

Materials tested in space, under unique conditions that are difficult to replicate on Earth, can help us to develop stronger, lighter, higher-performance products. One of the experiments conducted by French ESA astronaut Thomas Pesquet on the International Space Station (ISS2), for example, involved testing innovative materials designed to prevent bacterial growth. These new materials have considerable potential for public health and safety applications in hospitals, public transport and the food industry. The current COVID-19 pandemic brings the importance of this kind of research into sharp focus.

Let me give you another practical example. Long-duration missions are tough on the human body. Astronauts suffer loss of muscle mass and bone density, as well as accelerated wear and tear on the circulation system. Monitoring them in space and after they return to Earth is a chance to learn about the effects of ageing and support research into conditions like osteoporosis.

Drawing on our experience in pressurised modules and orbital infrastructure, we’re currently working on a habitation module that could be used in remote or hostile locations like polar bases, desert camps, military outposts and offshore oil and gas platforms. 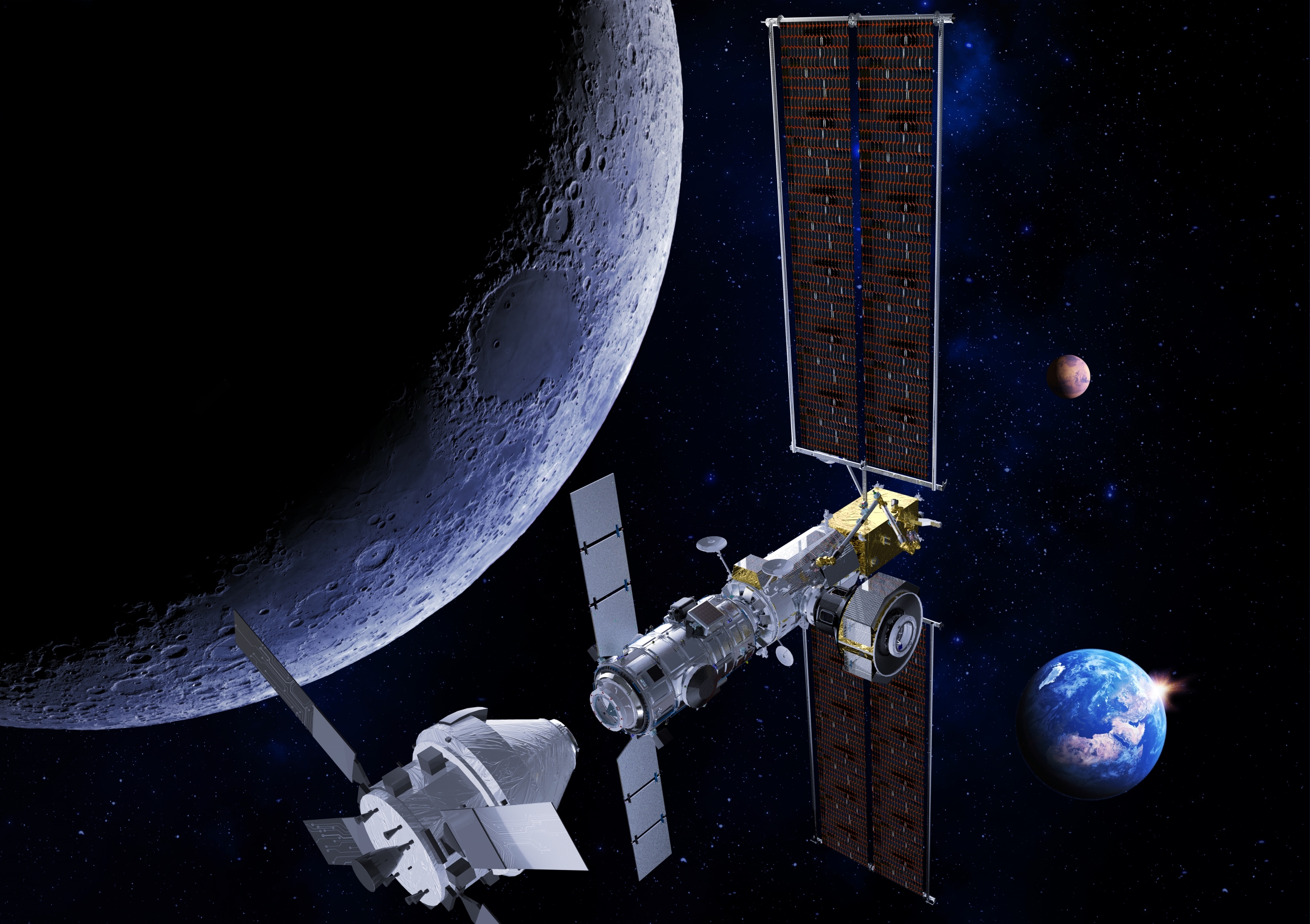 So space is a crucible for innovation?

Yes, but it’s much more than that. Space exploration is a driving force in our efforts to address the major challenges facing society today. It’s educating us about our responsibilities to the Earth and its resources.

How is it doing that?

Astronauts have to survive on limited food, raw materials, sunlight, energy, water and oxygen. Most of the water consumed on the ISS, for example, is derived from urine and other recycled wastewater. So new techniques had to be developed to make sure it’s completely safe to drink.

In 2015, for example, a Cygnus3 cargo spacecraft carried a 3D printer into orbit to conduct tests under zero-gravity conditions. With this kind of printer, astronauts could eventually produce any spare parts they need directly aboard ship. In October 2020, a Cygnus craft delivered essential supplies to the ISS, including food, water, oxygen, propellant, and space parts. One of the many scientific experiments contained in the cargo module involves the testing of a drug that could be used for the treatment of leukemia. All these experiments being handled by astronauts inside the ISS will be re-used in the near future to improve not only the medical sectors, but many others as well.

The EDEN ISS project, meanwhile, aims to develop ways to cultivate food crops in extraterrestrial environments in order to provide food for the ISS and, eventually, for space exploration vehicles and planetary outposts.

Space travel is a great opportunity to test the circular economy. Based on the experience of astronauts, humanity can learn how to better conserve the planet’s resources. 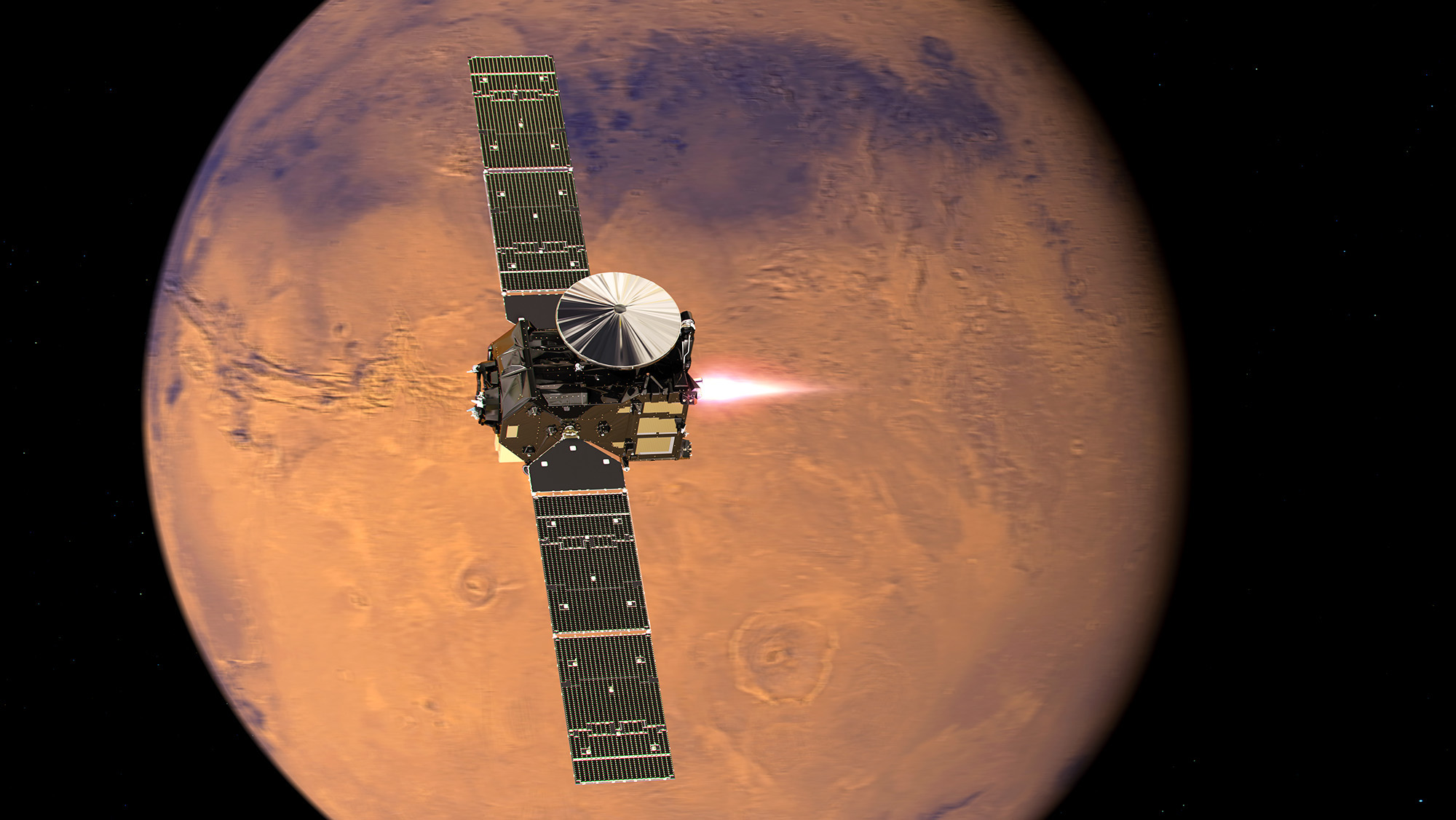 Space is the stuff of dreams for children and grown-ups alike. Extraterrestrial life and voyages through interstellar space have piqued the imaginations of novelists and filmmakers for decades.They seem to have a particular fascination with Mars. As a scientist, do you appreciate this more mythical aspect of space?

Yes, of course — and I love it. Like many other kids, I used to gaze at the stars on summer evenings and dream of voyages into space. I’m really lucky that my childhood passion has turned into a career.

I don’t know if we’ll one day inhabit Mars, or if science fiction will become science fact and confirm or disprove the tales of Aleksey Tolstoy, Isaac Asimov, Philip K. Dick or Ray Bradbury. The Red Planet continues to fascinate, maybe because it’s the closest contender for becoming a host planet — although it still takes seven to nine months to get there. In any case, this fascination with space exploration is helping drive great strides in our knowledge.

For example, the ExoMars4Trace Gas Orbiter (TGO) has been studying the composition of the Martian atmosphere for several years to look for traces of methane, a vital component of life, and determine whether it’s of biological or geological origin. The TGO also serves as a communications relay between Mars and Earth. In 2022, an ExoMars spacecraft will be launched on a seven-month journey to the Red Planet. The aim of the mission is to land a a rover on the surface of Mars to search for signs of past life.

The Mars Sample Return mission5, which is part of an international collaboration led by NASA, will bring back samples from the Red Planet to Earth.

How closely is Thales involved in these missions?

Through Thales Alenia Space, which is 67% owned by the Group and 33% by Leonardo, Thales is a pivotal partner in the most amazing missions to explore the solar system. The technologies we’re developing give astronauts the autonomy they need to embark on long missions — missions that currently last over six months on the ISS and could last several years in the case of future crewed missions to Mars or other deep space destinations.

Moon exploration is also key, because it will serve as a forward base for human missions to deep space. Leveraging its long-standing experience in orbital infrastructures, robotics, space transportation systems and exploration, Thales Alenia Space has become a leading partner, providing 3 pressurised modules for the lunar Gateway space station. Gateway is one of the pillars of NASA’s Artemis programme, which aims to land people on the Moon by 2024.

We are also providing the backbone of the spaceship that will take the next man - and the first woman - to the Moon, while studying an innovative human landing vehicle and future solutions to guarantee a permanent human presence on the lunar surface.

So space still inspires you?

It certainly does! Understanding the environment on other planets where humans may one day live, and studying our own biological systems and how materials behave when not influenced by gravity, are crucially important endeavours for our future — and space exploration is helping us to find answers to our questions.

1 Euclid is a science mission led by the European Space Agency, with Thales Alenia Space as prime contractor.

4 ExoMars is a joint exploration programme between the European Space Agency (ESA) and the Russian Space Agency, Roscosmos - with contributions from NASA - that aims to study the Martian environment, atmosphere and soil. It will lead to an massive data harvest that will feed scientists' research for many years to come. Thales Alenia Space is prime contractor on the ExoMars missions (2016 & 2022), leading an industrial consortium.

5 The Mars Sample Return mission will collect samples on the Martian surface and bring them back to Earth in 2031 for laboratory analysis. Thales Alenia Space will contribute to the Earth Return Orbiter, a key element of the mission.