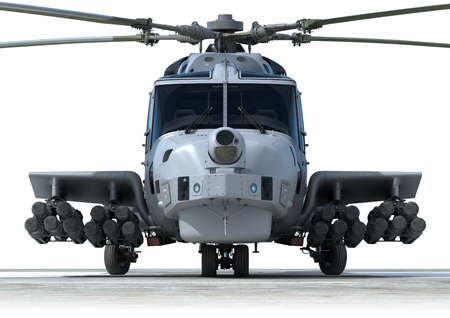 On the morning of 12th October 2000, 17 American Sailors were killed and 39 injured when a small boat, loaded with C4 explosives, was detonated alongside USS Cole, a destroyer in the United States Navy. This attack, orchestrated by terrorist group al-Qaeda, was to serve as an inspiration for additional acts of terror to this day. Here are the most recent incidents:

In 2016 and 2107, the US Navy logged a total of 50 hostile interactions with Iranian forces, including a Sadegh-1 drone which flew within 100 feet of an F/A-18E Super Hornet as was trying to land on USS Nimitz. The Sadegh-1 is capable of carrying weapons.

On 30th January 2018, a frigate of the Royal Saudi Navy was hit by an unmanned, remote-controlled boat that was filled with explosives. Fast Inshore Attack Craft (FIAC) have been used in suicide attacks for some time, but deploying them by remote control is a sinister development.

Also in January 2018, swarms of drones were launched against an airbase in north-western Syria and a naval station on the Mediterranean Sea. The multi-drone attack, which is suspected to have been launched by militants, was the first of its kind.

October 2018, three Iranian Fast Attack Craft raced towards HMS Dragon, a Royal Navy Type 45 Destroyer, threatening to weave between her and the three British vessels that she was escorting through the Strait of Hormuz. Small, fast and agile, such speed boats have the potential to inflict significant damage.

The use of remote-controlled weaponry is spreading quickly among low-tech paramilitary forces and this trend is certain to continue as commercially available drones become cheaper and more sophisticated.  Today, a drone that’s capable of carrying a payload of several kilos can be bought online for less than £1,000.
Much heavier payloads can be handled by top-end (but still freely available) drones, which can be rigged to drop grenades and cluster bomblets.

For the Royal Navy and her allies, being ‘buzzed’ by manned and unmanned boats and flying drones in the Eastern Mediterranean is a commonplace event. So far, the vast majority have amounted to nothing much more than bluster and attempts to test our responses. But the threat is real and will remain for the foreseeable future. The brutal truth is that small drones and fast, agile attack boats are difficult targets to hit.

Heat seeking missiles are an option, but their effectiveness is compromised in a maritime environment because the targets are cooler and the waves cause a lot of clutter.

Another possibility is to use semi-active laser targeting, in which case a powerful laser is directed on to the target and the missile homes in on the reflected energy. This works extremely well for the precise surface-to-air strikes which we have all seen on the news, but it is less effective when firing horizontally at a wet target, which may not reflect enough energy.

So what’s the answer?

Another technology, recently selected by the Royal Navy, is ‘laser beam riding’.

With laser beam riding, a low-power laser beam, which carries encoded information, is directed to the target. The missile is then launched and when it flies into the beam, it’s optical sensors decode the information and it ‘rides’ the beam to the target. The low power and narrow frequency of the beam makes it very difficult for the target to detect, inhibiting counter measures.

Thales uses laser beam riding in its Lightweight Multirole Missile. Capable of being fired from a variety of lightweight, tactical platforms, it provides a rapid reaction to a wide range of threats such as fast in-shore attack craft, drones and shore installations.

On target indication, the weapon operator acquires the target in the display monitor. The operator engages the system’s automatic target tracker, which locks a box around the target on his display. When the target is within range (six kilometres for surface-to-surface and surface-to-air, eight for air to surface) the operator selects ‘System On’ and presses the firing trigger. The missile is launched and is guided automatically to the target.

The supremely versatile Lightweight Multirole Missile is suitable for use against a wide variety of threats in any environment. Its light weight and lack of recoil makes it ideal for use on vehicles, helicopters and fast patrol boats. It can also be integrated with gun platforms on ships.

The war head is multi-effect. It has a shaped charge for defeating armour, plus a blast effect and a fragmentation effect. It will detonate on impact or when it is either one or three metres from the target, as selected by the operator.

Being harassed by boats and drones is part of everyday life for the Royal Navy. Although these threats rarely turn into attacks, it is now only a matter of time – especially as drones become cheaper and more capable. But when the Lightweight Multirole missile enters service the Royal Navy will have a robust and decisive answer to this new and rapidly evolving asymmetric maritime threat. 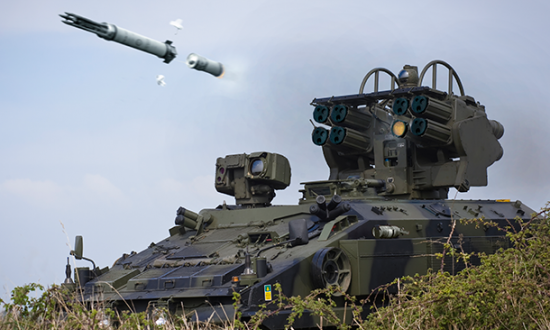 Effectors
Find out how Thales has been working with customers to address traditional, new asymmetric and ever evolving threats