The start of the 21st century has seen terrorism, criminality and political instability on the march. The results are more troubled global waters and a renewed interest in the seas both as combat and security zones. Facing this, and rapid technological change affecting all areas, navies are pursuing strategies to keep them at the top of their game and underpin their effectiveness and mission success.

The country’s new naval patrol ship, ORP “Ślązak”, is a significant part of this story: it marks the country’s maritime aspirations and a return to naval shipbuilding. Following a ceremony at Gdynia, the Polish Navy took possession of the new ship in early November 2019, ready for formal commissioning on the 101st anniversary of the founding of the modern Polish navy.

The navy turned to Thales to help it realise its vision for a robust patrol capability. They had already collaborated on Poland’s Orkan class fast attack craft, bringing Thales’s breadth of systems know-how, and long experience in equipping leading navies, to the Polish fleet. Among the carefully scrutinised competitors for this project, the navy considered that Thales’s approach of combining technical excellence with a long-term commitment to its customers was the right fit to its values of technical rigour and deep understanding of its systems.

Building on an already successful partnership, the navy selected Thales to supply and integrate the entire mission suite for ORP Ślązak. The scope of the work was considerable, with Thales’s Tacticos Combat Management System (CMS)—with its open architecture and latest-sensor design—central to successfully integrating a range of leading-edge equipment on board. Thales’s supplied subsystems are the SMART-S Mk2 air and surface surveillance radar, Sting-EO Mk2  Fire control Radar,  MIRADOR electro-optical system for observation and target tracking, LINK 11/16 tactical data link system, NDDS Navigation data distribution system, Warship Automatic Identification System (W-AIS), and CCTV, which are all integrated into the CMS. Other Thales deliverables include the FOCON-IP based naval integrated communication system as well as the TACAN tactical air navigation system.

Hand-in-glove working was essential to a project that marked Poland’s return to naval shipbuilding, something embodied in the strong working relations between Thales and local partners. The project was led by Inspektorat Uzbrojenia (Poland’s defence procurement agency), with Gdynia-based local players PGZ-SMW (a Polish shipbuilder) and Enamor (for navigation and communications integration) heavily involved. But the partnership also looked beyond the immediate project and towards building the country’s future defence expertise. Thales worked closely with Polish industrial players to transfer technology and knowledge for the long term, with the focus on areas like combat system integration and software development.

The net result? ORP Ślązak was delivered to the customer’s requirements, with the confidence the Polish Navy placed in Thales as its main systems partner borne out in successful and highly satisfactory acceptance tests. The ship’s commissioning represents another milestone in Poland’s enhancement of its maritime capability, and in Thales’s developing role in helping deliver this. It’s a partnership set to continue into the future, with an upgrade of the navy’s Orkan class ships currently under exploration.

16-Sep-2021
Thales signs up for Mobility Week, one more year 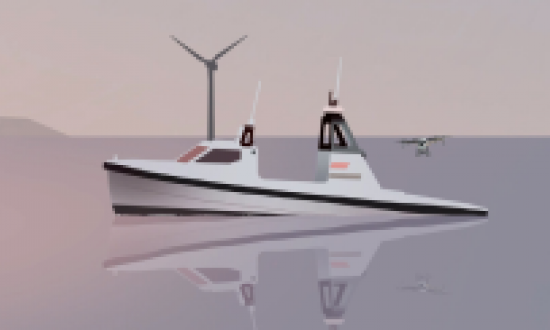