Fintechs might be disrupting the incumbent banking industry. But they haven’t ‘won’. Traditional banks still have many advantages in the battle to improve the lives of their customers…

In 2016, the US-based VC Tom Loverro published a blog post that explored how neo-banks/fintechs were attacking traditional banks. It went viral. Why? Because Loverro took a screenshot of the WellsFargo.com homepage – and added examples of start-ups targeting every product being offered: banking, loans, investment, wealth management, insurance, payroll etc. etc.

This was scary reading for traditional banks.

Shortly after, the analyst firm CB Insights expanded on the theme. It produced a bigger chart detailing the activity of hundreds of hungry fintechs.

Its title? Unbundling the bank.

Six years later, there's no doubt that fintechs have changed the way consumers spend, save and invest. In the process, they have grabbed market share from the traditional banks.

But, against that, the incumbents are still here. And many of them are thriving – thanks to their own embrace of innovation.

They are helped, no doubt, by a factor that makes finance different from other 'under attack' traditional industries: trust.

When it comes to money, people are cautious about changing their habits. This is not the case in, say, music. This is why, today, streaming dominates and the record shops have vanished. By contrast, there are still bank branches on high streets.

So the incumbents still have plenty of goodwill in their favour. Can they succeed in an increasingly digital-first market for financial services?

Before we tackle that question, let's re-cap the story of fintech and what it offers to consumers with money to spend, save and invest.

When banks first emerged, they gave people a place to keep their money safe. Later they used their reserves to make loans to their customers. But over time, they expanded their reach. By the early 2000s, banks were like supermarkets for financial services. You could 'buy' anything there – from a mortgage to a pension to an investment plan. Your bank would also look after the payment 'rails' too.

Technology triggered a new era. Websites (and then mobile apps) provided a new gateway to your money – a more convenient option than the physical branch. The addition of open APIs and cloud infrastructure removed traditionally high barriers to entry in the finance industry.

In quick time, fintech start-ups began cropping up everywhere, bankrolled by VCs with an eye on the next big disruption. Initially, the newcomers targeted single product lines. In the US, for example, Venmo launched a simple app for paying small sums to friends. Today it has 60 million users.

It didn't take long for the new breed of challengers to increase their collective ambition. New digital-only banks emerged all over the world – from Europe (N26, Revolut, Monzo, Hello) to the US (Chime, Simple, SoFi, Varo) to LatAm (Nubank) to APAC (WeBank, Tonik, Kakao Bank).

These disruptors had one major advantage in their favour: they could build their IT platforms from scratch. As a result, they could develop new digital services that were difficult for incumbents with decades-old legacy platforms.

They attracted customers with innovative features such as:

•    Near-instant new account opening without a branch visit
•    The instant issuance and activation of digital cards in wallets such as Apple Pay
•    Instantaneous push notifications when making a card payment
•    Rich data around merchant payments such as date, time, brand logo and even store location
•    User-friendly visuals to show spending patterns by category and over time
•    Upper limits for spend on a chosen type of product/service
•    Ability to freeze a lost or stolen payment card via the app.

The overriding aim was to reduce friction. And it worked. In a test, one UX (user experience) specialist measured the number of clicks needed to open an account across 12 UK banks. At #1, Revolut required 24 clicks to create a new account. In last place, first direct required 120.

Fintechs also complemented their improved UX with cool branding and community ethos. Monzo asks customers for feedback on product launches and fees, and lets them to invest in the company through crowdfunding. Revolut even lets its customers apply to be official brand influencers.

Challenger banks are succeeding all over the world

Digital-first challengers make the banking experience better for the banked. They also cater for unbanked citizens. Which is why they are succeeding in all regions. Here are some examples.

Nubank Brazil
80 percent of Brazilians have smartphones but only 70 percent have a bank account. Enter Nubank, a digital challenger that bases its entire offering around an app and a free-to-use purple payment card. It now has over 48 million customers, of whom 35 million are in Brazil.

Revolut
Revolut is the biggest of the UK's cohort of digital-only banks. It is now active in 31 countries, including the US and 10 in Europe. It has 18 million users, and in 2021, it raised $800 million. This valued the company at around $33 billion – more than the market cap of NatWest.

Tinkoff
Tinkoff is Russia's largest challenger bank. It provides a range of financial services from its 'super app' and now has 18 million customers. In 2021, Tinkoff confirmed plans to expand into Asia.

The success of challenger banks – and the easing of regulations around access to the banking sector – has made it possible for companies from non-finance backgrounds to move into the market. In fact, some experts believe the pretty much any enterprise can be a bank as long as it has a certain degree of customer trust. 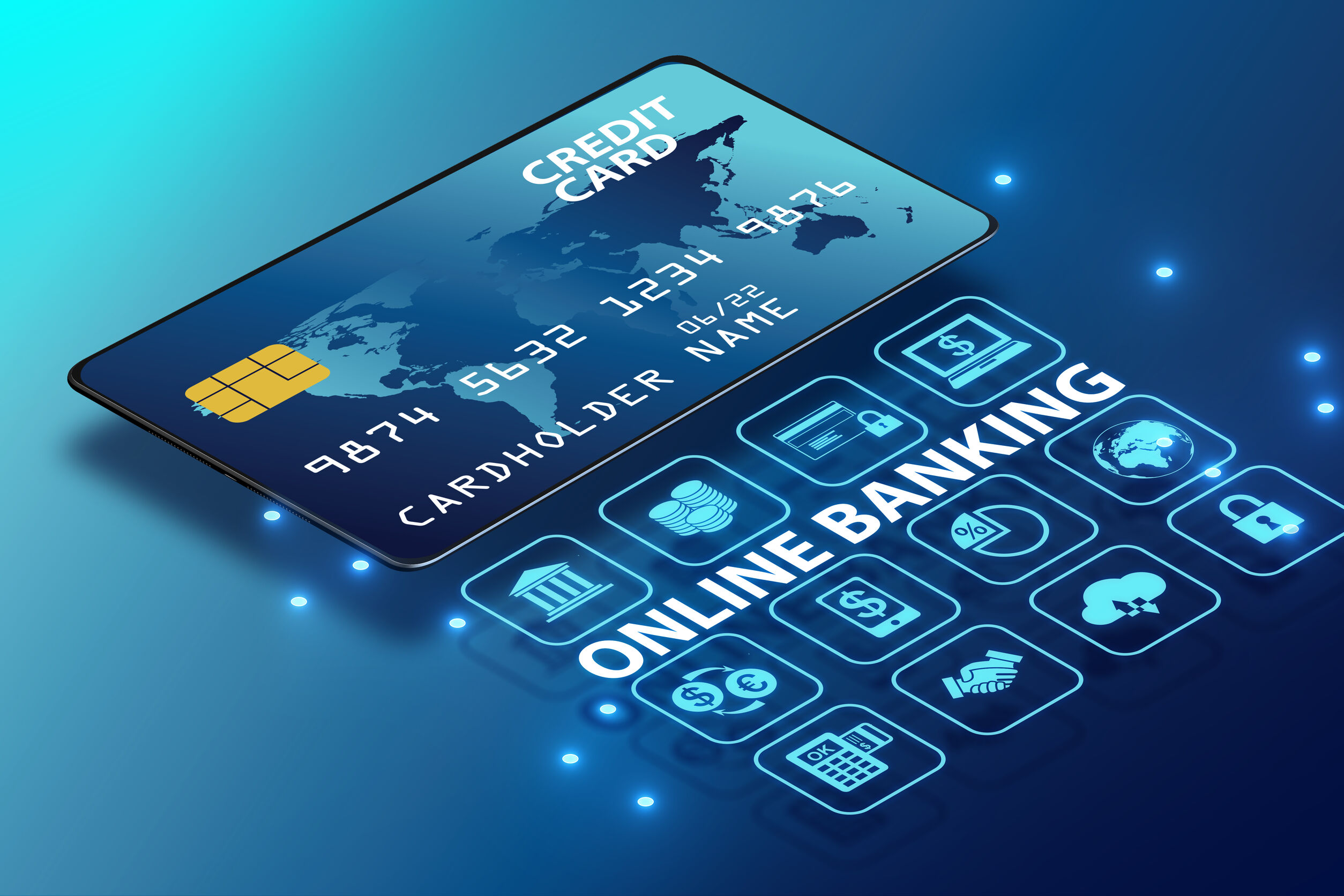 The VC firm Andreessen Horowitz blogged: "The next bank does not have to start out as a bank... the next era of financial services will come from seemingly unexpected places."

Some examples are already here. The mobile operator Orange is now an established bank. Apple launched its own credit card, which might indicate bigger ambitions for the future. IKEA’s owner, Ingka Group bought a 49 percent stake in Ikano Bank. Then there are smaller companies such as Klarna. It started as a 'buy now, pay later' lender. But in 2019, it launched an open banking platform to give customers financial management tools with which "to budget, save and switch more easily between providers and extend new credit and insurance products".

For all the progress made by the challengers, the truth is, they do not dominate the banking space. Far from it. In fact, many of the consumers that do bank with challengers use their accounts as secondary to their main traditional accounts.

According to Ernst and Young, although 31 per cent of US consumers name a fintech as their primary financial relationship, 91 per cent say they still have a direct deposit with a traditional bank.

Moreover, even after a decade, most neobanks struggle to make a profit. In a 2020 report, Deloitte said: "The majority of digital challengers have not yet reached a self-sustaining business model... (they) often rely on continuous capital raises to fund their business expansion."

Perhaps this is why some challengers have abandoned the market. Take Google. In 2020, Google said it would let users open a bank account through its Google Pay app. A year later, it scrapped its plans. Instead, it would focus on helping banks in the background "rather than serving as the provider of these services.”

Traditional banks: fighting back with their own digital-first offerings

All of this is a reminder of the brand and trust premium held by the traditional banks.

To make the most of these advantages, traditional banks are developing their own comprehensive digital strategies. A number of specialists are helping them. For example, Thales offers Digital First – a tailored banking and payment solution that reimagines the customer experience from account opening to payments.

Here are some of its key features:

Research has shown that complex checkout processes can lead to as many as 27% of shoppers to abandon their shopping carts. So how do banks make EMV cards easier to pay with for online purchases? One option is virtual card display. This enables easy copy and paste of details onto a site, so consumers don’t have to enter card details over and over again.

Banks can use biometric authentication and/or digital signatures to ensure only certified users of its app can access it. Should a physical card be stolen too, they can use real-time alerts to keep consumers aware of any unwanted transactions.

Speeding up mobile on boarding

One of the great benefits of digital banking is the speed of on boarding. On the flip side, remote sign-ups heighten the risk of fraud. Solutions such as Digital First by Thales help banks to defend against these risks with document verification, facial recognition (with liveness detection), real-time AML checks and more.

Making sure your card is ‘top of wallet’

Cardholders have a choice when they own multiple payments cards. In a digital wallet, the card which is ‘top of wallet’ wins. Digital First by Thales ensures any newly ordered card always occupies this top spot.

When eMerchants store card details they run the risk of hacks. Tokenization eradicates this risk by replacing these credentials with a string of numbers that is unusable if intercepted. Digital banking specialists can manage the process of issuing EMV tokens to a range of wallet providers, eMerchants and devices.

What is the tech that makes digital banking possible?

The same ‘perfect storm’ of tech advances that has disrupted other industries (music, publishing, video) is also shaking up banking. So what are these technologies? Here are five… 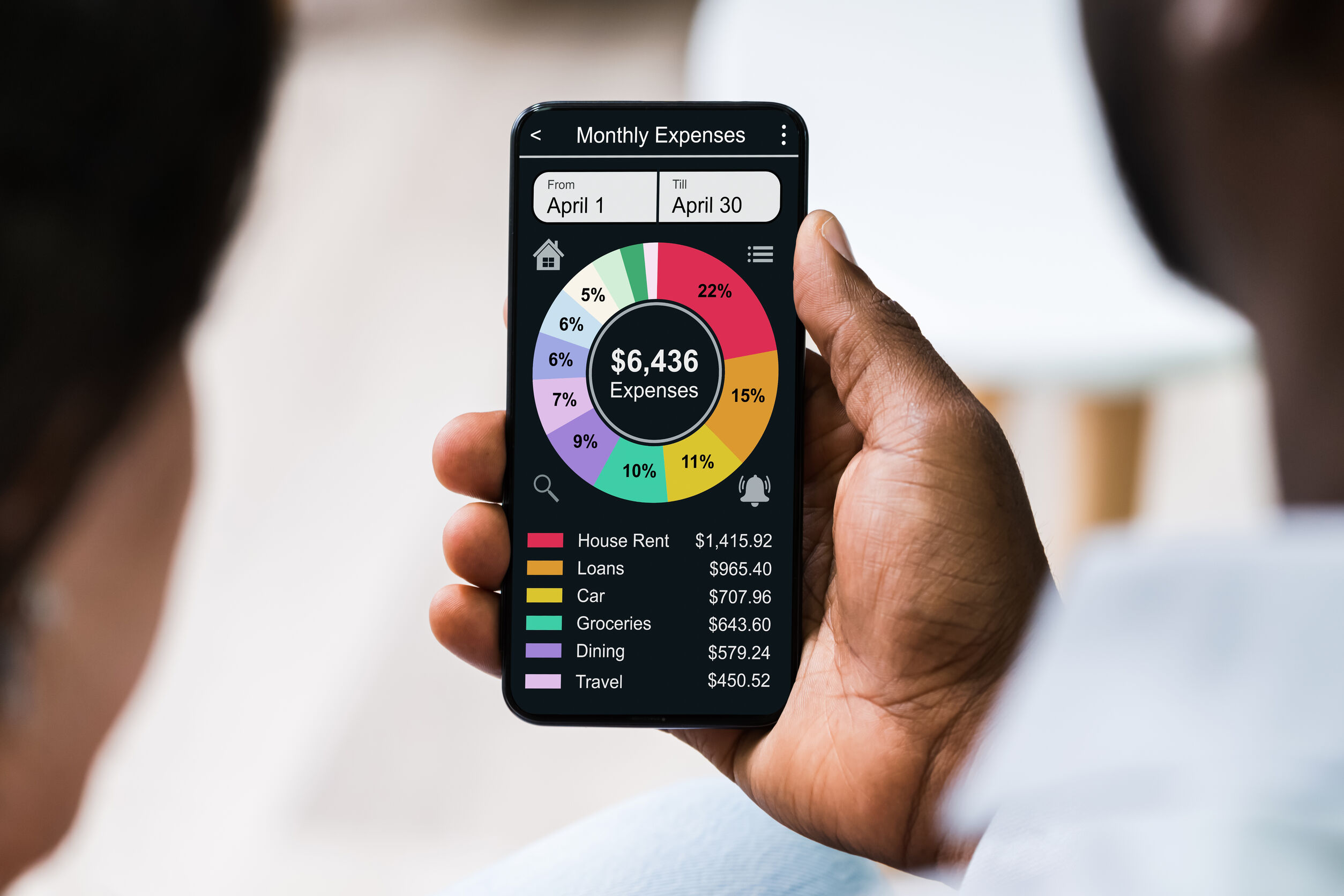 The mobile app
A trip to the bank branch can take hours. Far more convenient to simply open a mobile app. Over the last decade, mobile banking has become the norm. Indeed a 2021 US study found 95 percent of Gen Z and 91 percent of Millennials now bank by phone.

APIs
APIs are ‘handshakes’ that make it easy for one service to access the data of another. Thus, a website doesn’t have to build its own map: it can just use an API to import one from Google. Bank APIs do the same thing, giving fintechs (with permission) access to a customer’s bank data.

Digital ID
In the online/mobile world, physical identification methods such a passports are inappropriate. New digital IDs are needed. Banks are now working with specialist providers such as Thales to build nationwide ‘federated’ digital Identity solutions. An example is Belgium’s itsme built by a consortium of banks and mobile network operators.

Biometrics
Security and user experience are often in conflict. Long passwords are safe, for example, but they are also time-consuming to enter and easy to forget. Biometrics such as fingerprint, voice and facial recognition are simultaneously secure and user-friendly.

Tokenization
The rise of Digital Commerce  means that most payments are now done with ‘card not present’. But when data moves over the air there’s always a risk it can be intercepted. Tokenization replaces this card data with an associated proxy/token card that is unusable if stolen as unreconcilable with its funding card.

How regulation is speeding up the fintech revolution

While tech advances have made digital first banking possible, they haven’t made it legal. When you handle people’s money, you need a licence.

This explains the huge significance of new banking regulation. All over the world, governments have observed the technological changes impacting the banking sector and passed laws that make it easier for new companies to enter the space.

Many new companies launched as a result. And similar open banking regulation has been enacted in other countries such as Mexico, Australia, the UK and Brazil.

7 game-changing innovations that will re-boot banking