The contract provides a logical extension of the existing Thales traffic management system ARAMIS™, and prepares with this first step the path towards Autonomous Train Operations

•    CFL plays a major role as public transport mobility operator in the Grand Duchy
•    The Grand Duchy has a total of 628km of principle tracks, 70 stations and 27 tunnels
•    A total of 9 different rolling stock
•    CFL is driven by meeting changing expectations of its customers, driven by a focus on customer satisfaction
•    “A strategy driven by the interlocking pillars of safety, quality, innovation, knowledge and performance” in order to obtain customer satisfaction
•     Luxembourg first country with free public transport since 2020
•     CFL have strong focus on cost savings enablers
•     CFL becomes more green through new CO2 reduction initiatives
•     CFL sees ATO as next logical step to improve its business performance

The CFL ambition is to deliver a safe innovative, high quality performing railway service to ensure customer satisfaction, as well as delivering economic and ecological benefits to the Grand Duchy and cross border operations. CFL has a history of innovative approaches, Luxembourg being the first country to offer free public transport, and now via GreenSpeed™* paving the way to ATO operations.

Thales has for many years been providing safe and reliable signalling solutions to CFL, and recently concluded a 5th Framework Contract. Branded as “Digital Transformation” CFL strives to continuously improve the operation of its network by evolving in close collaboration with industry peers. Subsequently, CFL recently awarded Thales to upgrade the Thales Traffic Management System, ARAMIS™, with the Aramis C-DAS module – powered by GreenSpeed™.

GreenSpeed™ provides unparalleled operational excellence by closely linking the existing traffic management within ARAMIS to the real time situation of the users of the network. Respecting schedules and timing points the optimal speed profile is presented to the train drivers as simple to follow advice in an intuitive and customised interface. The algorithm-based driving advice ensures improved punctuality and reduced energy consumption as well as maintenance cost. It is important for both passengers and train operators today to save energy and reduce CO2 emission, and ARAMIS C-DAS module is a great way to ensure that those expectations are met.

In addition to delivering driving advice, ARAMIS C-DAS module collects journey data such as speed, position and Estimated Time of Arrival. These data are available in the OCC and in the ARAMIS C-DAS BackOffice to provide a framework for streamlining the entire traffic operation by analysing and identifying suboptimal conditions. This leads to further commercial improvements by optimising timetables, dwell times and timing points on an informed basis and brings valuable understanding of driver performance.

“CFL is pleased to be working with Thales as we expect the ARAMIS C-DAS module to contribute to our efforts in continuous improvement and customer satisfaction. With regards to rail operation, the ARAMIS C-DAS module represents an additional milestone that will enable us to deepen our efforts in punctuality improvement and energy efficiency. This system may also act as an catalyst in the context of CFL’s ATO implementation.” - Henri Werdel, CFL Director of Infrastructure Management

The C-DAS works together with ARAMIS™ to optimise the traffic flow, to provide the ideal speed curve, ensuring strict adherence to the timetable, thereby providing a smooth journey, which is energy efficient, as the C-DAS ensures punctuality with the least amount of traction energy used.

“By deploying ARAMIS C-DAS, CFL is acquiring a future proof, standards-based system paving the way to an ATO operation. Furthermore, the deployment of the C-DAS will enable CFL to optimise their current infrastructure usage, providing customer satisfaction via a smooth and punctual service and its stakeholders by delivering energy efficiency and reduced Co2 emission.” -  Dr. Yves Joannic, Managing Director of Thales Main Line Signalling

*GreenSpeed™ is developed by CUBRIS, a Thales Company based in Denmark. 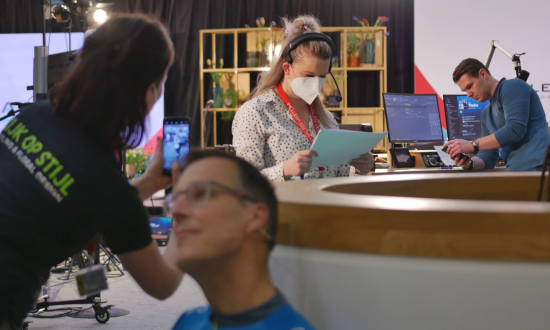 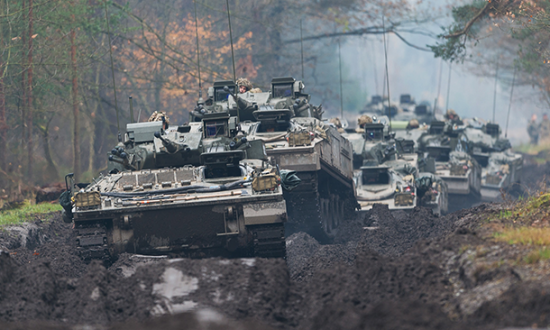 26 Jan 2022
Connectivity – at the heart of Collaborative Combat