Took place yesterday, a working session, to present the new ETCS L2 Railway Circulation Management technology, through the demonstration of the Pilot Installation at the Elvas Railway Station, within the scope of the new section's construction between Évora and Eastern Line, inserted in the Southern International Corridor.

The initiative was attended by the Secretary of State for Infrastructures (SEI), Jorge Delgado, the Vice President of Infrastruturas de Portugal (IP), Carlos Fernandes, and the Country Director of Thales Portugal, João Araújo.

During the session, Jorge Delgado, Secretary of State for Infrastructure, highlighted that we are in a "historic phase marked by technologies with greater capacity, greater security", stressing the importance of the Infrastructure Manager and Operators being "attentive to new systems and keeping up with something very important". For the government official, "Portugal cannot lose the carriage of European funding", leaving a certainty: "the next few years will go down in history", he concluded.

Carlos Fernandes, vice president of IP, highlights the importance of the session taking place “at the first place that will receive the European Traffic Management System ERTM – ETCS”, as he notes that this is “a symbolic moment for IP and for their partners”.

João Araújo, CEO of Thales Portugal said that for the pioneering mission of introducing the ETCS L2 in Portugal, “the Thales Group reiterates its confidence in Thales Portugal and reinforces its local competences through a program of know-how transfer about this new technology, in order to ensure the continuity of a high level local technological support for all IP's needs”.
The Thales Group, through Thales Portugal in consortium with SISINT, assumes the responsibility given to it by IP to ensure the introduction of new technologies and thus raise the technological level of the National Railway Network to the highest international standards.

ERTMS what it is?

This system also includes the harmonization of operational rules, in order to obtain a common level of security.

The implementation of ERTMS system is a strategic vector for European interoperability, improving safety and operational performance, and guaranteeing the profitability of existing lines and technical feasibility of projects under development.

The ERTMS system consists on the following subsystems:

• The European Train Control System (ETCS) is a sophisticated Signalling Command and Control system, involving complex computerized equipment at the level of rolling stock and infrastructure, that allows the protection of trains through the acquisition and processing of digital information on board collected/transmitted from the infrastructure.

• The Global System for Mobile Communications for Railway environment (GSM-R) has fixed and mobile telecommunications infrastructure. Provides a standardized application for radio voice and data communications. ERTMS levels 2 and 3 require the GSM-R system as the means of data transmission between the infrastructure and the train.

• The implementation of the ERTMS system also presupposes changes in safety requirements, signalling principles and operational rules, which include European rules harmonization for the operationalization of ERTMS and also new specifications that allows Rail Traffic Management at European level.

The adoption of a common European rail traffic management system allows an infrastructure, as well as rolling stock, to be considered interoperable, which facilitates a successful operation, increases the performance of rail transport, increases infrastructure capacity and commercial speed, simultaneously reducing system lifecycle costs and investments.

The advantages of adopting the European rail traffic management system ERTMS are overwhelming, given that in the current European situation there is no other solution that can be subject to obtaining funding.

Conditions will also be created for technical and operational compatibility in connection to adjacent sections, and compliance with technical interoperability provisions.

The Southern International Corridor is part of the high-speed link between Lisbon and Madrid, making it possible, with the works being carried out on the Spanish side, to unite the two capitals from a rail point of view, thus increasing the competitiveness of this transport. 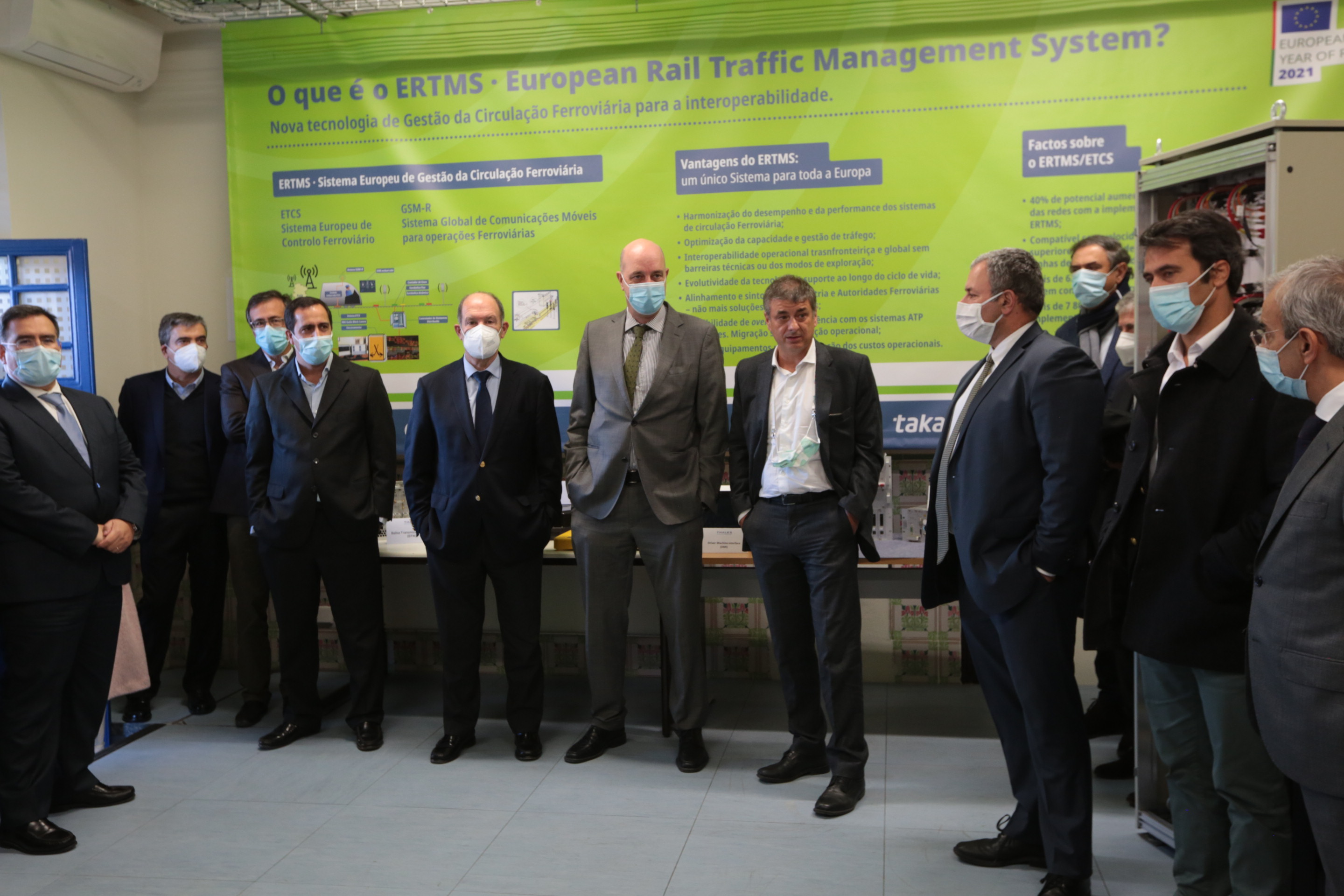 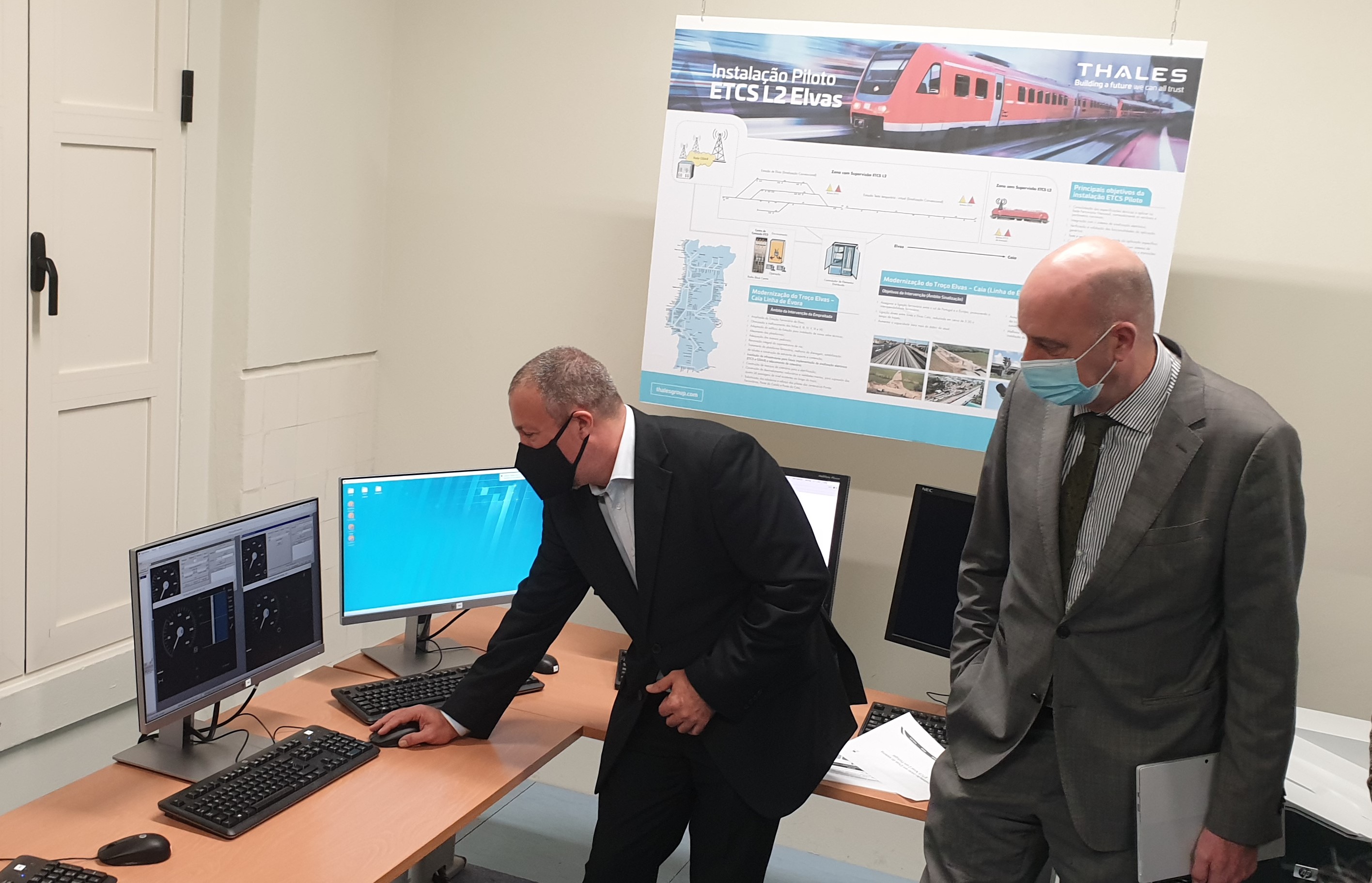