Thales to deliver the world’s first fully integrated unmanned mine countermeasures system for the Royal Navy and French “Marine Nationale”. 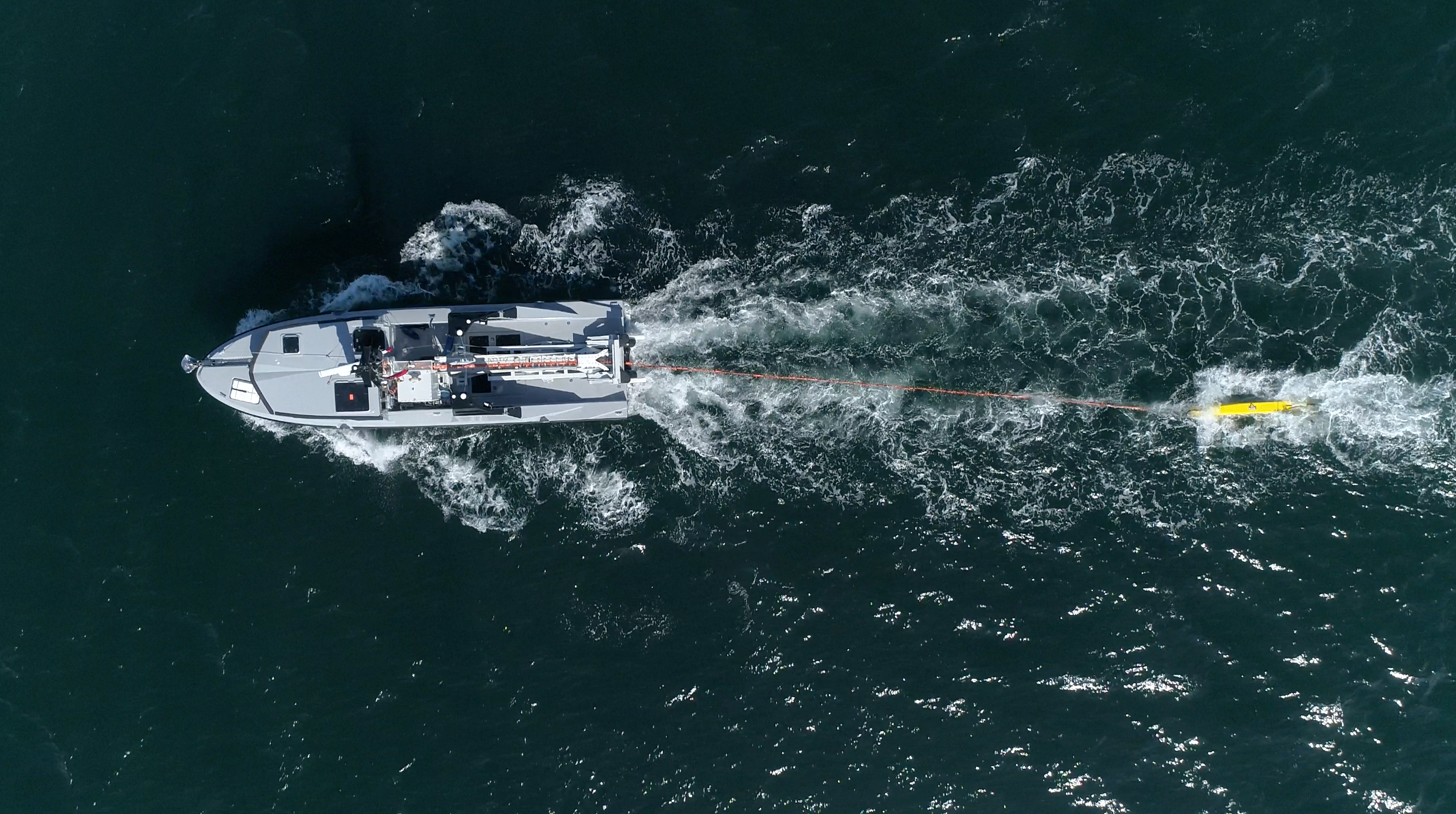 Following the first phase of the program in which two demonstrators have successfully proven their operational performances at sea, France and the United Kingdom marked the tenth anniversary of the Lancaster House treaties by signing a joint contract for Thales to start the production phase of MMCM to deliver eight unmanned mine hunting systems (four for France and four for the United Kingdom).

With the threat of mines and improvised explosive devices present in all conflicts involving naval forces, countries need to strengthen the protection of their maritime domain, to ensure the protection of their assets and to safeguard the freedom of civil navigation. At the same time, it is essential to limit human exposure to mines. With 50 years of expertise serving navies around the world, Thales develops technologies that enable the transition from conventional solutions, such as minehunters, to unmanned solutions. The MMCM program is the first step in the renewal of the operational concept for mine warfare in France and the United Kingdom, based on the use of unmanned systems which could potentially replace traditional minehunters.

This is a step change in capability, improving performances, productivity and removing the need to place members of the armed forces in harm’s way. It strengthens the leadership of the French Navy and Royal Navy as world leaders in both mine hunting and unmanned systems in the maritime domain.

The subsystems developed for the programme by Thales and its partners include Unmanned Surface Vehicles (USV) to transport and connect solutions and a cutting-edge sonar (SAMDIS) offering unique Single Path Multi View capability to identify and classify threats. The SAMDIS sonar can be carried by Autonomous Underwater Vehicles (AUV) or by Towed Synthetic Aperture Multiviews (TSAM) vehicle operated from the USV. The USV can also carry a Remotely Operated Vehicle (ROV) to neutralize the threats. The entire system is remotely supervised by operators
working from a Portable Operational Centre (POC) capable of controlling up to three systems in parallel at sea.

MMCM is the only proven system to offer advanced technologies, including autonomy, to improve performance and productivity thanks to the combination of unrivalled real time user experience using big data exchanges with trusted augmented artificial intelligence (A2I) to provide huge improvement of customer trust in operation clearance and increase the security of national interests. As a result of Thales’s open-architecture approach to MMCM, these new technologies can be easily integrated into the overall system, providing the navies with the opportunity to introduce new operational capabilities, in a planned way, throughout the life of the system.

After the success of the first configuration conducted under real operational conditions with the complete system, Thales is now fully committed to deliver the first operational systems to French and British navies by 2022. This program testifies of the exemplary cooperation between the two states and industrial teams and anchors Thales’s unique expertise and World leading position in conventional MCM, supporting over half the world’s anti-mine vessels with over 300 systems in service.

“Thales is grateful to France and the United Kingdom for trusting such an important technology transition with the Thales teams in France and the UK. To date during trials, the MMCM systems and its assets have covered the equivalent of 30.000 soccer fields at sea, sometimes with very rough sea conditions. This is indeed a step change in how Navies will be able to respond in the future to vicious threats such as mines and improvised explosive devices at sea.” Alexis Morel, VP Underwater Systems, Thales.