Malaysia relies on Thales for its new Military VHF radio 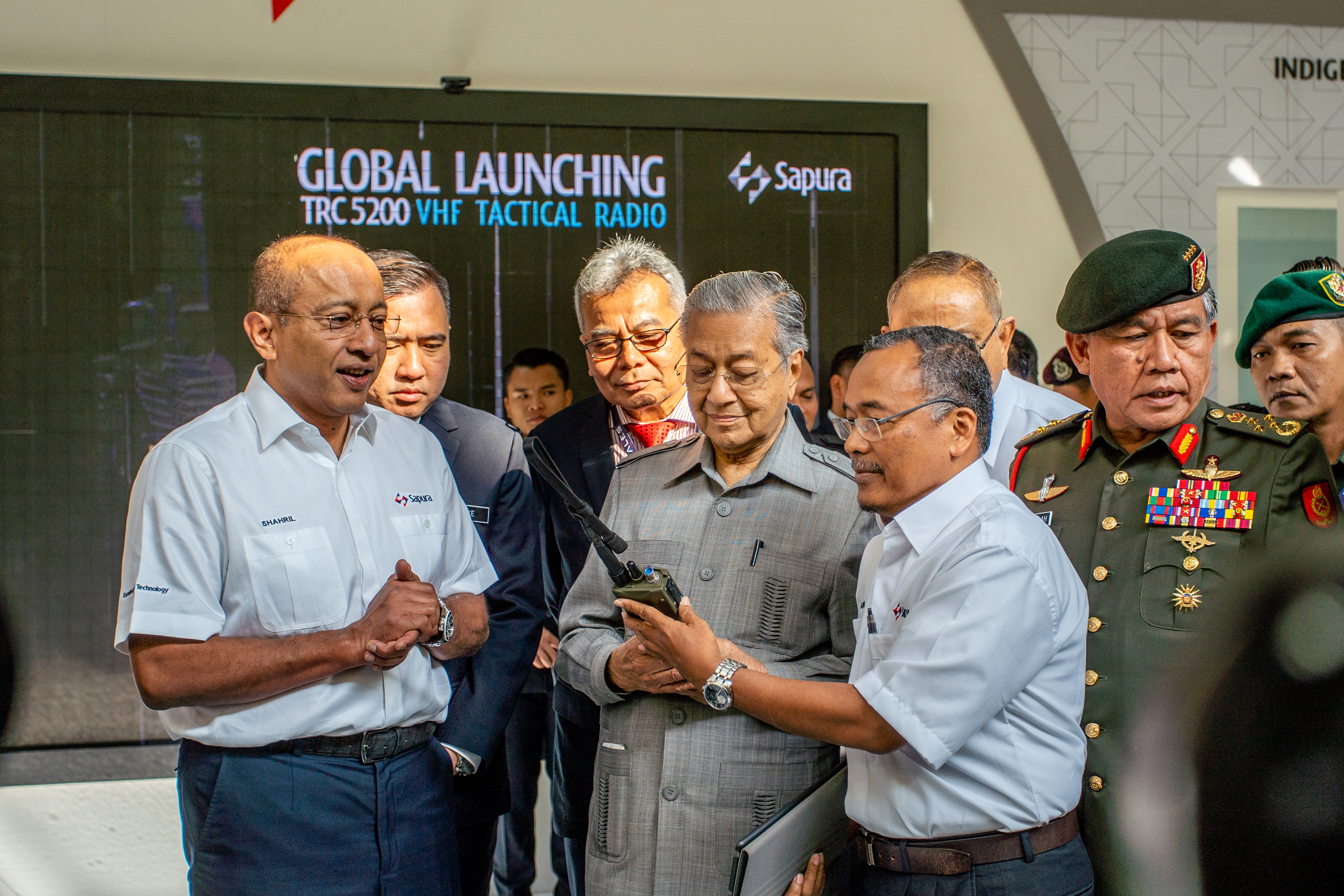 Malaysia has highlighted the importance of a strong local workforce in supporting the country’s economic growth. Announced at this year’s budget, one of the key priorities for Malaysia is human capital development and the country is focused on empowering the local workforce with industrial capabilities and knowledge.

The launch of the second generation of Sapura’s Military VHF radio, the STE TRC 5200 by the Prime Minister of Malaysia, Tun Dr Mahathir bin Mohamad marks a significant milestone in the country’s’ local industrial capability.

Over 5,000 units of the first-generation of handheld radios were sold worldwide to countries in Asia, Middle East, Africa and South America. This new generation radio, the TRC 5200 VHF 5 watt handheld radio is fully designed and developed in Malaysia by STE and will be available in the market worldwide by the third quarter of 2019.

Field trials have been performed in several countries worldwide including Malaysia, STE expects to sell more than 10,000 units of these new generation radios within the next five years, as the first-generation radios has a  proven track record across markets.

“Thales is excited to launch the new generation ‘Made in Malaysia’ radios with STE. It is a clear demonstration not only of our commitment to Malaysia’s human capital development, but also how our expertise and solutions are aligned with the country’s ambitions. We have been working closely with our key industry partners and customers to help deepen the skills and knowledge of the local workforce and we look forward to even greater collaborations in the future, as we fulfill our offset obligations in the country,” said Thomas Pistre, Country Director for Thales in Malaysia.

Thales has been supporting Malaysia’s ambitions for over 40 years, building long-term partnerships with key industry partners and developing local talents. Since its establishment in 1996, STE has been designing, developing, producing and exporting handheld radios and tactical communication systems together with a range of accessories that are being used in several Armed Forces around the world.

About Thales
In a constantly changing and increasingly connected world, Thales stands by those with great ambitions: to put digital technology at the service of a better and more secure world. Our 5000 specialists in critical information technology and cybersecurity design a unique range of exceptional technological solutions that meet the most demanding requirements of our customers - governments, administrations, large companies, vital operators. More than 50 countries and 130 large companies handling critical business processes and sensitive data rely on Thales, the European leader in cybersecurity and the world leader in data protection, to ensure their digital transformation. With 66,000 employees in 56 countries, Thales generated sales of €15.9 billion in 2018.