Navies around the world need to perform a variety of missions from Maritime Security Operations in territorial waters to Power Projection including interventions on external theaters of operations, and from coastal environments to the deep sea.

Maritime Patrol Aircraft (MPA) have been used intensively since WW2 to detect and prosecute submarines. These platforms are extremely useful as they can very rapidly rally areas of operational interest and deploy their sonobuoys at sea. They operate covertly in passive mode or creating a surprise effect for a submarine. The latest technological advances have introduced spectacular breakthroughs in this field through the variety of buoys used and the performance of the processings developed.

Thales offers two variants of the Bluetracker product as follows:

Beyond the various types of sonobuoys that are available on the market, BlueTracker can process the new SONOFLASH Active/Passive Low Frequency sonobuoy developed by Thales. SONOFLASH features impressive detection capabilities that can be multiplied when used in multistatic mode with other collaborative buoys or with the FLASH dipping sonar as their operating frequency bands are consistent.

In a world where Navies are facing growing and sometimes unexpected threats and challenges, Anti-Submarine Warfare is resurging as a key discipline for the 21st century and Thales BlueTracker product range offers the best solutions to ensure Navies effectiveness and safety at sea. 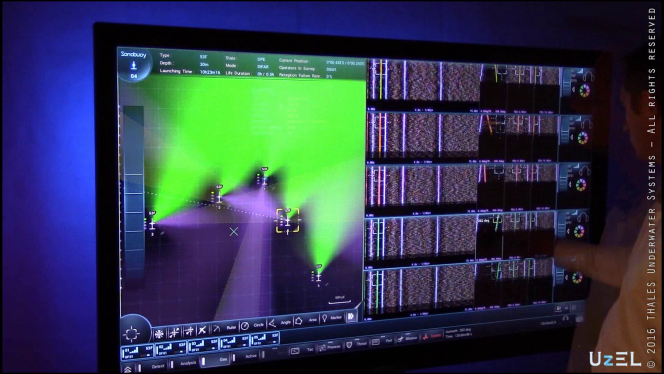 The French defence procurement agency (DGA) has awarded Thales a contract to develop, qualify and manufacture the SonoFlash air-droppable sonobuoy.