​Consumers in Taiwan have an easy way to pay for a range of services, thanks to EasyCard, a touch-and-go IC ticketing system for the Taipei Metro, bus services, selected parking lots, stores, and government agencies. 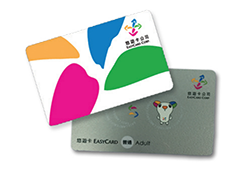 A single card for transit, EMV payments, and ATM access.

Gemalto started working with EasyCard, also known as the YO YO card, to create a single card for transit payments, EMV banking, ATM access, and future NFC use in 2002.

Since then, the system has taken off.

Micro-payments in retail too

In 2014 alone, 50 million cards were issued, and these were used to make an average of 5.7 million transactions a day.

Gemalto started rolling out second-generation EasyCard products in 2014. This new generation has enabled EasyCard to extend its reach beyond the transport system into general commerce, and it now has more than 10,000 merchants accepting payments.

Convenience stores and supermarkets such as 7-11 and Family Mart also accept the Easycard for payment.

It also plans to expand the system to other systems.