Massive IoT refers to the Internet of things on an unprecedented scale.

It is a global phenomenon, combining the power of a multitude of sensors, connectivity, and data processing to create new ways to solve problems. From the ability to monitor water quality to detecting when a shipment is on its way, the massive IoT is changing how we do business.

And massive IoT applications are expected to expand rapidly over the next few years.

Based on Ericsson's recent mobile report, 52% of all cellular Internet of Things (IoT) connections will be Massive IoT connections by 2025.

But more on these later.

In this article, we'll explore massive IoT and how it differs from traditional IoT and critical IoT with different use cases.

We will also discuss business drivers and some of the challenges we must address before it can reach its full potential.

So, if you’re looking for a global picture of massive IoT in 2023 and understand how it may impact your projects, you’ve come to the right place.

Massive IoT, or Massive Machine Type Communications (mMTC) in the 5G terminology, is a new term for an old idea: connecting a large number of battery-driven devices, usually unattended, with low complexity and low cost, via cellular networks.

The massive IoT devices are characterised by long battery life and low throughput speeds, which are perfect for sensors that can be distributed across vast areas.

So, how is the massive Internet of Things different from the regular IoT?

The Massive IoT differs from the regular Internet of Things (IoT) in several ways.

Clearly, it is a new way of networking that connects devices on a massive scale.

The term has been used since about 2018, but it's become more relevant as LPWANs and 5G are gaining momentum.

Massive IoT is an ecosystem that uses cloud and edge computing, big data analytics, and artificial intelligence (AI) to make vast quantities of data more accessible and valuable for businesses.

For instance, Walmart said in 2021 that they manage about 1.5B messages from IoT devices daily. In particular, the company uses IoT to help maintain food in refrigerators and coolers and plan beforehand in-store maintenance needs.

So, there's no surprise that the term "massive" also refers to the fact that this type of technology handles high volumes of data at ever-increasing rates—in other words, this is typically the scope of big data.

#3. Massive IoT and critical IoT: what are the differences? 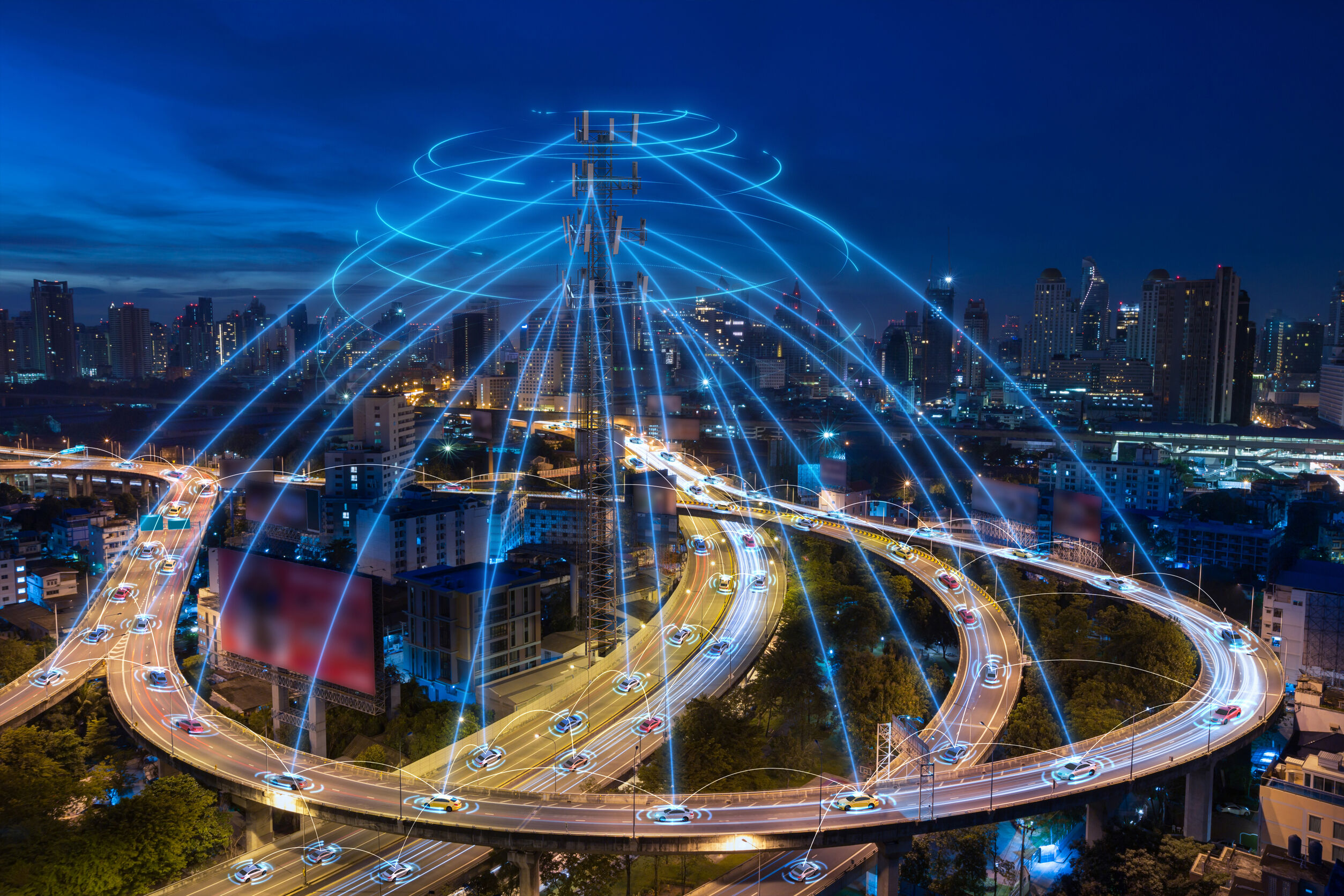 Traffic-safety use cases are often associated with critical IoT.

On the other hand, massive IoT is characterised by many connections, small data volumes, infrequent transmissions, low-cost devices and stringent requirements on energy consumption.

In essence, fundamental differences between critical and massive IoT include: 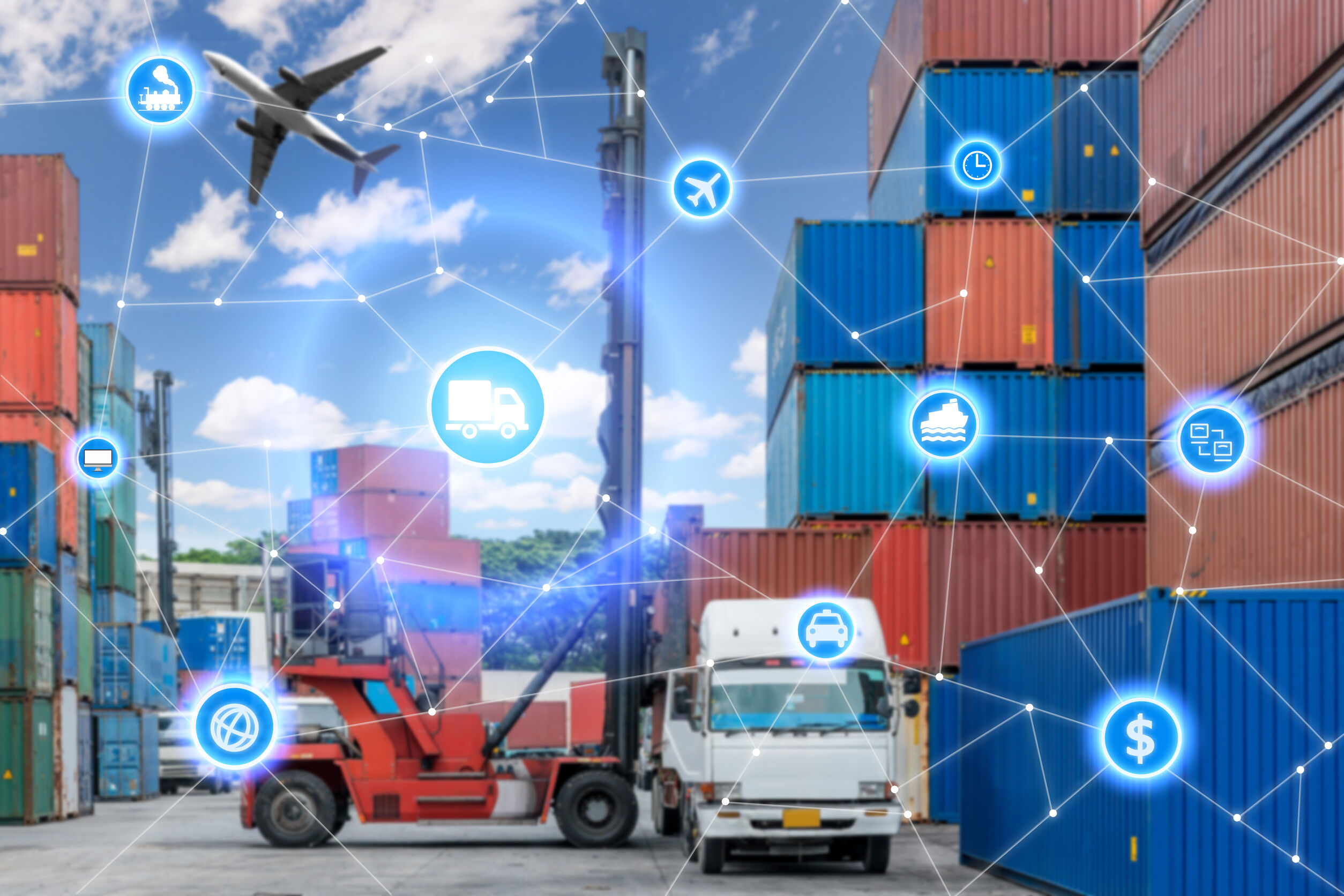 The massive IoT is a term used to describe the Internet of Things that has grown beyond the confines of the home or office and into areas like manufacturing facilities, transportation, agriculture and public infrastructure.

The most common use case for massive IoT is industrial automation, where machines can interact with each other without human intervention. This allows companies to control large amounts of machinery or automate repetitive tasks remotely.

One of the most popular applications for the massive IoT is predictive maintenance: businesses can use it to predict when their equipment will break down, so they'll know when it needs servicing or replacement before it breaks down. This ensures that their operations run smoothly and that downtime is kept to a minimum, which leads to higher profits for them.

Another application is remote monitoring: using sensors attached to machines (like those used in manufacturing), companies can monitor their production processes remotely via an app on their phones or tablets instead of having someone physically check on every machine every day. This saves money while also increasing productivity levels because there are fewer interruptions in production due to human error or lost time caused by employees not being able to reach each other quickly enough.

Another use case for massive IoT would be smart cities where devices such as parking sensors, lights, street lamps, heating systems, security cameras, waste management, and even rented bikes can all be controlled from a central hub. This feature also reduces costs because devices only need one interface instead of multiple interfaces per device type.

Smart buildings use sensors to detect changes such as temperature or humidity levels, which trigger actions such as air conditioning systems turning on or off automatically, depending on whether they need cooling or heating at that time. This process means less energy consumption because systems don't have to run continuously throughout the day when they aren't required.

Smart metering: Connected devices such as electricity, water, or gas meters are another opportunity for extreme coverage of the massive Internet of Things.

Fleet management solutions with monitoring of assets and fleet maintenance and tracking primarily based on big data and IoT have already proven to be game-changers for many freight and transport companies.

The massive IoT is a new frontier, but it's not without its challenges.

The first challenge is data traffic.

As more devices connect to the Internet, the amount of data generated increases exponentially. This trend means that businesses need to be able to effectively handle huge amounts of data coming in from all over the world.

It also means having a system that can scale up quickly when needed and down again when not in use - such as during non-peak hours or if something goes wrong with one part of the system (like an update).

Another challenge is security—or rather, security design.
Data security is a significant concern for companies who want to use these technologies for their business needs. They need solutions that help them with authentication, encryption and privacy policies before sending any data from their systems back onto the network. 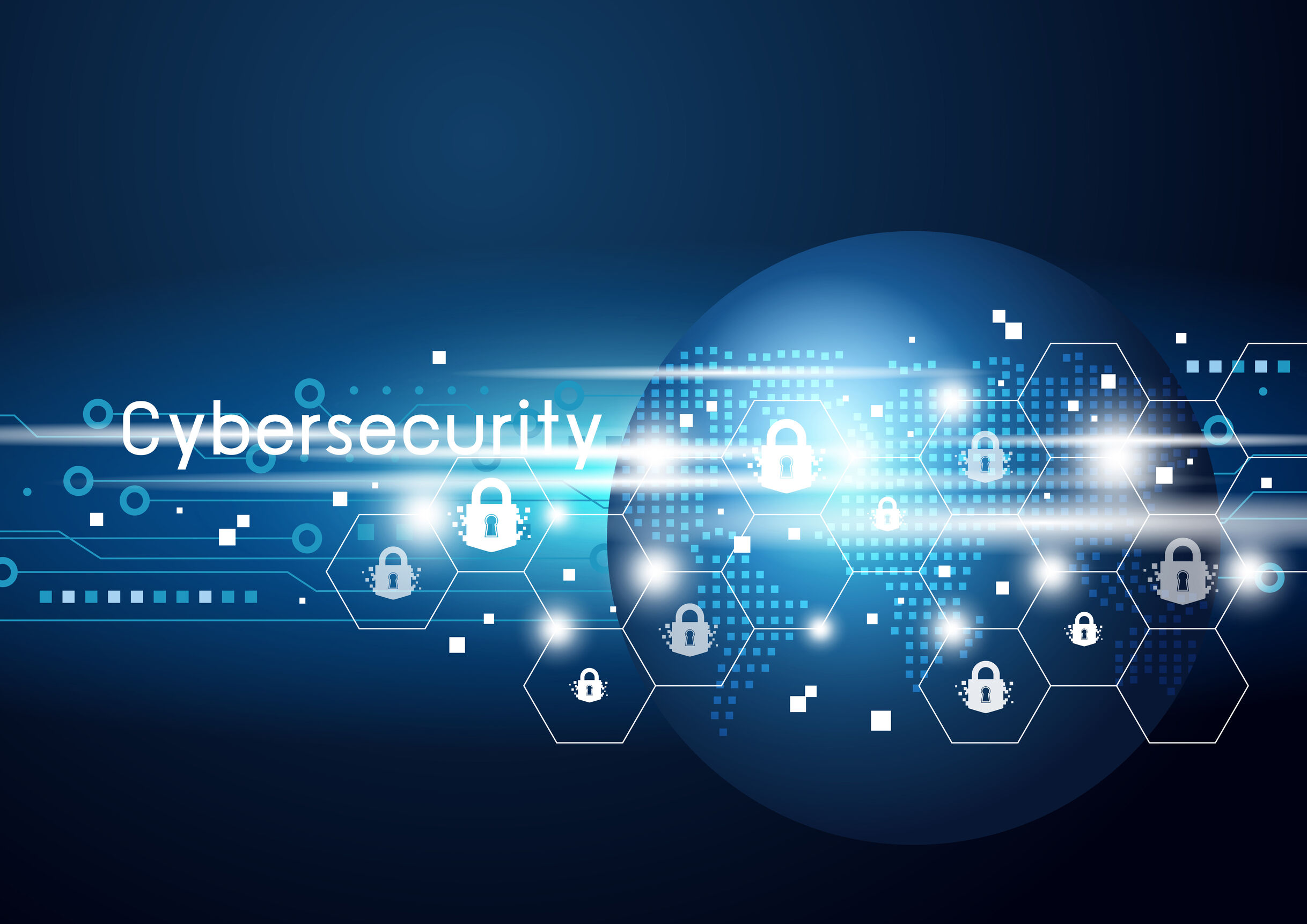 In numerous hardware deployments and instances of IoT design, security considerations are often added late in the design and prototyping phase.

Security design should always be considered before implementing any new technology into systems to ensure that companies access only the information they need and do not expose any private information to unauthorised parties.

In addition, data privacy policies should meet personal information protection regulations such as California's CCPA (2020) and CPRA (2023), the EU's GDPR (2018) or Brazil’s LGPD (2020) so that companies don’t have any issues when they're dealing with customer data.

A third challenge is to keep simplicity as a principle.

Many companies run into issues with the sheer number of devices and configurations involved in large-scale deployments. In addition, the volume of data collected by these devices presents a challenge for operations teams, who need to ensure they can securely handle all of this information.

The challenge of simplicity is one that we at Thales are particularly focused on, from massive deployments to daily operations.

Finally, there are challenges related to connectivity.

How do you ensure that all these devices stay connected?

NB-IoT provide low-power connectivity options for small devices such as sensors or wearables; however, larger objects like cars require much more powerful connections like 5G.

With billions of connected devices around the world today, it's no wonder that network operators are struggling to keep up with demand. Many carriers are upgrading their networks to 5G to cope with the demands due to increased traffic from connected devices, both for consumer and industrial use cases. 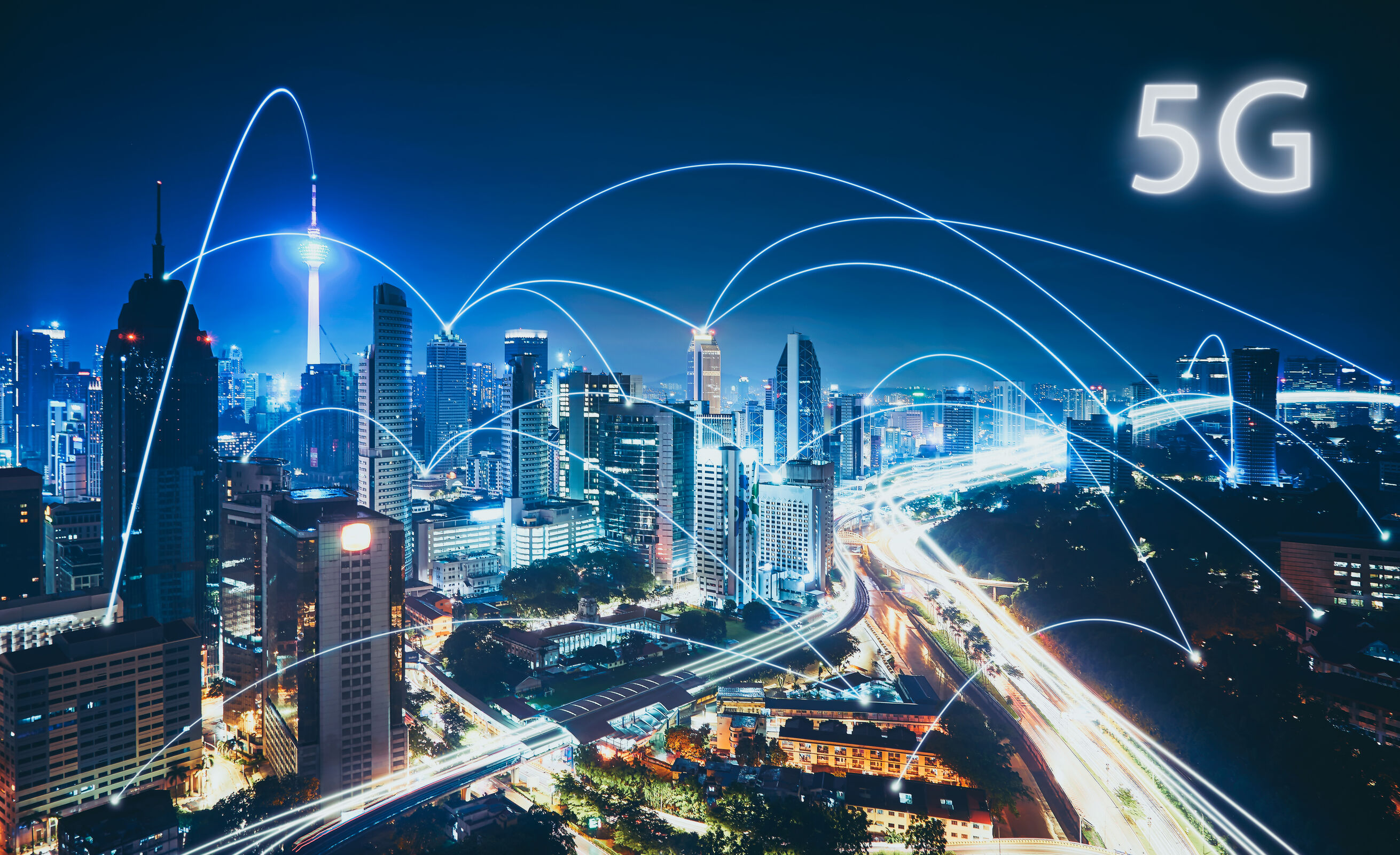 5G is ideally suited for the IoT.

While many technologies could enable massive IoT connectivity without sacrificing security or performance, the two most widely used are low-power wide area networks (LPWANs) and 5G.

These technologies give IoT designers and architects lower costs and additional options at the low end of performance and completely new potentials at the high end.

LPWA networks play a significant role in connecting the billions of new devices shaping the IoT.

But 5G is the future of massive IoT deployments. It has the potential to provide high-speed, low-latency connectivity for billions of devices, significantly reducing response time and increasing the efficiency of low-powered constrained devices.

Yes, you read that right! 5G has 500x more connecting density than 4G LTE. (mMTC – Massive Machine Type Communications). This is a key foundation for the future of massive IoT.

Stay with us and discover a new tech champion for massive IoT deployments.

SIM, eSIM and iSIM are at the core of any IoT use case that relies on cellular connectivity.

According to a recent Ericsson Mobility Report, in 2021, the IoT comprised a total of 14.6 billion individual connections. Of these, 13% were cellular connections. By 2027, the IoT is predicted to reach over 30 billion connections, with 5.5 billion cellular links, an 18% share.

An eSIM occupies x60 less space than a nano SIM. Furthermore, iSIM does not occupy any space as it is part of the cellular modem chipset.

What's so special about eSIM?

eSIMs (aka embedded SIMs) and iSIMs are built into the device, as the name suggests.

They provide easy and instant connectivity and save valuable space.

No physical SIM card and tray allows manufacturers to enhance device features – such as a larger battery – or create more discrete wearables. This could also decrease dust or water damage due to fewer holes in the device.

The eSIM and iSIM, linked with an instant activation service, are lifesavers.

eSIM technology service providers can simplify IoT device activation while saving costs and time and provide immediate access to new services for the satisfaction of customers.

Simplified manufacturing processes and logistics: With eSIMs and iSIMs, any device deployed by a service provider can link to any Mobile Network Operator, regardless of the product type.
For service providers, there's no need to manufacture multiple product variants and support different networks.

Easier remote management: Instead of regularly sending out technicians to update devices and SIM cards at the end of MNO contracts, eSIM technology gives service providers the capacity to update their devices remotely. A web portal allows technicians to quickly update a device's network provider from their office, saving time and costs from unnecessary maintenance visits.

Streamlined installation: Devices with embedded SIMs can automatically pick out the optimal MNO network for any deployment site. As a result, technicians no longer need to spend hours travelling and testing devices for their connectivity requirements.

The future of large-scale cellular IoT is bright with ongoing technological advancements such as eSIMs (embedded SIM cards), LPWAN, and 5G networks.

These technologies are expected to be crucial in developing massive IoT projects worldwide.

On this matter, Thales, a global leader in remote eSIM provisioning, has brought a straightforward and flexible new solution tailored to the requirements of massive IoT rollouts.

Combining the consumer GSMA standards and machine-to-machine (M2M) concepts, this solution paves the way to a powerful new offer for untapped markets.

Thales is leading the way towards the new eSIM GSMA SGP.31 and SGP.32 standards, ensuring full support for the scalability demanded by massive IoT. As a result, customers benefit from a field-proven solution that will evolve in line with the GSMA standards, fully adapted to the massive IoT segment.

With Thales Adaptive Connect, an IoT Service Provider can simply download local mobile subscriptions for a large fleet of eSIM-enabled IoT devices - when needed in the field and across various countries. 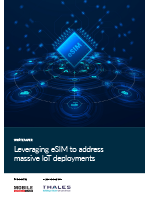 For the consumer market eSIM has already achieved fast adoption and is gaining strong momentum in IoT segments such as automotive However, for the emerging massive IoT sector, characterized by its multitude of low power devices, significant opportunities exist for eIM.