Amsterdam, April 5, 2016 – Gemalto (Euronext NL0000400653 GTO), the world's leading digital security company, today announced that Chief Executive Officer Olivier Piou has decided to retire from the Company at the end of August, 2016. Mr. Philippe Vallée, currently Chief Operating Officer of Gemalto, will be proposed by the Board of directors at the annual general meeting of shareholders to become an Executive Director of the Board and the Company's new CEO, effective September 1, 2016. Mr. Piou will be proposed by the Board to continue to serve as a Non-Executive Director of the Company as of the same date.

Olivier Piou, 57, who joined in 1981, has led the Company 18 years, first known as the Smart Cards division of Schlumberger. He introduced it to the stock market in 2004 under the name of Axalto, and then conducted the successful merger of equals with Gemplus, which created Gemalto in 2006. Under his leadership Gemalto became the foremost digital security company, doing business in 190 countries with more than 14,000 employees of over 100 nationalities. Most people today have Gemalto technology in their pocket, be it a banking card with a chip to pay, a SIM in their mobile phone to communicate and access the Internet, an electronic passport to travel safely, a corporate authentication badge to work in and away from the office, as well as many other smart objects whose capabilities are enabled and remotely managed by the Company's software, platforms and services.

Philippe Vallée, 51, joined the Company in 1992. He is Gemalto's Chief Operating Officer, with operational responsibility for all the Company's businesses. In this position, he confirmed his visionary approach as well as his superior skills to manage a truly global and diversified business. He successfully led critical projects for the Company such as the EMV ramp up in the US, the integration of SafeNet, the Group's biggest acquisition to reinforce Gemalto presence in the rapidly growing space of cyber security, and the development of Government Programs to capture the growth of this expanding market.  Mr. Vallée has 27 years of experience in the digital security space, both on the embedded software and product side and on the back-end data center and cloud technology side. He graduated from the Institut National Polytechnique de Grenoble engineering school and from the ESSEC business school. He has held a number of executive roles in Gemalto, during which he developed his technological knowledge, his marketing skills and his leadership capacity, including Executive Vice President Telecom, Vice President of Sales & Business Development, and Chief Technology Officer. He has international leadership experience, having served in senior positions in Europe and Asia. In addition to his role in the Company's achievements for the Telecom industry, Mr. Vallée was the architect of Gemalto's successful development in the Internet of Things, Enterprise and Platforms & Services activities, significantly contributing to its transformation.

Alex Mandl, Chairman of Gemalto, said: "Olivier has been a leader in transforming both Gemalto and the industry during his time as CEO. In 2006, we had one main product line and the business performance relied almost entirely on the sales of SIMs for mobile phones. Now Gemalto provides the broadest portfolio of technologies in the industry used by tens of thousands of businesses and governmental agencies worldwide and delivers two essential functions for modern digital services: authentication and data protection. As CEO, he has built a strong platform for continuous growth and consistently created value for shareholders, delivering superior results even in the sometimes very challenging external environment. On behalf of the Board, and the wider Gemalto team, deep thanks are due to Olivier for his passion, vision, superior execution and leadership."

"The Board is delighted to have someone of Philippe Vallée's experience and leadership within Gemalto to appoint to the role of CEO. Philippe Vallée's strong business acumen and superior management skills across a range of senior executive roles make him an excellent CEO candidate, highly qualified to take the Company forward. The Board looks forward to working with Philippe and the entire Gemalto team, suppliers and customers to continue to build on the strong momentum that has been created over the past years."

"To support the delivery of the 2017 long range plan he architected, the Board was pleased that Mr. Piou accepted to remain in the Board as a non-executive director. The Board sees significant benefits in retaining Mr. Piou as a director. His vision of the fast changing security market place and his understanding of our teams' capabilities will be very valuable for the Board's strategy evaluation, Company development and succession planning responsibilities. The Board anticipates that Mr. Piou's continuing commitment to the Company will be strongly valued by customers, investors and employees."

Olivier Piou said "We always take a long-term view about our business and manage change proactively. After such a large number of years at the helm, I believe that this autumn will be the right time to bring in a new leadership, which is ready and able to execute on our next phase of growth. September 2016 is the time when we accelerate the preparation of the Company's next strategic plan. By transitioning management then, I want to give the new CEO the space to design what will come next for Gemalto. Gemalto is a great company with a strong market position and a very unique, customer focused culture. We have selected and positioned the team well for many years through our rigorous people development processes. Along with the Board, we are always prepared for such potential change. It has been an incredible journey and privilege to lead Gemalto during all those momentous and exciting times. I am tremendously proud of what the Gemalto team of employees, customers, investors and partners has achieved together. Philippe is an excellent choice to lead Gemalto."

"Going forward, my professional projects are with the Board of Gemalto, where I will be happy to continue to serve, and the Board of Nokia. I also have a number of personal interests that I intend to pursue, scientific and educational in particular, which I did not have the time to develop during my long and demanding CEO tenure. Having had the chance to go to so many places, there are many I want to return to, in order to enjoy them through a more peaceful schedule."

Philippe Vallée said, "I am really honored to be proposed. All together we have created a tremendous foundation for future growth. Authentication and data protection are truly essential to modern digital services and the products, platforms, software and services that Gemalto provides are fundamental elements of the 21st century way of life."

"I have really enjoyed working jointly with Olivier over these last 10 years, especially during my latest assignment as the Company's Chief Operating Officer. Gemalto is an amazing company, made of highly motivated women and men, and I am keen to take the lead to continue its development, focusing first on reaching our 2017 goals and preparing our next phase of expansion. I strongly believe in teamwork and in the coherence and continuity of decisions that we take. My commitment is to work very closely with the Board, our employees, our customers, our shareholders and our partners for mutual continuing success."

End of Mr. Piou's employment with the Company

Mr. Piou will retire as CEO on August 31, and his employment contract with the Company will end on December 31, 2016. He will receive in March 2017 his performance-based annual variable compensation computed in relation to the achievement of his 2016 objectives. Following the most recent corporate social responsibility best practices which promote that CEO's should not benefit from incentive awards in relation to periods in which they do not contribute to their company, the Board and Mr. Piou have decided in full agreement that Mr. Piou's maximum number of restricted share units eligible to vest (135,000) will be reduced prorata temporis to his employment by the Company (i.e. down to a maximum of 96,250 shares); that the financial performance criteria which these restricted shares units are subject to will continue to be applied; and that the vesting dates will remain unchanged. The number of shares resulting from the prorata temporis, performance criteria, and applicable social charges and taxes computations will be delivered in 2018 to Mr. Piou. The Company does not provide for any supplemental pension plan to the CEO during or after his employment period. Mr. Piou will not benefit from any additional payments relating to his retirement.

Olivier Piou has been twelve years the Company's CEO, since its initial public offering (IPO) in May 2004, eighteen years as its business leader and thirty five years as its employee. He joined Schlumberger as a production engineer in 1981 after graduating from Ecole Centrale de Lyon in 1980 and serving his then mandatory military duty in the Alpine division. After several assignments in France and the United States in the oilfield services activities of Schlumberger, he joined the Schlumberger Electronic Transactions business in 1993, where he drove the internationalization and the transition from memory to smart microprocessor technologies. Olivier Piou was promoted General Manager of the Schlumberger smart card business in 1998. He successfully led the Company - then called Axalto – to its May 18, 2004 IPO on the stock market, as the Company's first CEO and a member of the Board of Directors. He then initiated and successfully managed the merger of equals with Gemplus which created Gemalto on June 2, 2006. He has been since then the Gemalto CEO and a member of the Board of Directors. Olivier Piou was also formerly a member of the Board INRIA, the French National Institute for Research in Computer Science and Control; President of Eurosmart, the international non-for-profit association in Brussels which represents the smart card industry; and a member of the Board of Alcatel-Lucent. He is the Vice-Chairman of the Board of Nokia since January 2016. Olivier Piou is married, has three children, and is a Knight of the French Legion of Honor.

Philippe Vallée has been the Company's Chief Operating Officer since January 2014, with operational responsibility for all the Company's businesses. He is a graduate in engineering from Institut National Polytechnique de Grenoble (INPG) and from the Ecole Supérieure des Sciences Economiques et Commerciales (ESSEC) business school. He began his career with Matra Communication as a product manager on the first generation of GSM mobile phones. Mr. Vallée joined Gemplus in 1992. He held a number of positions in marketing, product management and sales in Europe and in Asia, including Vice-President of Gemplus Technologies Asia based in Singapore. He was afterwards promoted Vice-President of Marketing, and then President of the Gemplus Telecom business unit. After the merger of equals between Axalto and Gemplus which created Gemalto in 2006, he served as the Company's Chief Technology Officer until 2007 and was appointed as Executive Vice-President in charge of the Telecommunications Business Unit until 2013. He is married and has three children. 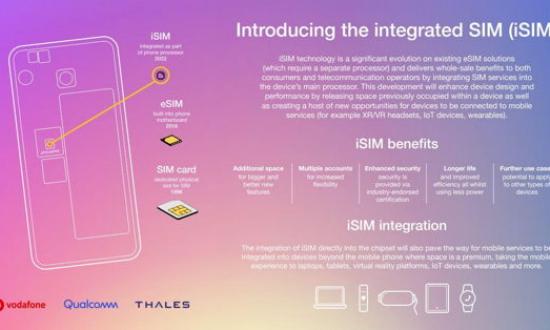 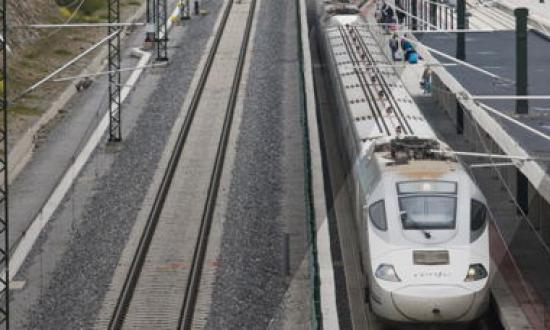