The Indian Air Force signs up for 36 Rafale 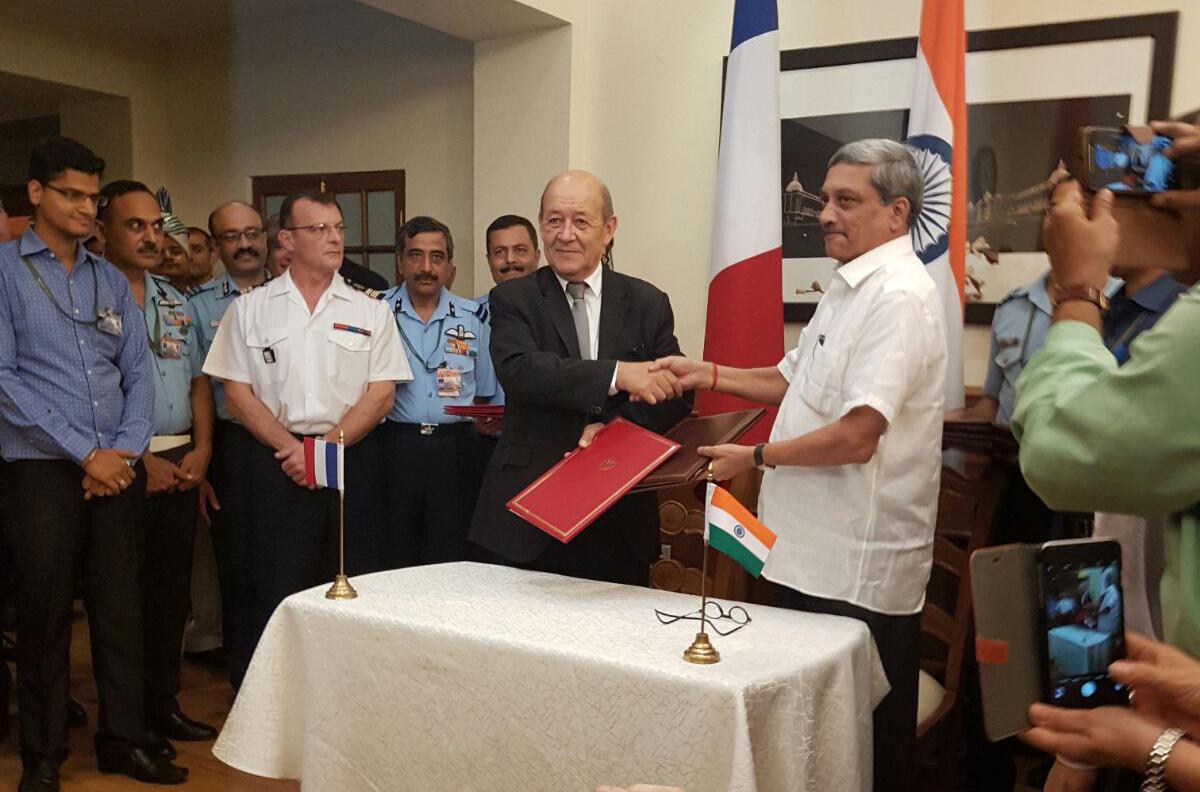 "All Thales teams would like to thank the Indian authorities for the trust they have placed in us.  Rafale's new export success demonstrates our ability, alongside Dassault Aviation and its partners, to constantly meet the customer's highest expectations through innovation, the mastery of advanced technology and industrial excellence".
Patrice Caine, Chairman and CEO, Thales group.

Thales, a member of the Rafale team, alongside Dassault Aviation, welcomes the selection of the Rafale omnirole combat aircraft by the Indian Air Force. The official signing ceremony for the acquisition of 36 Rafale aircraft was held today, September 23rd, in New Delhi, India, in the presence of the Indian Defence Minister, Manohar Parrikar, the French Defense Minister, Jean-Yves Le Drian, the Chairman and CEO of Dassault Aviation, Eric Trappier and the Chairman and CEO of Thales, Patrice Caine.

Thales provides a number of state-of-the-art equipment and systems aboard the Rafale. They include the RBE2 AESA radar, the Spectra electronic warfare system, optronics, the communication navigation and identification system (CNI), the majority of the cockpit display systems, power generation systems and a logistics support component.
This contract will create hundreds of jobs on Thales manufacturing sites, in particular at Elancourt, Bordeaux, Brest and Etrelles, as well as for numerous partners and sub-contractors. 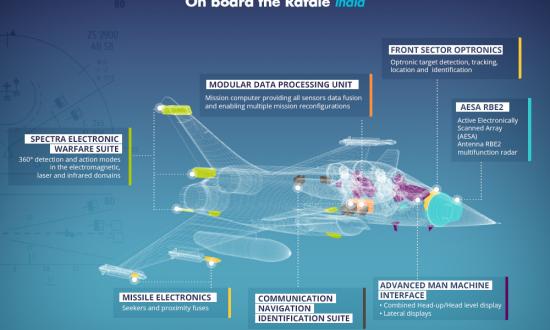 Infography: Thales on Board Rafale - Inde
View the document

Notes to editors - Thales in India
With a presence in India since 1953, Thales currently employs over 300 people at its Indian branch. The Thales India headquarters is located in New Delhi, and it has other operational offices and sites at Hyderabad, Bangalore, Chennai and Mumbai. Thales plays an essential role in India's growth, by sharing its technology and its expertise on the defense, transportation and aerospace markets. Thales' strategy of developing its industrial presence in India is in line with the Indian Government's "Make in India" policy. Thales has formed several cooperative partnerships with public and private sector industries. Thales has been closely associated with Hindustan Aeronautics Limited (HAL) for more than 50 years and has formed joint ventures with Samtel, Bharat Electronics Limited (BEL) and L&T Technology Services.