EROSS+: Thales Alenia Space and its partners will lead an Horizon 2020 project dedicated to On-Orbit Servicing

Cannes, January 11th, 2020 – After leading over the last five years several R&D activities for the Strategic Research Cluster (SRC) on Space Robotics Technologies set up by the European Union within Horizon 2020, Thales Alenia Space, Joint Venture between Thales (67 %) and Leonardo (33 %) and its Partners have been awarded by the European Commission a preparation project (phase A/B1) for in-orbit demonstration dedicated to In-Orbit Servicing space vehicles. An in-orbit demonstration is expected by 2026.

This new project, called EROSS+, for European Robotic Orbital Support Services, will be led under Thales Alenia Space’s responsibility. The consortium includes: Thales Alenia Space in France that will supervise the Overall System, contributing to the Guidance, Navigation and Control functions for this new type of mission, while Thales Alenia Space in Italy will handle the Mission design, the German Aerospace Center (DLR) the Robotics aspects, GMV (Spain) the Robotics Autonomy Systems, PIAP Space (Poland) Gripping Mechanisms and SINTEF (Norway) the Software Architecture. Similar to the first two phases of the SRC, the PERASPERA consortium of Space Agencies in Europe (Germany, France, Italy, Spain, Poland, United Kingdom and the European Space Agency) will be contributing to the technical review of the EROSS+ project, in support to the European Commission services. 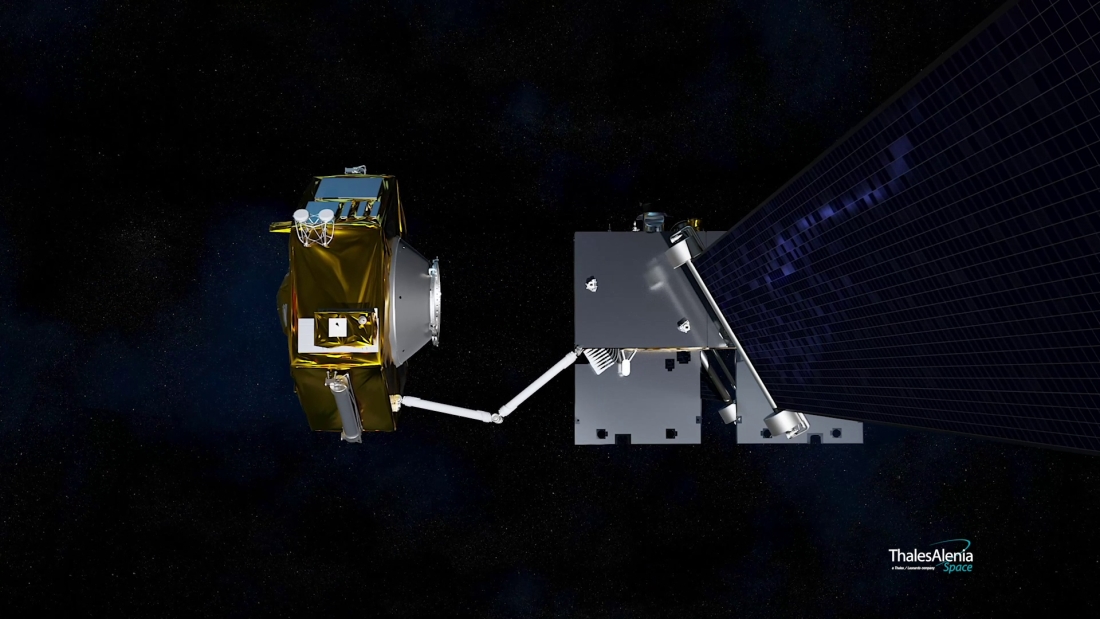 This phase is the third and last one of the SRC in the frame of H2020 projects, building on the two previous ones that have allowed to increase the Technology Readiness Level of several key building blocks. The first phase involved six projects related to the development of technologies dedicated to robotics and in-orbit operations. Thales Alenia Space was leading I3DS (Integrated 3D sensors), a sensor suite for robotic missions. The second step, currently in its final phase, was to integrate the previously developed building blocks into more specific applications, through three projects oriented towards modular and reconfigurable spacecraft (MOSAR), in-orbit assembly (PULSAR) and on-orbit servicing (EROSS), the last being led by Thales Alenia Space as well. Those projects are now resulting to ground demonstrators, a first step to demonstrate the feasibility of the targeted applications especially EROSS which will validate all the technologies needed for On-Orbit Servicing. 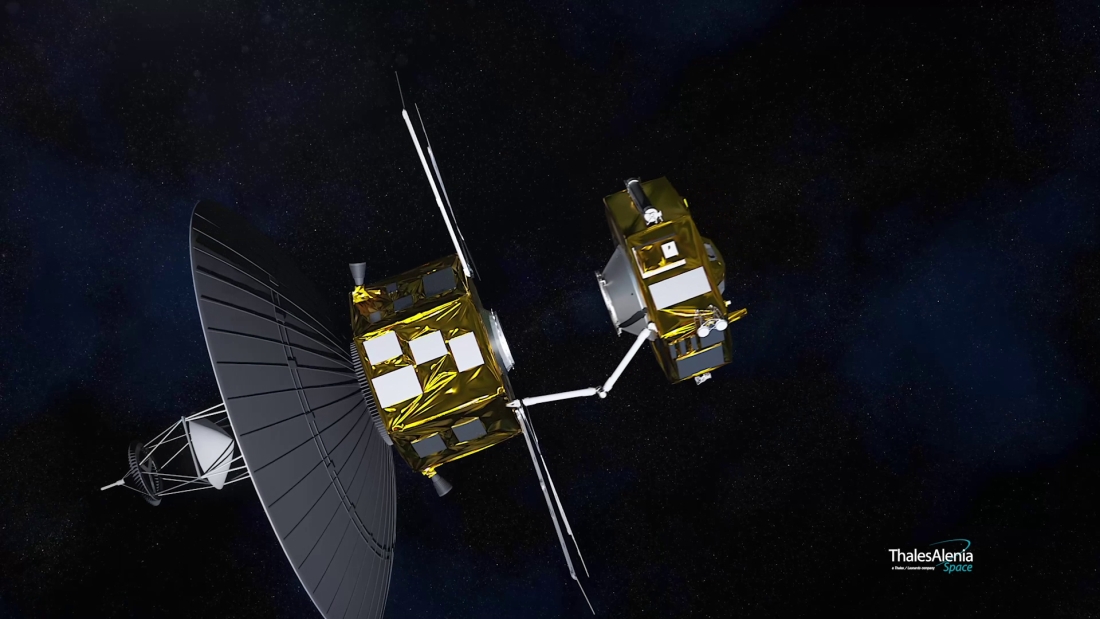 The third phase of the SRC is now to prepare the in-orbit demonstration of such new types of missions (up to preliminary design). EROSS+ obviously follows up on the EROSS activity and aims to develop a European solution for On-Orbit Servicing. These space vehicles will be able to carry out a wide range of operations in orbit, including controlled re-entry of space debris, robotic manipulation, the extension of a satellite's operational life, in-orbit re-fuelling, inspection, and many more. The project will start in February and will last 24 months. The goal consists in designing a demonstrator while progressing in parallel on the maturity of the key building blocks.

The demonstration mission concept includes the complete orbital rendezvous phase of a Servicer satellite with a collaborative Client satellite prepared for On-Orbit Servicing that shall be followed by the capture and then servicing operations. The whole idea is to validate the capability of carrying out on-orbit operations of this type for future missions. 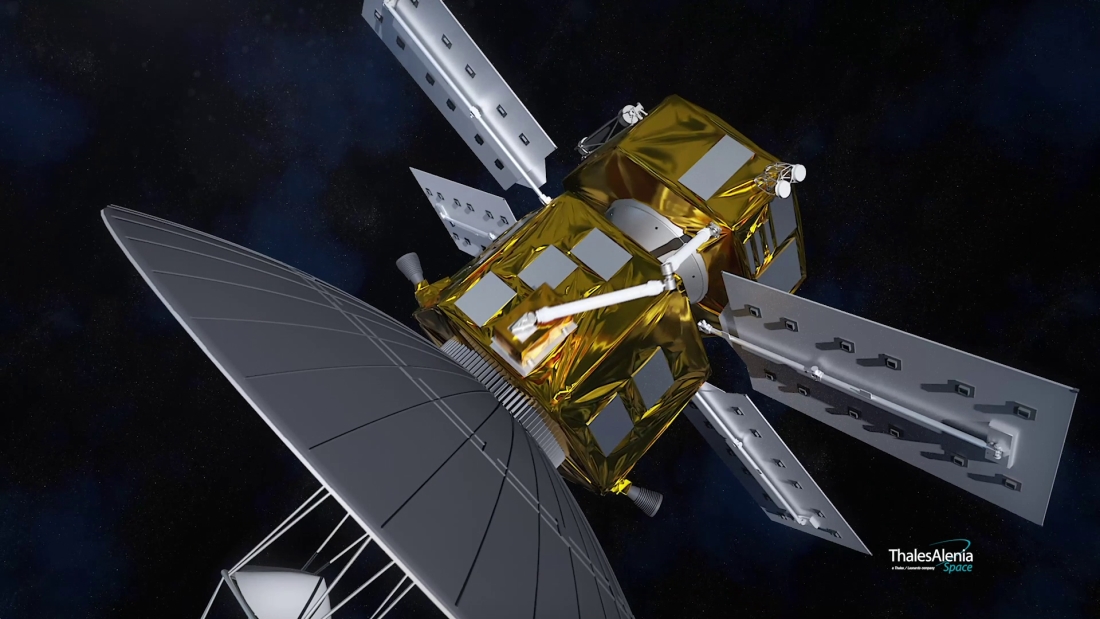 On-Orbit servicing space vehicles represent a real paradigm shift in space: upcoming systems will no longer be “abandoned to their fate” once in orbit, but can evolve over their lifetime. Thales Alenia Space is one of the leading pioneers in the trend towards On-Orbit Servicing, which signals the advent of a new approach to space access. When humanity considers the possibility of building lunar bases sometime in the future, On-Orbit Servicing technologies will underpin the solutions developed to transport and assemble the constituent elements.

This project has received funding from the European Union’s Horizon 2020 research and innovation programme under grant agreement No 101004346.