Cannes and Rome, December 13, 2019 - The first satellite COSMO-SkyMed Second Generation (CSG-1) is ready to be launched from Europe’s Spaceport in French Guiana. 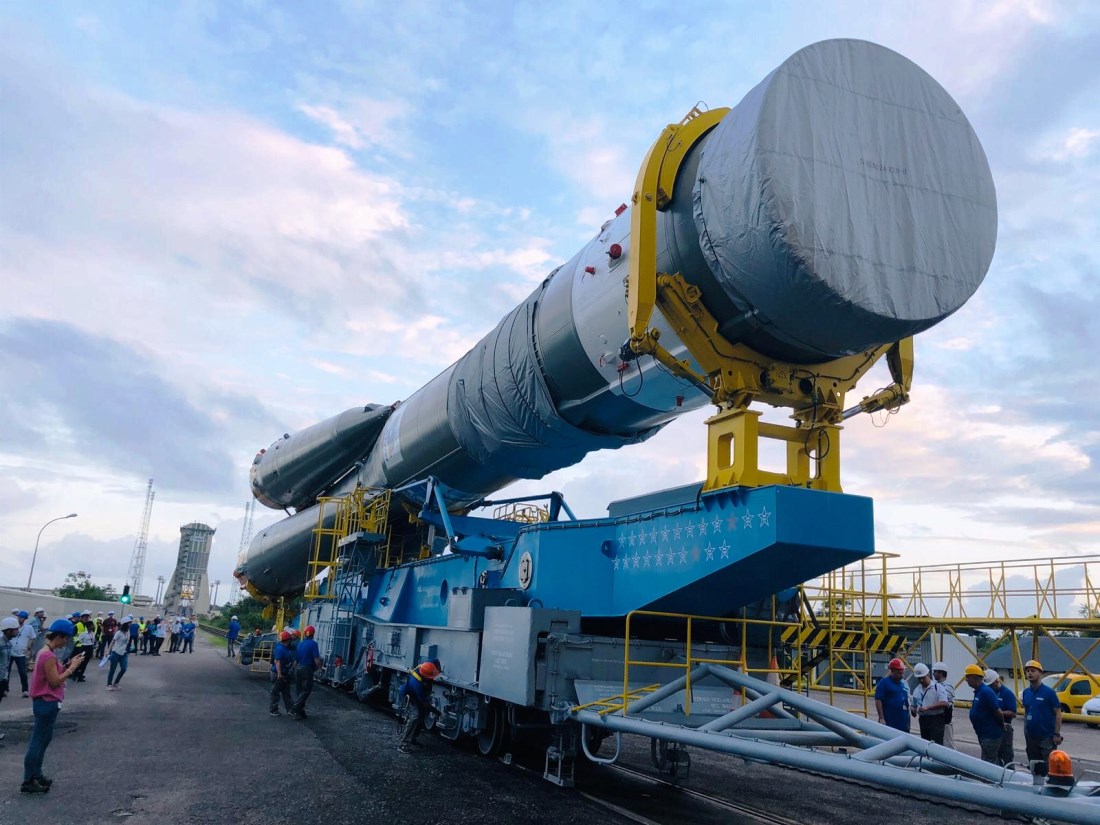 COSMO-SkyMed Second Generation or CSG (COnstellation of Satellites for the Mediterranean basin Observation), is a dual use (civil and defence) constellation of two satellites  promoted by the Italian Space Agency and the Ministry of Defence dedicated to ensure the operational continuity of the SAR (Synthetic Aperture Radar) observation services provided by the four satellites of the COSMO-SkyMed (CSK) first generation, operating in orbit since 2007 and 2010.
Built by Thales Alenia Space, Joint Venture between Thales( 67%) and Leonardo (33%), the satellite will be launched by a Soyuz rocket on December 17th at 09:54 local time. Twenty-six minutes after the launch, the first telemetry data sent by the satellite will be acquired by the Fucino space Centre of Telespazio,  Joint Venture between Leonardo (67%) and Thales (33%), from which the Launch and Early Orbit Phase (LEOP) will be carried out.

Thales Alenia Space is responsible for the overall COSMO-SkyMed Second Generation program, including the design and development of the two CSG-1 satellites and the end-to-end system design, integration and commissioning. Thales Alenia Space is principal Contractor in the Industrial Consortium RTI (“Raggruppamento Temporaneo d’Impresa”) with Telespazio, which is responsible for designing and developing the CSG Ground Segment and providing the Integrated Logistics and Operations (ILS&OPS) services.
Leonardo contributes to the program by supplying the Attitude Sensors (A-STR) for the orientation of the satellite, solar panels (PVA), and sophisticated Units that process and distribute electric power throughout the satellite, maximizing its power efficiency. 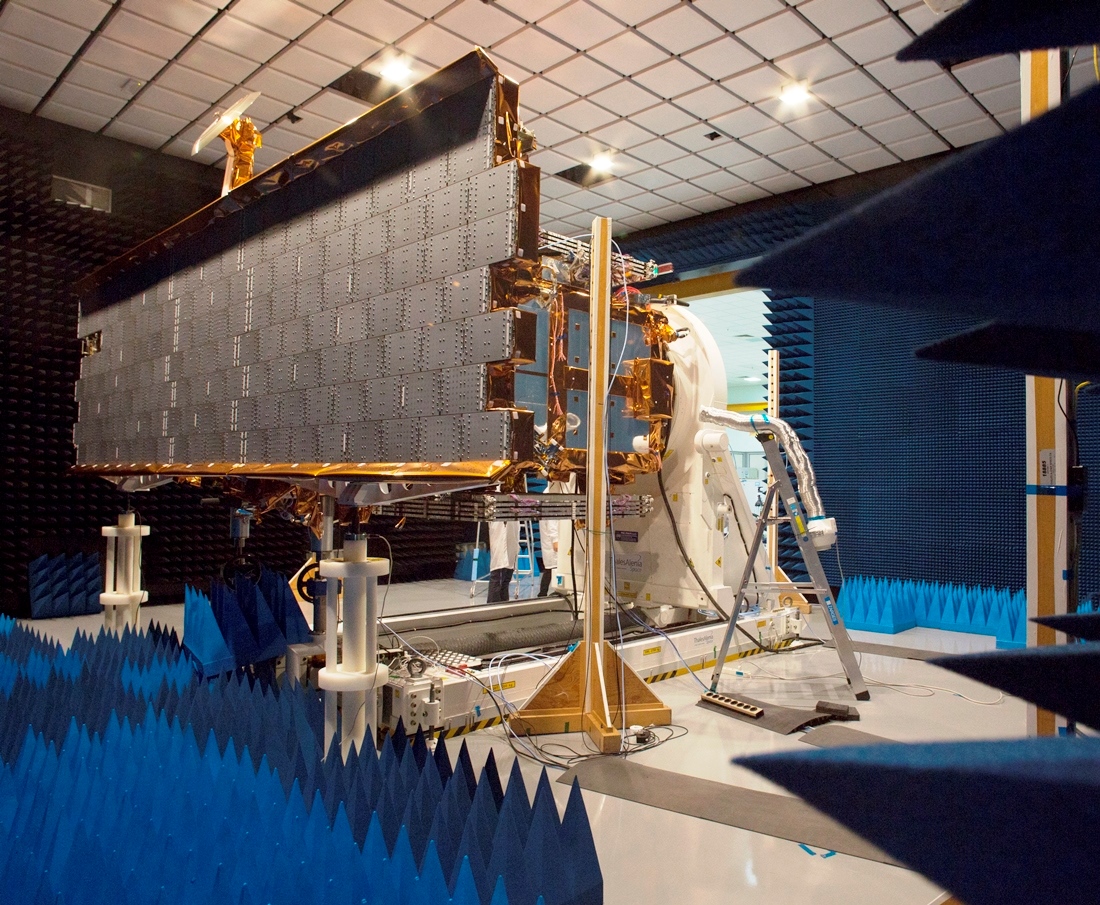 This state-of-the-art satellite features the latest technologies and engineering solutions. The overall system, including the ground segment, will set the performance standard for space-based radar observation systems, in terms of precision, image quality and flexible user services.

The COSMO-SkyMed Second Generation satellite will guarantee a quantum leap in terms of technology, performance and service life, consequently, strengthening Italian leadership in the Earth Observation sector on a global level. COSMO-SkyMed’s data is marketed throughout the world by e-GEOS, a joint venture between Telespazio (80%) and ASI (20%).
Ever since the launch of the first satellite in 2007, the COSMO-SkyMed program has been an outstanding tool for observing our planet. With its innovative operational capabilities, it contributes to the continuous monitoring of the Earth's surface, to safety-related needs and to the management of natural events, as persistently shown by supporting damage assessment activities and rescuing operations following the occurred natural disasters. It remains the historical reference for Thales Alenia Space in term of radar satellites and has paved the way to the state of the art new radar satellite offer of the company. 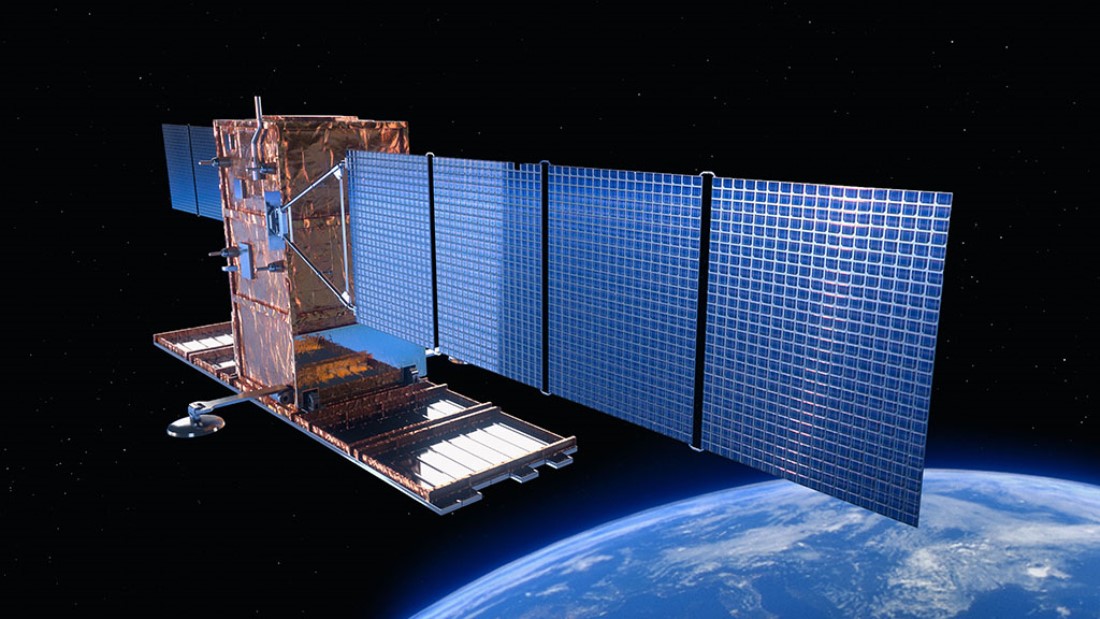 In addition, Thales Alenia Space is also involved in the VS23 upcoming launch in two other important missions. For the CNES nanosatellite demonstrator ANGELS (ANGELS - Argos Neo on a Generic Economical and Light Satellite), the company provided ArgosNEO instrument to demonstrate the operational capability of a complex miniaturized instrument, offering high performance on a nanosat platform. 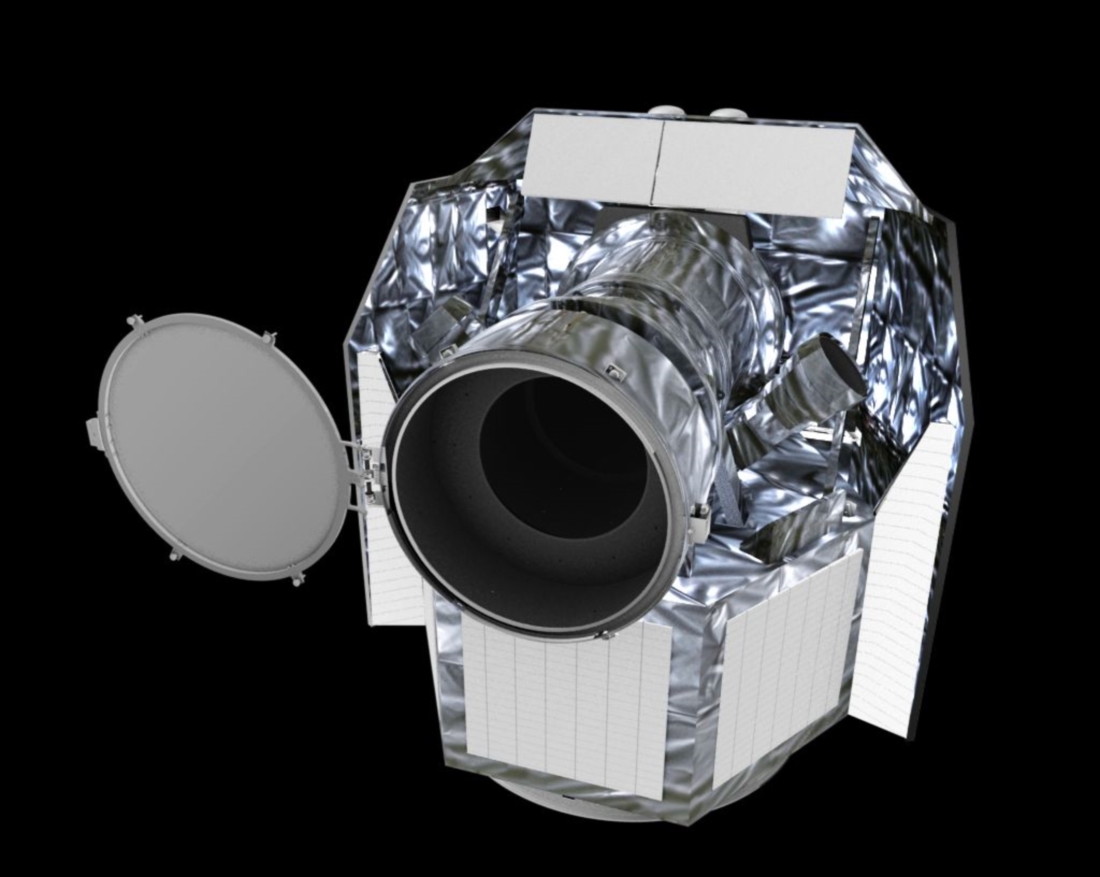 For European Space Agency CHEOPS (CHaracterising ExOPlanet Satellite) mission, engineers from Thales Alenia Space in Switzerland were involved as Assembly Integration and Tests operation leader role, during the AIT campaign in Spain, while Leonardo provided the telescope optical system. In French Guyana, Thales Alenia Space in Belgium is the only non-Russian supplier on Soyuz as well as the exclusive supplier of the Soyuz safeguard system.

About COSMO-SkyMed
COSMO-SkyMed, financed by the Italian Space Agency, Ministry of Defense and Ministry of Education, University and Research, is the first dual-use Earth Observation system. Its four satellites monitor the entire Earth from space, day and night, under any weather conditions, using high-resolution X-band radars. The program is the result and expression of the finest skills in the Italian space industry, with Leonardo and its joint ventures, Thales Alenia Space and Telespazio, assisted by a significant number of innovative small and medium enterprises. More specifically, Thales Alenia Space in Italy is the prime contractor, responsible for the entire system, including both space and ground segments. Telespazio developed the ground segment and hosts the Constellation Control Center at the Fucino Space Center.

ABOUT THALES ALENIA SPACE
Drawing on over 40 years of experience and a unique combination of skills, expertise and cultures, Thales Alenia Space delivers cost-effective solutions for telecommunications, navigation, Earth observation, environmental management, exploration, science and orbital infrastructures. Governments and private industry alike count on Thales Alenia Space to design satellite-based systems that provide anytime, anywhere connections and positioning, monitor our planet, enhance management of its resources, and explore our Solar System and beyond. Thales Alenia Space sees space as a new horizon, helping to build a better, more sustainable life on Earth. A joint venture between Thales (67%) and Leonardo (33%), Thales Alenia Space also teams up with Telespazio to form the parent companies’ Space Alliance, which offers a complete range of services. Thales Alenia Space posted consolidated revenues of 2.5 billion euros in 2018 and has 8,000 employees in nine countries.

ABOUT TELESPAZIO
Telespazio, a Leonardo and Thales 67/33 joint venture, is one of the world’s leading operators in satellite services. Its activities range from the design and development of space systems to the management of launch services, from in-orbit satellite control to Earth observation, from integrated communications, satellite navigation and localisation services to scientific programmes. Telespazio plays a leading role in the reference markets harnessing technological experience acquired over the years. Since its establishment, the company has participated in major European space programmes such as Galileo, EGNOS, Copernicus and COSMO-SkyMed . In 2017, Telespazio generated sales of EUR 493 million while employing approximately 2,500 people in eight countries.
www.telespazio.com