The Iridium® NEXT Constellation now has 50 communications satellites in orbit

Cannes, March 30th, 2018 - The fifth batch of Iridium NEXT satellites built by Thales Alenia Space has been successfully launched by SpaceX from Vandenberg Air Force Base in California.

Thales Alenia Space, the system prime contractor for the Iridium® NEXT program, is in charge of engineering, integration, and in-orbit validation of all 81 Iridium NEXT satellites, in addition to  the definition and validation of the overall system. The satellites are manufactured in production line process by Thales Alenia Space’s subcontractor Orbital ATK, at its Satellite Manufacturing Facility in Gilbert, Ariz. under the supervision of a dedicated local Thales Alenia Space team. Launch and Early Operations (LEOP) and In Orbit Tests are performed by Thales Alenia Space from Iridium’s Satellite Network Operation Center (SNOC) in Leesburg, Va. The success of this fifth launch for the Iridium NEXT program further solidifies the company’s reputation for excelled expertise as prime contractor for sophisticated satellite communications (SATCOM) systems. 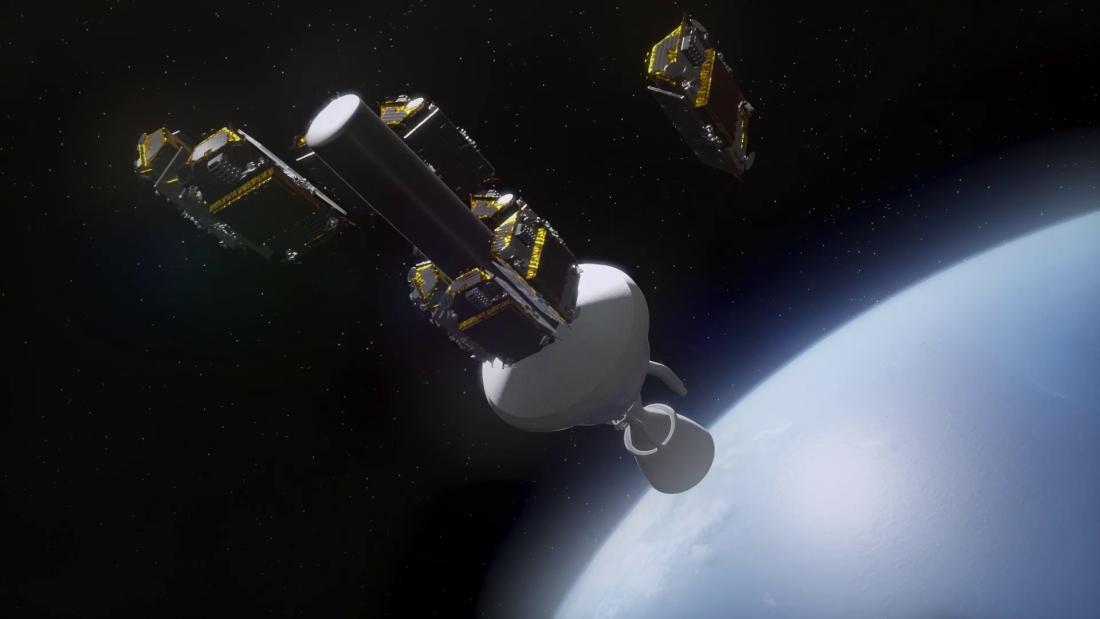 “Two thirds of our satellites are now in orbit and performance is exceeding expectations. The next two sets of Iridium NEXT satellites are already available in anticipation of the 6th and 7th launches. Everything is on track to meet our objective, namely to launch all 75 Iridium NEXT low earth orbit satellites in 2018,” declared Denis Allard, Constellations Vice President for Thales Alenia Space.

The Iridium NEXT constellation will offer global connectivity thanks to 66 interconnected satellites at an altitude of 780 km, along with nine spares in parking orbits and six more spare satellites on the ground. This global network provides unrivaled capabilities for communications on the move (individuals, land vehicles, aircraft and  ships), and ensures fully global coverage, including the poles and over the ocean. Thanks to its global coverage and independent operation, not requiring any ground infrastructure, Iridium NEXT provides vital assistance under very challenging conditions, such as in isolated areas, during natural disasters or during conflicts, to name a few. Its independence from local ground infrastructures delivers secure communications, including protection against intrusion and hacking.

About Thales Alenia Space
Combining 40 years of experience and a unique diversity of expertise, talents and cultures, Thales Alenia Space architects design and deliver high technology solutions for telecommunications, navigation, Earth observation, environmental management, exploration, science and orbital infrastructures. Governments, institutions and companies rely on Thales Alenia Space to design, operate and deliver satellite-based systems that help them position and connect anyone or anything, everywhere, help observe our planet, help optimize the use of our planet's – and our solar system’s – resources. Thales Alenia Space believes in space as humankind’s new horizon, which will enable to build a better, more sustainable life on Earth. A joint venture between Thales (67%) and Leonardo (33%), Thales Alenia Space also teams up with Telespazio to form the parent companies’ Space Alliance, which offers a complete range of services and solutions. Thales Alenia Space posted consolidated revenues of about 2.6 billion euros in 2017 and has 7,980 employees in nine countries.
www.thalesaleniaspace.com