Rome, December 15, 2020 - Thales Alenia Space, Joint Venture between Thales (67%) and Leonardo (33%), and Telespazio, Joint Venture between Leonardo (67%) and Thales (33%), forming the Space Alliance,  have signed the contracts with the Italian Ministry of Defence and with the Italian Space Agency (ASI), to launch the development of two additional satellites and the upgrade of ground, logistic support and operational segments to complete the COSMO-SkyMed Second Generation constellation (CSG).

Thales Alenia Space is the lead of a consortium with Telespazio and Leonardo, within the overall COSMO-SkyMed Second Generation programme. Telespazio is responsible for designing and developing the CSG Ground Segment, including the security aspects, as well as the Integrated Logistics and Operations (ILS&OPS) services, and Leonardo’s space line of business provides specific satellite units. Thales Alenia Space is responsible for the design and development of the four CSG satellites and the end-to-end system design, integration and commissioning. 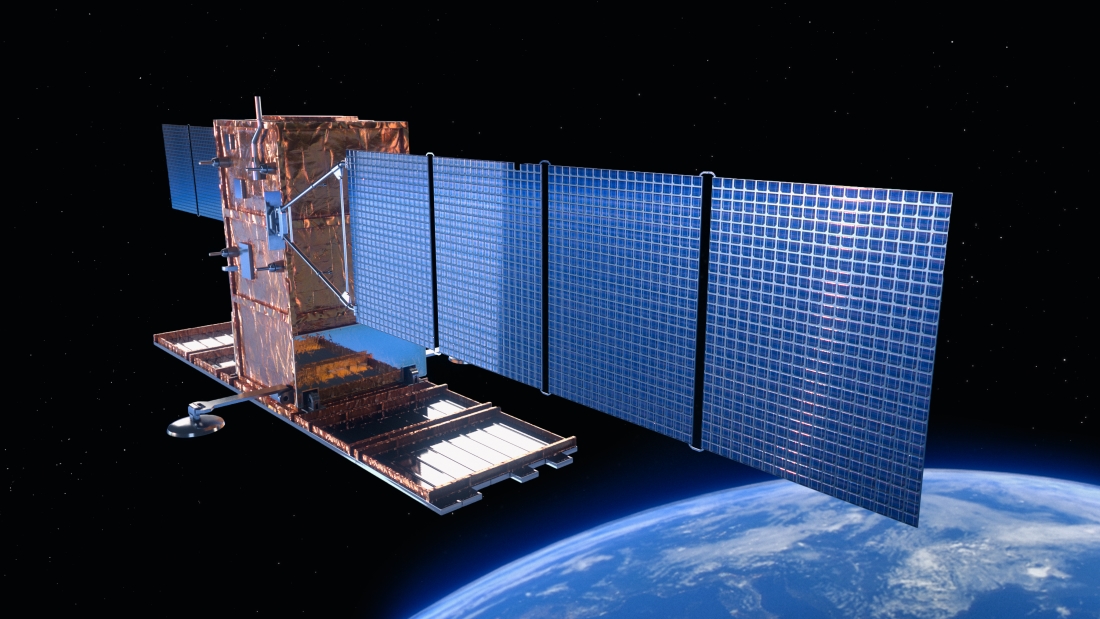 Leonardo’s space line of business contributes to the program by supplying the star trackers (A-STR) for the orientation of the satellite, Photovoltaic Assembly (PVA) and sophisticated units that process and distribute electric power throughout the satellite, maximizing its power efficiency.

The two new Satellites, to be built by Thales Alenia Space, will ensure the constellation completion and the full operational capacity of the SAR (Synthetic Aperture Radar) observation services provided by the four satellites of the COSMO-Second Generation replacing the previous COSMO-SkyMed first generation still operative despite exceeding the satellite lifetime. 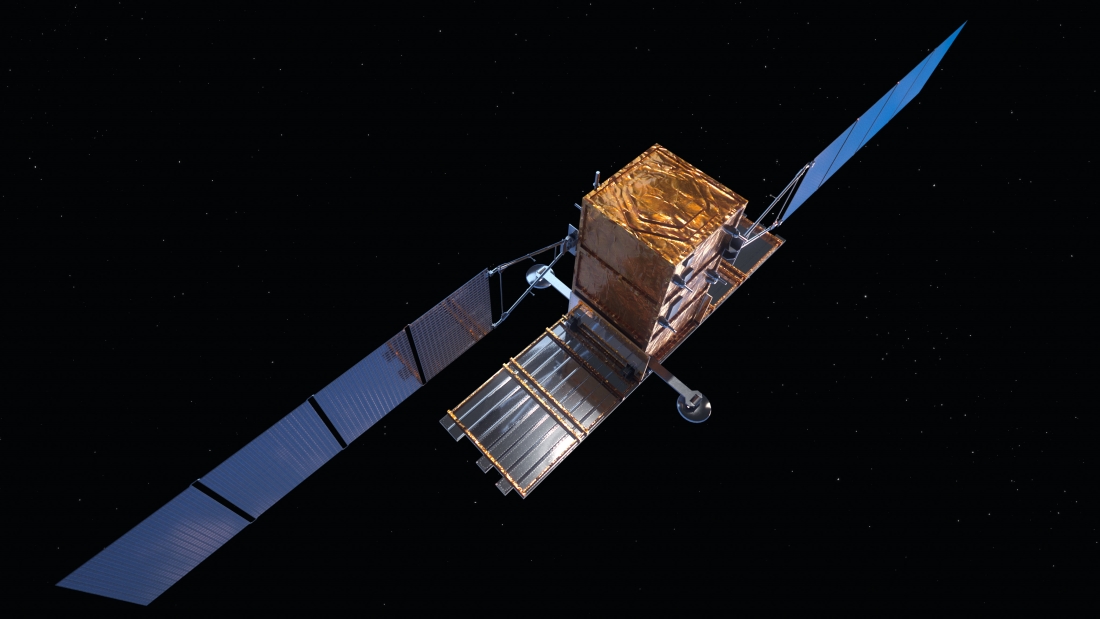 The new satellites will contribute to the continuous monitoring of the Earth's surface, to safety-related needs and to the management of natural events including support to damage assessment activities and rescuing operations. They will complete the constellation, along with the Proto-Flight Model (PFM) Launched in 2019 and the Flight Model 2 (FM2) – currently under integration phase in Thales Alenia Space Assembly Integration and Test (AIT) Facilities in Rome – and scheduled for launch at the end of 2021 with a VEGA-C launcher.

"We are extremely satisfied to have signed this contract, which will enable the completion of the Second Generation of COSMO-SkyMed, guaranteeing a further leap forward in terms of technology and performance for the entire constellation, consolidating Thales Alenia Space's leadership in the Earth Observation radar sector worldwide," commented Massimo Claudio Comparini, Senior Executive Vice President Observation, Exploration and Navigation at Thales Alenia Space. “I therefore believe that it is particularly important to thank the Italian Space Agency and the Ministry of Defence for their commitment to the national space industry in achieving this result. Keeping the entire COSMO-SkyMed constellation at the cutting edge by means of two additional second-generation satellites to be built is of paramount importance to preserve the leadership of our entire industry and its supply chain in a constantly evolving space market".

“We are proud to confirm the role of Telespazio in making such a strategic asset and are grateful to the Italian Space Agency and the Ministry of Defence for the contract on the third and fourth CSG satellites”, commented Luigi Pasquali, CEO of Telespazio. “The users’ community can rely on the operational continuity of the COSMO-SkyMed system and benefit from the evolutions and improved performances achieved at both Space and Ground Segments level thanks to these additional two second-generation satellites.” 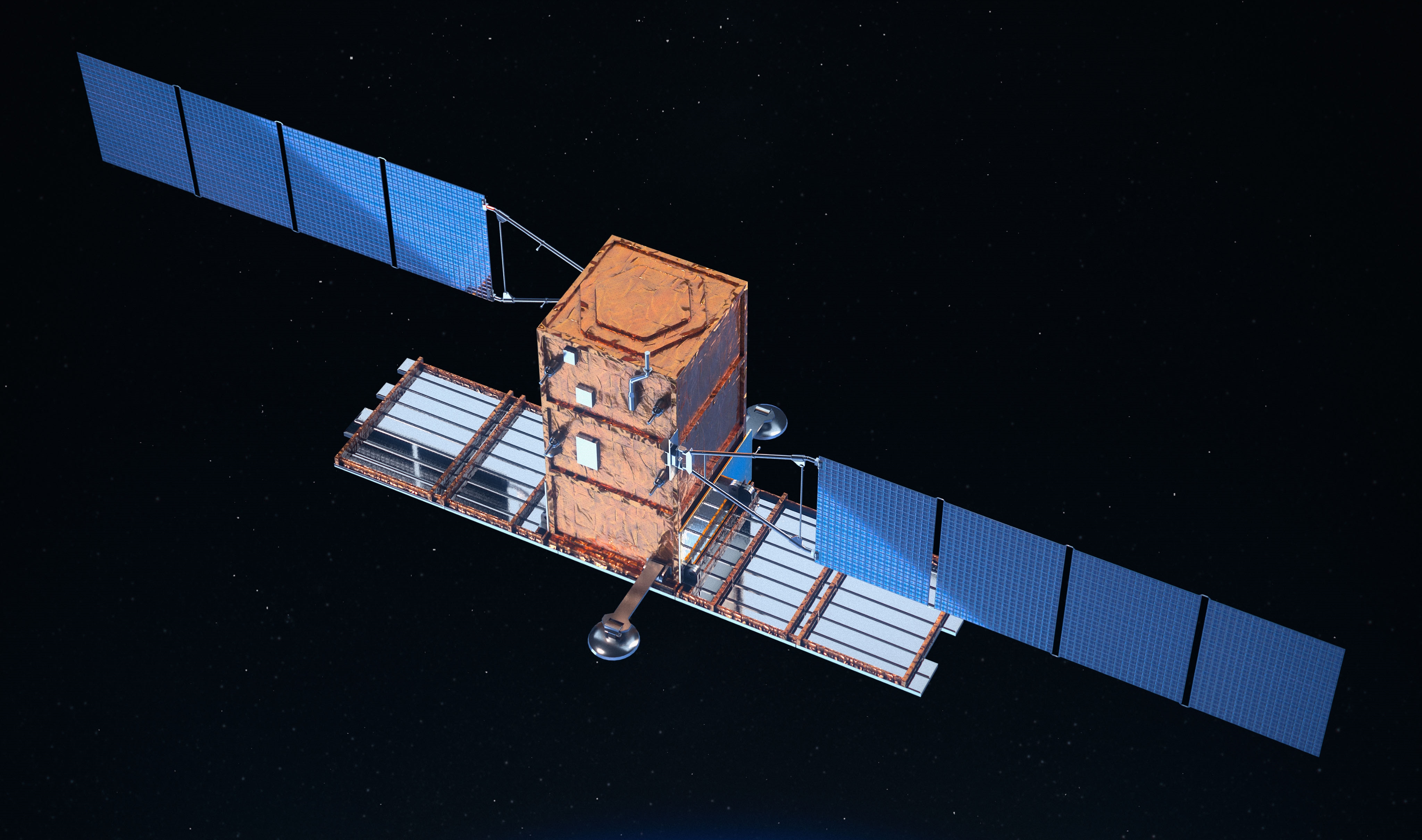 The primary goal of CSG is to provide a dual - civil and defense - user base with Earth Observation services through a broad portfolio of products, obtained in various operational modes of the SAR sensor, in both narrow field and ultra-fine resolution modes and wide field modes.

The design of the second-generation SAR sensor, together with the flexibility features provided by the Ground Segment, represent an important improvement of the state-of-the-art technology for the Earth Observation systems based on radar technology, in terms of image quality, planning and image-acquisition versatility, sensing agility and ground-based updating and processing capabilities, including data exploitation.

The versatility and electronic agility of the CSG SAR payload enable a new operational mode, which allows the simultaneous acquisition of two areas located hundreds of kilometers apart on the Earth’s surface.

About COSMO-SkyMed
The program financed, by the Italian Space Agency, Ministry of Defense and Ministry of Education, University and Research, is the first dual-use Earth Observation satellite system. Its satellites monitor the entire Earth from space, day and night, under any weather conditions, using high-resolution X-band radars. The program is the result and expression of the finest skills in the Italian space industry, with Leonardo and its joint ventures, Thales Alenia Space and Telespazio, assisted by a significant number of innovative small and medium Italian enterprises. More specifically, Thales Alenia Space in Italy is the prime contractor, responsible for the entire system, including both space and ground segments. Telespazio developed the ground segment and hosts the Constellation Control Center at the Fucino Space Center. Leonardo also contributes to the programme by supplying the star trackers for the satellite positioning, the Photovoltaic Assembly (PVA) and power units for electric power distribution and management. e-GEOS, a company founded by Telespazio (80%) and ASI (20%), is responsible for the worldwide marketing of the COSMO-SkyMed products and services.

ABOUT THE SPACE ALLIANCE

The Space Alliance, founded in 2005, is a strategic partnership between Leonardo and Thales, the major industrial groups in the aerospace industry in Italy and France. It includes two joint ventures: Telespazio (Leonardo 67%, Thales 33%) and Thales Alenia Space (Thales 67%, Leonardo 33%). The complementary capabilities of Thales Alenia Space in satellite systems and Telespazio in the services associated with them provides the Space Alliance all the assets needed to respond positively and effectively to the needs of the market, which today are increasingly focused on applications related to space technologies. In this scenario, Telespazio and Thales Alenia Space have a unique offering of its kind, ranging from the field of communications to navigation, as well as scientific research and observation, which enables both companies to consolidate their position in the aerospace and defence and security markets.

Drawing on over 40 years of experience and a unique combination of skills, expertise and cultures, Thales Alenia Space delivers cost-effective solutions for telecommunications, navigation, Earth observation, environmental management, exploration, science and orbital infrastructures. Governments and private industry alike count on Thales Alenia Space to design satellite-based systems that provide anytime, anywhere connections and positioning, monitor our planet, enhance management of its resources, and explore our Solar System and beyond. Thales Alenia Space sees space as a new horizon, helping to build a better, more sustainable life on Earth. A joint venture between Thales (67%) and Leonardo (33%), Thales Alenia Space also teams up with Telespazio to form the parent companies’ Space Alliance, which offers a complete range of services. Thales Alenia Space posted consolidated revenues of approximately 2.15 billion euros in 2019 and has around 7,700 employees in nine countries. www.thalesaleniaspace.com

Telespazio, a Leonardo and Thales 67/33 joint venture, is one of the world’s leading operators in satellite services. Its activities range from the design and development of space systems to the management of launch services, from in-orbit satellite control to Earth observation, from integrated communications, satellite navigation and localization services to scientific programmes. Telespazio plays a leading role in the reference markets harnessing technological experience acquired over the years. Since its establishment, the company has participated in major European space programmes such as Galileo, EGNOS, Copernicus and COSMO-SkyMed. In 2019, Telespazio generated sales of EUR 535 million while employing approximately 2,600 people worldwide.  www.telespazio.com