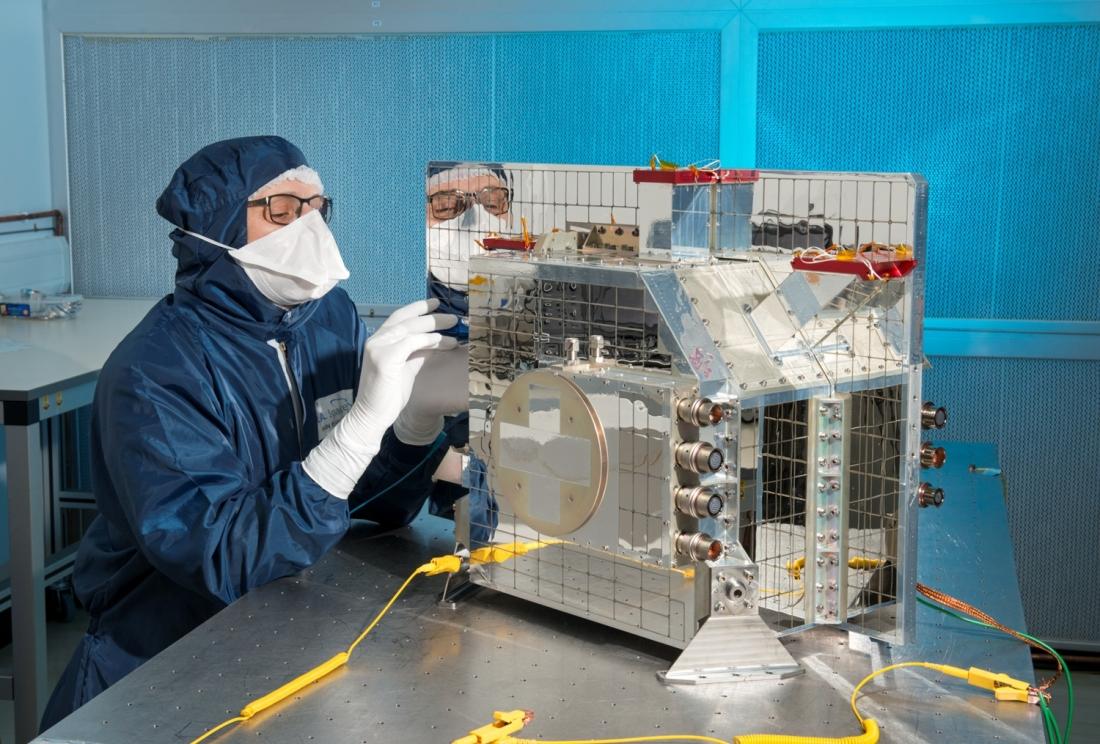 The broadband radiometer will measure both reflected solar flux and Earth thermal flux, taking measurements across the spectrum from ultraviolet to the far infrared. It comprises three telescopes, sophisticated calibration systems and specifically developed detectors to cover the entire spectrum. A significant design and engineering challenge, the BBR will set a new standard in satellite radiometry.

Thales Alenia Space’s engineers in the UK led the design, construction and testing of the BBR.  Other British companies and universities made significant contributions to this instrument, including STFC RAL Space (telescope assembly), ESR (mechanism assembly) and SciSys (onboard software). The BBR is the first core optical Earth Observation instrument produced by a  British team for an ESA mission for more than 20 years.

“By designing, building and testing the sophisticated BBR instrument, Thales Alenia Space is proud to serve the largest and most complex Earth Explorer mission to date,” said Ben Olivier, CEO of Thales Alenia Space in the UK. “It represents ten years of collaborative and constructive work between teams from industry and academia, who have had to overcome tremendous technical challenges. Thanks to their efforts  it is the first instrument to be delivered for integration in to the EarthCARE satellite. We would like to thank Airbus Defense & Space for entrusting Thales Alenia Space in the UK and its highly skilled engineers with this landmark mission.”

About Thales Alenia Space
Combining 40 years of experience and a unique diversity of expertise, talents and cultures, Thales Alenia Space architects design and deliver high technology solutions for telecommunications, navigation, Earth observation, environmental management, exploration, science and orbital infrastructures. Governments, institutions and companies rely on Thales Alenia Space to design, operate and deliver satellite-based systems that help them position and connect anyone or anything, everywhere, help observe our planet, help optimize the use of our planet's – and our solar system’s – resources. Thales Alenia Space believes in space as humankind’s new horizon, which will enable to build a better, more sustainable life on Earth. A joint venture between Thales (67%) and Leonardo (33%), Thales Alenia Space also teams up with Telespazio to form the parent companies’ Space Alliance, which offers a complete range of services and solutions. Thales Alenia Space posted consolidated revenues of 2.6 billion euros in 2017 and has 7,980 employees in nine countries. www.thalesaleniaspace.com