Thales Alenia Space-built ExoMars spacecraft completes functionality analysis. All is nominal on board

All systems are “go” for this spacecraft, now en route to Mars, and Thales Alenia Space is gearing up for its rendezvous with the Red Planet in October

Thales Alenia Space has analyzed the results of the Launch and Early Orbit Phase (LEOP) and commissioning operations to draw up a report submitted to ESA. The report confirms the full functionality of the spacecraft’s two constituent modules: EDM (Entry and Descent Module) and TGO (Trace Gas Orbiter). Tests on the TGO during the LEOP phase confirmed that the satellite’s temperatures are within operational limits; the propulsion subsystem (Reaction Control System RCS) is operating as expected and energy consumption is nominal. The electrical parameters (voltage and current) remain stable in relation to the results of tests on Earth.

“We are delighted to confirm that the spacecraft is in excellent shape, everything being proceeding on schedule and to ensure that Thales Alenia Space’s team of technicians and engineers is hard at work preparing for the spacecraft’s rendezvous with Mars on October 19, 2016”, declared Walter Cugno, Exomars Program Director at Thales Alenia Space. “We are also very proud to have earned thanks from the European Space Agency (ESA) for the excellent work performed”, he added.

While ExoMars continues its journey towards Mars, Thales Alenia Space is completing its negotiations with ESA concerning activities for the follow-on of the interplanetary cruise, Mars approach and operational phases. Thales Alenia Space has recently signed a Record of Agreement with ESA for the second mission of this program, the Rover and Surface Platform Mission, expected to take place at the end of 2020. 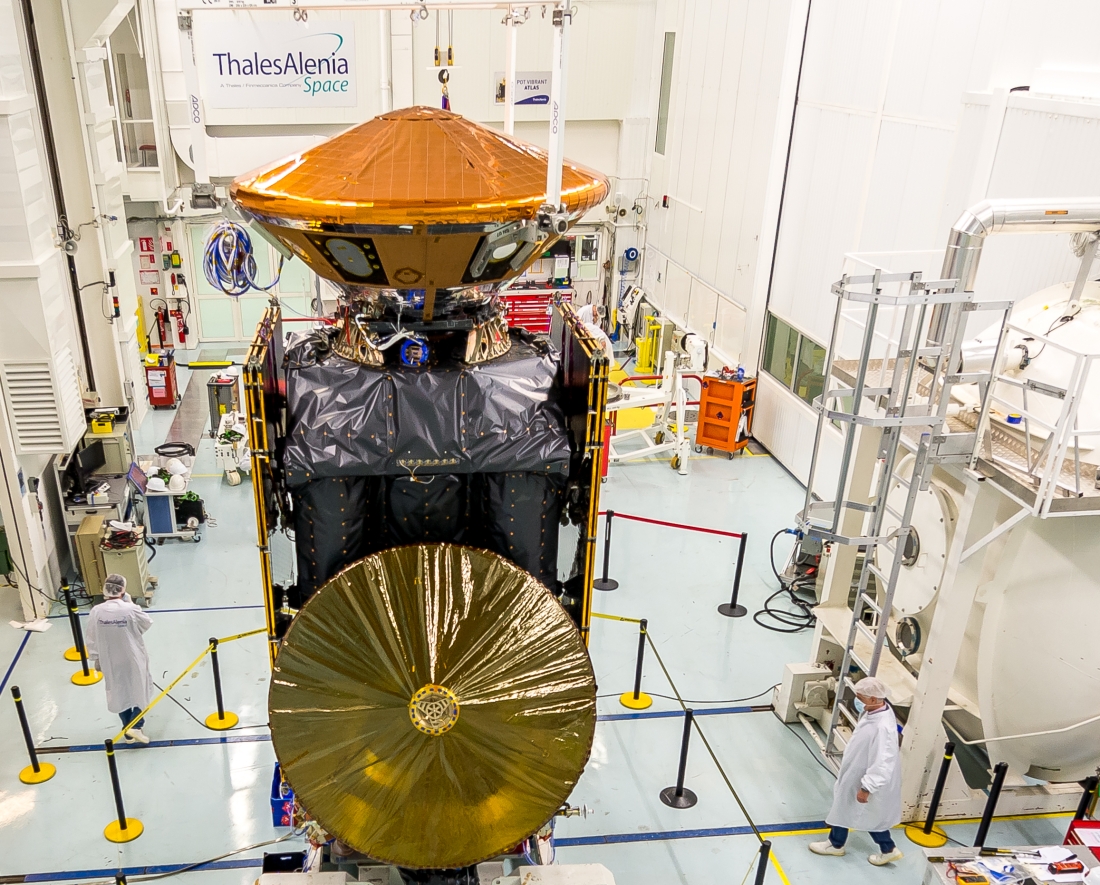