Scheduled for launch in 2022 with an expected arrival in 2029, the JUICE mission is designed to study the Jovian system and more specifically its icy moons, Ganymede, Callisto and Europa. As the archetype for the giant planets of the Solar System, Jupiter and its moons are key to understanding the emergence of life. Moreover, by exploring Jupiter's satellites – three of which are believed to harbor internal oceans – we can better understand the habitability of icy worlds. JUICE will perform detailed investigations of Jupiter and its lunar system, with a particular emphasis on Ganymede as a planetary body and potential habitat. The associated investigations of Europa and Callisto will round out a complete picture of these moons.

Thales Alenia Space is responsible for the development, design and testing of RIME, one of 10 instruments on the JUICE spacecraft. This radar instrument is considered a key to mission success, because of its ability to directly identify and map the internal structure of the ice layers. Using a 16-meter antenna, which is provided by Space Tech GmbH under contract with Airbus Defense and Space, and working at a central frequency of 9 MHz, RIME is designed to penetrate the ice surface down to a depth of 9 kilometers, with vertical resolution of up to 30 meters in ice, covering the subsurface structure of the oceans of Ganymede, Callisto and Europa. The radar development is being funded by ASI, with the University of Trento in charge of scientific aspects. RIME includes as well a contribution from NASA. 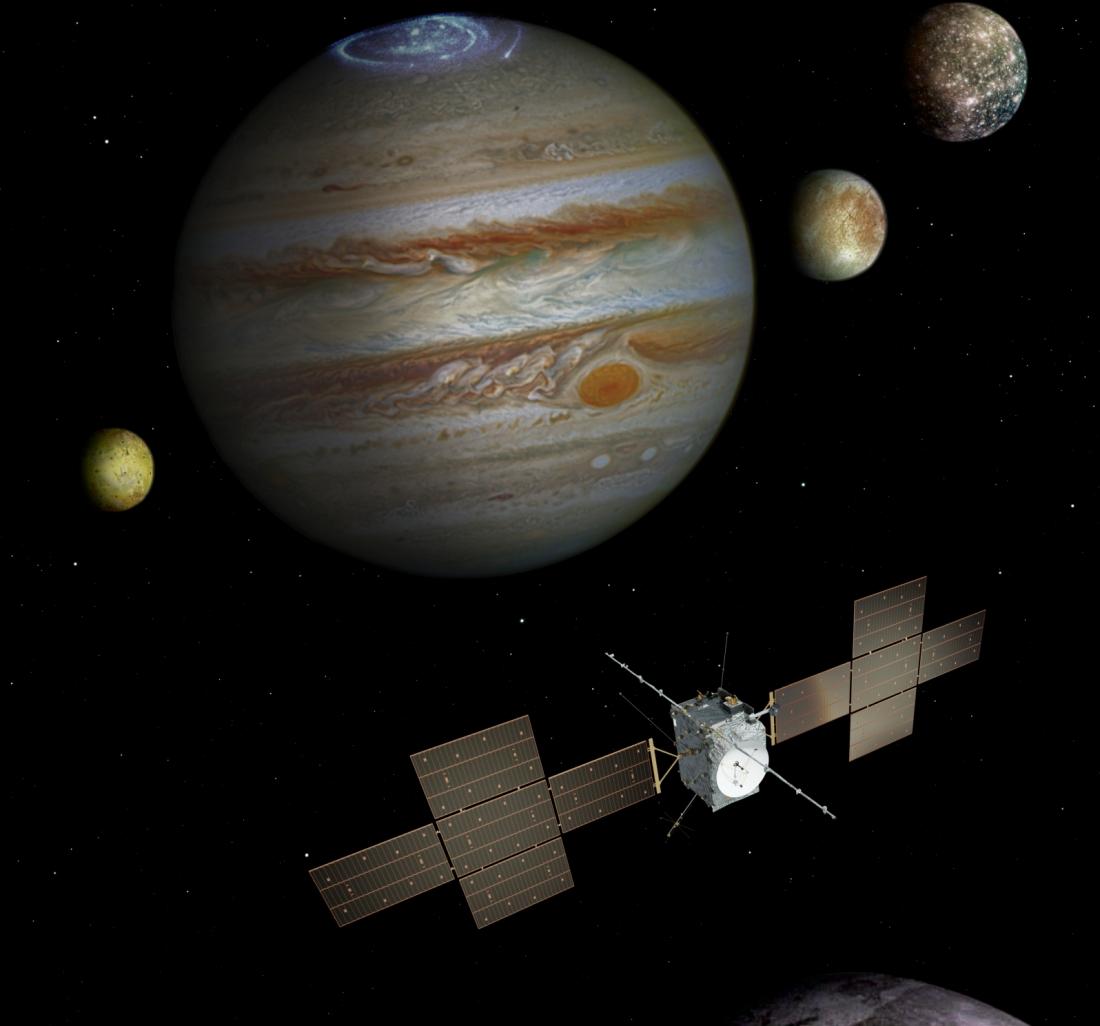 This contract reflects Thales Alenia Space’s global leadership in the design of spaceborne radar solutions, including for space exploration missions, such as the recently completed and very successful Cassini mission to Saturn and its moons. The JUICE mission also allows Thales Alenia Space to maintain and expand its strategic partnership with NASA, which started with the SHARAD sounder for the JPL MRO probe, and further strengthen its relationship with ESA, after supplying the MARSIS sounder for the Mars Express probe.

Note for specialists:
Thales Alenia Space will design the digital section (DES) of the instrument and will be in charge of the development, integration and testing of the Engineering Qualification Model (EQM) and the Proto-Flight Model (PFM) of the entire radar. Within the scope of a partnership with NASA, ASI will supply radiofrequency operating units designed and produced by the Jet Propulsion Laboratory in conjunction with the University of Iowa.

About Thales Alenia Space
Combining 40 years of experience and a unique diversity of expertise, talents and cultures, Thales Alenia Space architects design and deliver high technology solutions for telecommunications, navigation, Earth observation, environmental management, exploration, science and orbital infrastructures. Governments, institutions and companies rely on Thales Alenia Space to design, operate and deliver satellite-based systems that help them position and connect anyone or anything, everywhere, help observe our planet, help optimize the use of our planet's – and our solar system’s – resources. Thales Alenia Space believes in space as humankind’s new horizon, which will enable to build a better, more sustainable life on Earth. A joint venture between Thales (67%) and Leonardo (33%), Thales Alenia Space also teams up with Telespazio to form the parent companies’ Space Alliance, which offers a complete range of services and solutions. Thales Alenia Space posted consolidated revenues of about 2.4 billion euros in 2016 and has 7,980 employees in nine countries. www.thalesaleniaspace.com