Turin, May 1st, 2020 - Thales Alenia Space, a joint venture between Thales (67%) and Leonardo (33%), has been selected by Dynetics, a wholly owned subsidiary of Leidos, serving as prime contractor, to partner for the study development phase of the pressurized cabin of the NASA Human Landing System (HLS). 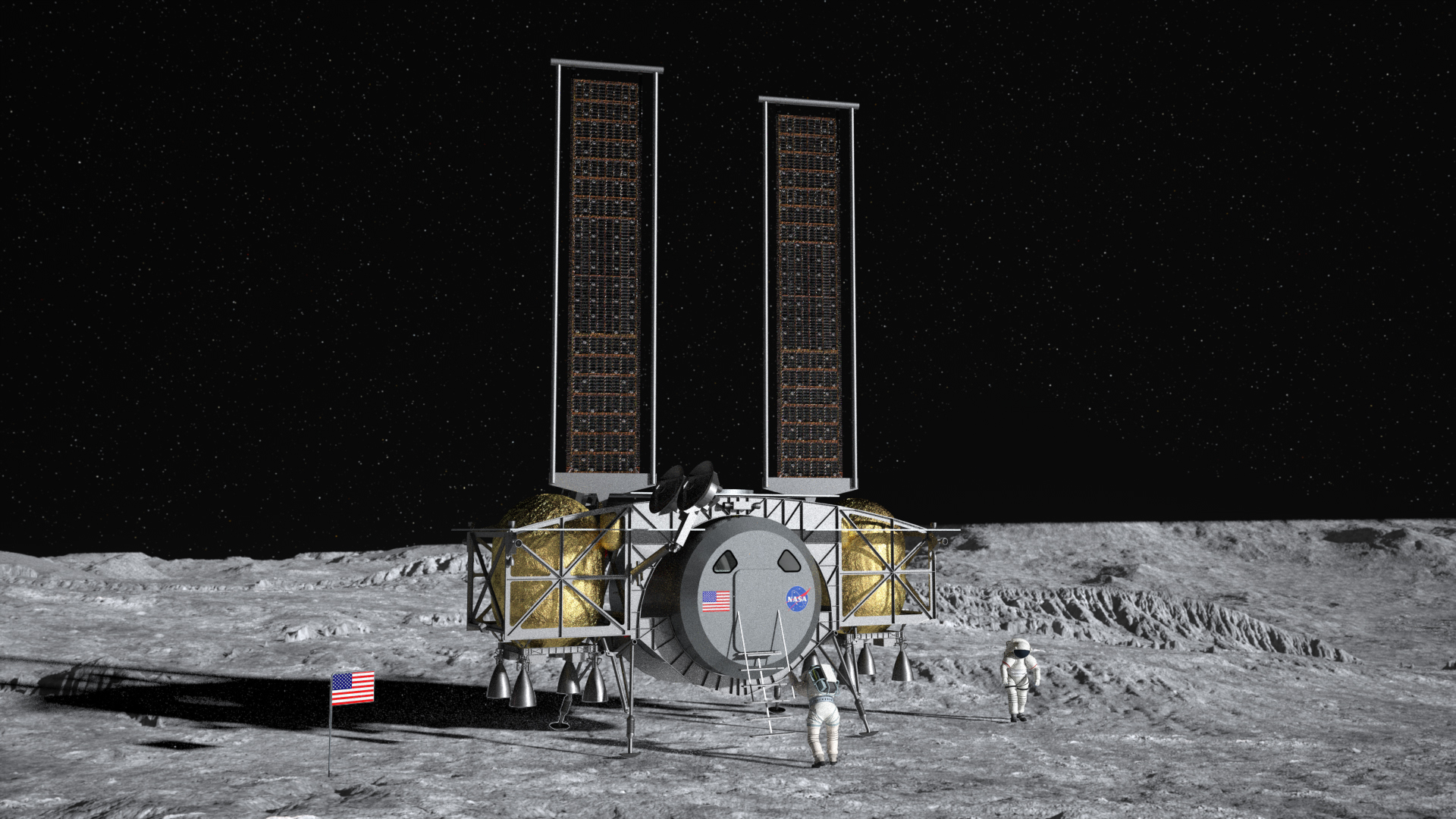 The international consortium led by Dynetics is one among other teams appointed by NASA to compete during the initial design and development phase of the Human Landing System until the Preliminary Design Review (PDR) milestone.

The Human Landing System is part of NASA’s Artemis program, representing a key capability of its Moon return strategy. The man-rated landing vehicle will enable astronauts to reach the lunar surface, live and operate on the ground for a maximum of one week and then ascend back to the Moon’s orbit.

Thales Alenia Space will be in charge of the design of the main volume of the crew module, including the primary structure, hatch & Extra Vehicular Activities (EVA) door, windows and thermal and micrometeoroid protection, together with the primary production of the basic tools.

The design of the pressurized cabin structure will progress at a much faster rate than the other components of the system, despite the technical challenges the team faces. This component plays a key role in the entire lander’s development, as it will host and protect astronauts from the Moon’s atmosphere and asperities.

The goal is to reach the Critical Design Review (CDR) by the end of the year, when NASA will down-select the best technical solution and authorize to proceed with the immediate manufacturing of the first two flight units serving the 2024 and 2026 missions.

“We are honored and very proud to partner with Dynetics in the next exciting milestone to let humanity reconnect with our Moon. Spreading the dream of generations to some others, this mission is among the most challenging ever implemented. The NASA requirements and timeline require the highest industrial capabilities and experience and Thales Alenia Space has the privilege to partake in this new adventure. Thales Alenia Space, embracing Italian Space Agency (ASI) and main Space Agencies’ ambitions, has pioneered space exploration and will put in place over 40 years of experience in the field to sustain and safely accompany the first woman and the next man to touch the Moon’s dusty ground” commented Massimo Comparini, CEO of Thales Alenia Space Italia and Senior Executive Vice President Observation, Exploration and Navigation at Thales Alenia Space.

Thales Alenia Space is aligned with the US-Italian space agencies’ agreement, signed on October 23, 2019 by NASA Administrator Jim Bridenstine and Giorgio Saccoccia, head of the Italian Space Agency (ASI), to bridge the common intent to extent the fruitful and long-lasting collaboration between the two agencies.

Route to the Moon

The project includes I-HAB, a pressurized element with habitability and life support functions, as well as docking capabilities to provide interfaces and resources for visiting vehicles, and the study for ESPRIT, a logistic module used for propellant storage and refueling system for the Gateway’s propulsion, as well as communications systems with the Moon, interface points for external payloads and a scientific airlock.

Venus, Mars, Mercury, Saturn, the Sun, comets, exoplanets, the dark universe… and tomorrow, back to the Moon! Thales Alenia Space has always been a pivotal partner in international exploration missions matching perfectly its “Space for life aspiration”. While exploring and better understanding our Solar System the company has also widely contributed to the International Space Station by providing pressurized modules both for the station itself by also for the resupply cargos. 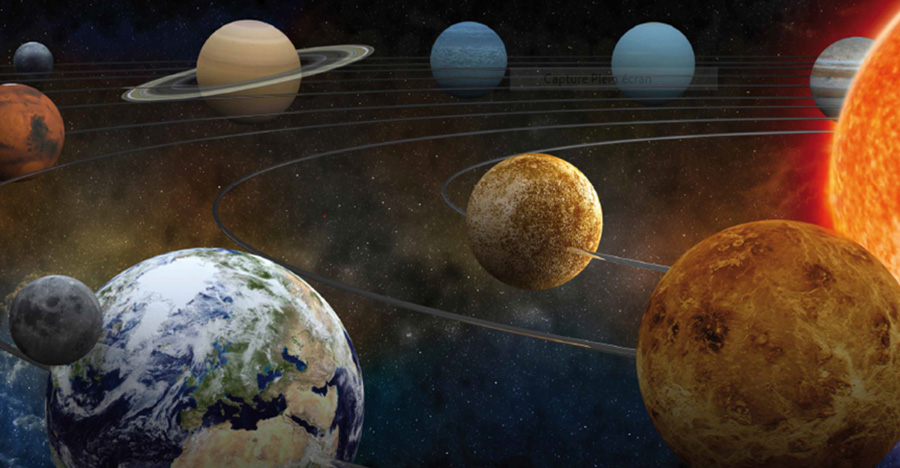 ABOUT THALES ALENIA SPACE
Drawing on over 40 years of experience and a unique combination of skills, expertise and cultures, Thales Alenia Space delivers cost-effective solutions for telecommunications, navigation, Earth observation, environmental management, exploration, science and orbital infrastructures. Governments and private industry alike count on Thales Alenia Space to design satellite-based systems that provide anytime, anywhere connections and positioning, monitor our planet, enhance management of its resources, and explore our Solar System and beyond. Thales Alenia Space sees space as a new horizon, helping to build a better, more sustainable life on Earth. A joint venture between Thales (67%) and Leonardo (33%), Thales Alenia Space also teams up with Telespazio to form the parent companies’ Space Alliance, which offers a complete range of services. Thales Alenia Space posted consolidated revenues of approximately 2.15 billion euros in 2019 and has around 7,700 employees in nine countries. 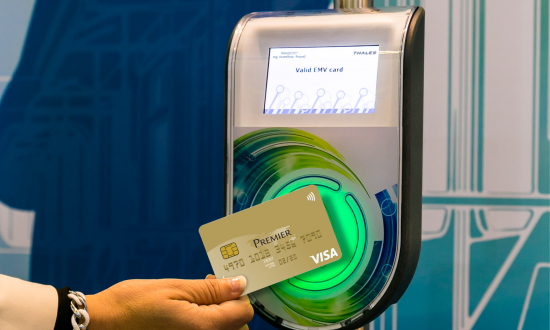 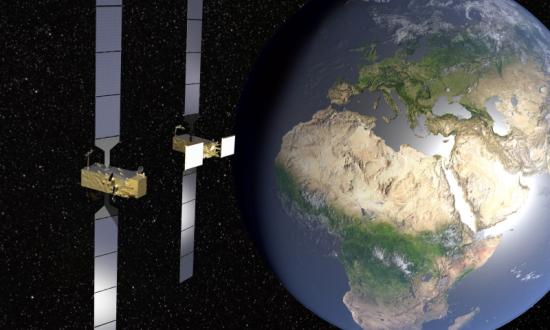