Improving security, slashing fraud, and enabling cardholders to use their cards abroad with much more convenience – EMV cards are in the U.S. to stay.

And contactless payments are to come as well.

EMV and its digital payment infrastructure

EMV and its digital payment infrastructure

Now the shift to EMV and chip-card transactions is almost complete, with 1 billion EMV cards in circulation in the country at the end of 2019 and close to 10 billion globally, according to EMVCo.

Migrating to EMV has also prepared the U.S. market for other forms of digital payment – from mobile wallets to wearables to further Internet of Things (IoT) applications.

All these forms of payment rely on EMV, and it is only with the EMV infrastructure in place that it becomes possible to conduct secure contactless transactions.

But more about that later.

First of all, let's start with the latest EMV stats.

Impressive results in the U.S.

When many countries in the world shifted to EMV, the U.S. became an easy target for fraudsters.

And we see impressive results.

The main reason why issuers, payment networks, and merchants across the United States are migrating to EMV technology is the significant fraud reduction.

Additional benefits include more convenience abroad for cardholders and paving the way for other forms of digital payment.

With market penetration of EMV technology growing around the world, in particular, the nearly 100% coverage in portions of Europe and Canada, magnetic stripe technology has become more and more archaic.

Millions of U.S. cardholders have been inconvenienced abroad over the last few years when carrying non-chip cards.

Cashiers refused to take those cards, and gas pumps and ticket kiosks didn't accept them at all.

Thanks to the new EMV cards, which are aligned with global standards, that is no longer the case.

US-issued chip cards work in any EMV country in the world.

Named for its founders, Europay, MasterCard, and Visa, EMV defines a set of security standards for credit and debit card transactions that can be used for NFC mobile payments, too.

Commonly referred to as "EMV cards," or "EMV credit cards," these cards use a smart chip instead of a magnetic stripe to hold the data that is required to process a transaction.

How does EMV work?

A smart chip has the power of a small computer, allowing it to run applications that can perform advanced authentication.

The chip's processing power, along with its capacity to store more information than a magnetic stripe, means that EMV cards can hold encrypted data, perform cryptography, and generate a unique code that is assigned to each transaction.

This code is key to fighting fraud because it must be generated by the chip and cannot be used for more than one transaction.

It's virtually impossible to make a counterfeit EMV card because the chip is tough to tamper with or clone, which has resulted in reduced counterfeit fraud wherever EMV is active.

What did the 2015 Fraud Liability Shift mean?

All of the major card brands (Visa, MasterCard, American Express, and Discover) have shifted the liability for counterfeit card fraud losses, which used to be held mainly by card issuers, to merchants and their acquirers unless both parties implement EMV.

If an EMV card is used at a merchant's terminal that is not EMV compatible, the liability in the occurrence of fraud will shift from the bank to the merchant, as they are the weakest security point in the transaction.

The intent of the liability shift was to accelerate the adoption of EMV in the U.S. on both the issuing and merchant sides.

The ATM liability shift was set for October 2017, and automated fuel dispensers have until October 2020 to activate EMV.

How do EMV cards work?

EMV cards do everything that magnetic stripe cards do, but more securely. 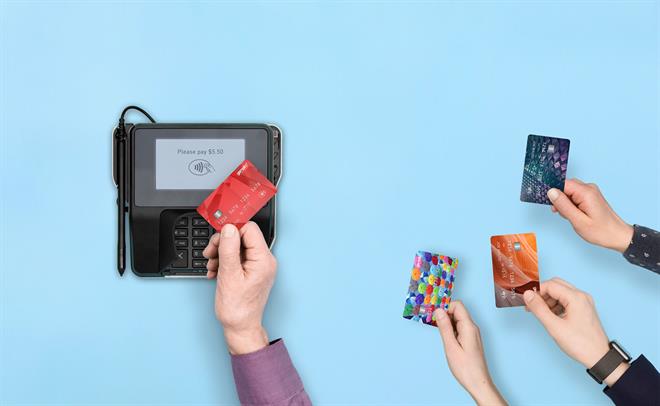 But the chip cards issued by most U.S. banks today are not the last word in card payments, and the upgrade to the latest technology EMV is upon us: Contactless EMV.

To make it short: Contactless EMV cards are secure chip cards with a small antenna, which cardholders can tap on the reader instead of inserting it.

Around seven in 10 people in the U.K. now use contactless payment in June 2019. Tap and pay accounts for more than 40% of all card transactions. Canada, Europe, Australia are also moving fast.

However, the shift to contactless could be fast, according to experts, because many of the new EMV readers that retailers have installed are contactless-ready.

To sum up: consumers all around the globe are discovering how easy, quick, and convenient contactless payment can be for small and frequent transactions with cards, mobiles, rings, and wristbands.

Contactless cards have proven a remarkable asset to issuers worldwide when they were introduced following the initial EMV migration.

Contactless, or tap-and-pay, cards give consumers the same security as an EMV transaction but transmit the information with a wave of the card.

There is no more inserting, less waiting, and no concern about leaving the card in the POS terminal.

A direct route to EMV can start with a contactless card.

Issuers in the U.S. like Citi, American Express, HSBC, and TCF have begun launching contactless portfolios. These banks are anticipating the popularity of contactless cards and taking advantage of being the first to offer their consumers the benefits of speed and convenience.

EMV and mobile payments are complementary technologies, each filling a separate need.

The POS terminals that accept EMV contactless cards also accept NFC mobile payments because they are based on the same technology, so consumers can use the same tap & pay gesture, whether paying by card or smartphone.

Mobile payments, together with EMV and contactless cards, will provide consumers with a choice of options. 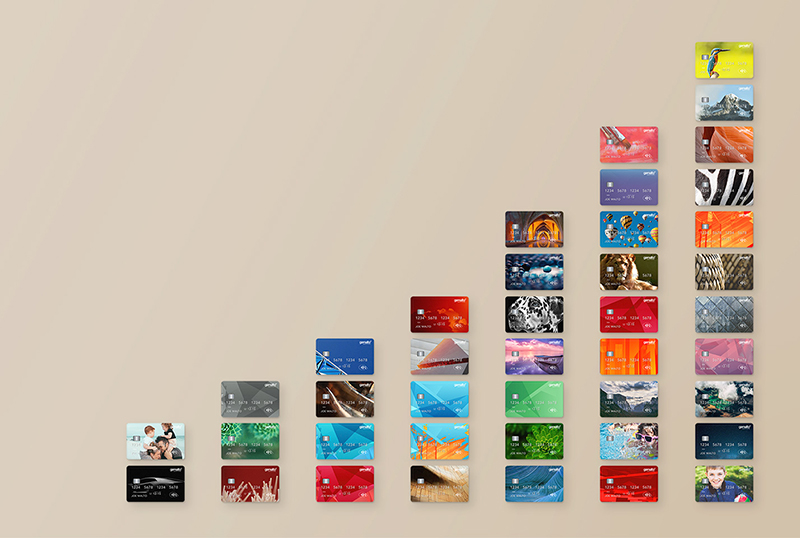 We will work with you so we understand your problems and what you want to achieve.

We will ensure the smooth running of your current project and help you to innovate.

We can transfer our know-how to your IT teams or provide you with a turnkey issuance solution, leaving you free to focus on your core business.

With direct access to our expertise, we will significantly reduce your costs, minimize project risk, and optimize rollout timescales.

If you have a question to ask or have simply found this article useful, please leave a comment in the box below. We'd also welcome any suggestions on how it could be improved.

Why contactless pickpocketing is impossible