It features several characteristics of the citizen’s identity, including civil and tax identification, social security number, health card and voter card, in a single unifying format.

The highly secure “Citizen Card” also enables a Portuguese person to communicate with government administrations in a simple, fast and secure way through the use of a certified, digital signature.

This card is biometric and contains the holder’s fingerprints.

The fingerprints captured and stored on the card are then destroyed.

The Portuguese constitution prohibits the use of a single central file for all domains.

The card supports biometric identification​ through the use of fingerprinting.

It uses the “match on card” method, which involves making a fingerprint comparison on the card rather than on the reader (the more conventional method to date).

In traditional biometric systems, templates are stored in a central system along with the identifying information, a fingerprint database.

When a person is requested to prove his identity, a finger has to be scanned and sent to the server. A template is then created and checked against the previously enrolled template.​

Match-on-card is an attractive option when the project needs to provide for situations where the identity document will be checked in a non-secured or only partially-secured environment (particularly the verification terminals).

​​Because the data never leaves the card, interception of data during transfer to a reader is impossible.

This solution requires a slightly higher spec card in terms of calculation and memory capacity and OS, than the more conventional storage of fingerprints on card with transfer to terminal for comparison.

Portugal’s history as a former dictatorship and a young democracy (1974), and the population's attachment to public liberties and human rights, put the choice into perspective.

Back to Biometrics for use in identification 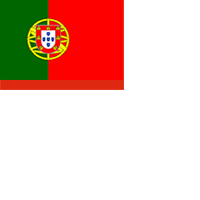 Thales On Board for Portuguese Citizen Cards