We all remember Tom Cruise’s character in Minority report (2002) successfully spoofing an iris recognition check as he replaced his eye he just bought on the black market.

To top it off, he also tricked his employer’s network access with his old eyeball he brought along.

In Hollywood movies, biometrics systems and their liveness detection capabilities can easily be fooled by gelatin fingerprints, fake irises, and special glasses.

As you would expect, the reality is very different.

Those tricks will not dupe today’s technology for a second.

With AI and, more precisely, deep learning - where a system can learn from data - biometric technologies have become measurably more accurate and resilient to attacks.

We’ll come back on this later.

But it is right to say that, as biometrics is increasingly used to identify individuals, security issues and vulnerabilities in un-supervised environments are catching the attention of solution providers, researchers, fraudsters, and users.

The good news is that the resistance of biometric systems to spoofing attacks can increase dramatically, using a series of field-proven and cost-effective techniques.

In this article, we will focus on liveness detection processes and answers these questions:

So, if you want to go from liveness beginner to pro, this guide is for you.

Let’s begin and start with a definition.

#1. What is liveness detection?

Liveness detection in biometrics is the ability of a system to detect if a fingerprint or face (or other biometrics) is real (from a live person present at the point of capture) or fake (from a spoof artifact or lifeless body part).

It comprises a set of technical features to counter biometric spoofing attacks where a replica imitating a person’s unique biometrics (like a fingerprint mold or 3D mask made of silicone) is presented to the biometric scanner to deceive or bypass the identification and authentication steps given by the system.

Liveness check uses algorithms that analyze data - after they are collected from biometric scanners and readers - to verify if the source is coming from a fake representation.

In essence, a liveness detection mechanism is a security feature developed to mitigate the vulnerability of biometric systems to spoofing attacks.

But why do we need liveness detection?

#2. Why is liveness detection key for biometric systems?

The need for unambiguous and secure identification and authentication has motivated a massive deployment of biometric systems worldwide.

Here are some examples.

Needless to say, that biometric systems are also crucial for critical infrastructures such as border control, immigration and law enforcement, health and subsidies, population, and voter registration.

Failure to prevent fingerprint spoofing attacks may have serious consequences.

This makes sense when you consider these other examples.

The importance of spoof detection has been highlighted as early as 2013 by the European Commission’s TABULA RASA (Trusted Biometrics Under Spoofing Attacks) project.

Perhaps unsurprisingly, it has also been a topic of well-coordinated research in the United States since the launch of “Odin” in October 2017.

The Odin program has been initiated by the Intelligence Advanced Research Projects Activity (IARPA), an organization of the US Office of the Director of National Intelligence. Its goal is “to develop biometric presentation attack detection technologies to ensure biometric security systems can detect when someone attempts to disguise their biometric identity.”

Designing a biometric system that protects against current and future spoof attacks represents today a significant challenge for the industry.

The threats posed by fraudsters are as broad as they are serious. They have access to high technology such as 25-micron resolution resin 3D printers and artificial intelligence too.

#3 What are the known fingerprint spoofs?

Fingerprint spoof attacks (also known as Presentation Attacks or PAs in the technical jargon) have been realized using imitations (Presentation Attack Instruments or PAIs) made of all sorts of easy-to-find materials like glue, wax, plasticine, and silicone.

The first spoofing of fingerprint readers was reported in 1998 by NETWORK computing.

These attacks have been the subject of many tests and publications on spoof detection fingerprint methodologies and techniques (also known as Presentation Attack Detection - PAD) in the last decades.

The LivDet (short for Liveness Detection) liveness detection competitions have been running every second year since 2009.

Anti-spoofing has its own “Hackathon.”

And it’s an international topic of concern.

The International Standards Organization’s ISO/IEC 30107 standard on anti-spoofing and liveness detection techniques provides a foundation for these methodologies (PAD) to evolve through a framework. Attacks during the presentation and collection of biometric characteristics are described and communicated.

Here is a (non-exhaustive) list of well-known Presentation Attack Instruments for faking fingerprints conducted either with an overlay or a 3D printed fingerprint.

So, how is liveness detection done?

#4 How to detect liveness in fingerprint presentation attacks?

Technics to overcome presentation attacks on fingerprints biometric systems are divided into static and dynamic methods.

This fingerprint recognition capture shows linear valleys (white) and ridges (black). Minutiae are specific spots such as ridge bifurcations and endings (in yellow and red). The tiny circular dots are sweat pores. (Source Gemalto at Milipol 2017).

Solutions will exploit both counterfeit detection and liveness detection methods.

They compare a single fingerprint capture with others.

They process multiple fingerprint frames (aka fusion) and perform a more in-depth analysis to detect life signs in acquired fingerprints.

CNN models can be trained to distinguish a live finger from a fake. They can, for instance, identity forged fingerprints with known materials.

Think about it this way:

As a result, tricking fingerprint scanners and readers now requires a markedly higher level of expertise that goes far beyond rudimentary silicone spoofs.

Most of all, creating a high-quality artifact from a latent fingerprint requires skill and knowledge similar to that of a forensic specialist with the appropriate lab equipment.

The truth is that making functional prints is actually very complicated and time-consuming, according to Ars Technica (4 August 2020).

So, what’s the magic formula to counter fingerprint spoof attacks?

Sorry, but there’s no magic formula nor silver bullet.

A single method can never provide all the security you'll need. The real solution lies in combining the right number of different features.

The irrefutable answer also lies in results: i.e., the device capacity to resist attacks today and over time.

Beyond vendors’ references and technical claims, it’s certainly hard to make the right choice between all the devices available on the market.

New test methods for devices to assess conformance with the ISO standard can undoubtedly help.

Their results could be an appropriate benchmark.

During the tests, the systems are challenged with different presentation attacks. If successful, the vendor will receive a testing report.

In accordance with the ISO/IEC 30107-3 standard (Testing and reporting, introduced in September 2017) and 30107-1 framework, the results offer excellent guidance both for the supplier and its customers.

Somehow, the question is moving from “what is the technology used for liveness detection?” to “Is the device compliant with the latest standards?”

Thales Cogent DactyID20 scanner Dactyl20: A first in the market in 2020 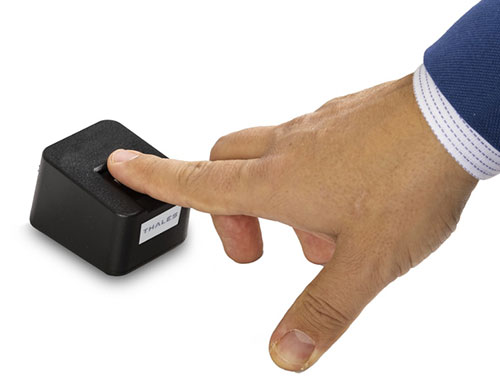 At the end of the tests the number of fake fingers classified as real (APCER rate) was equal to 0 (0%).

A patented illumination system inside the scanner detects if the finger placed on the prism/scanner is human skin or artificial materials are involved. In case of a spoofing attempt, the system can be configured to return a message “FAKE FINGER DETECTED.”

#5. What are the known face spoof attacks?

Let’s move on to facial recognition.

The face detection, face capture, and match processes are detailed in our web dossier (How facial recognition works).

We will specifically focus here on facial liveness detection.

They are many similarities between the two modalities.

The most advanced techniques combine these features.

They also heavily rely on facial detection algorithms’ accuracy to spot alterations such as variations in pose and expression, remove noise (brightness, background).

Passive liveness detection does not require any action to be taken. It’s used by Thales ID verification suite and its Live Selfie Verify module for assured user presence during enrollment.

#6. What are the current countermeasures developed for face spoof attacks?

They can rely on passive and active detection methods.

It was not until 2018 that liveness detection certification started to appear in the face recognition industry. The certification and performance tests are now carried out by accredited organizations.

Face recognition systems are challenged with different presentation attacks such as printed photos, masks, or videos.

For a buying decision, the vendor’s research strength, experience, and the ability to mobilize experts to support your project are key decision factors.

We’re not through yet, because with technology, we are in a never-ending battle.

The machine learning methods and their related deep learning algorithms used to boost biometric system accuracy are also being leveraged to create high-quality synthetic images and videos known as deepfakes.

Their potential to deceive the human eye is so high that it is challenging to tell the difference between what’s real and what is fake.

We know what you think.

That’s the exact definition of liveness detection, and that’s scary.

To such an extent that the topic is now on the US government's radar, according to CNN business, both on the technical and legal aspects.

Tech giants such as Amazon, Facebook, and Microsoft are working together along with MIT and Cornell to fight the spread of misleading deepfakes.

The same tools are now being used to counterattack and detect deepfakes.

Systems are trained to recognize minor inconsistencies such as unexpected shadows, too much glare on glasses, unnatural facial moles, blinking (too many times or not enough).

To accelerate the development of detection algorithms, Facebook created the Deepfake Detection Challenge in 2019.

Even better, several vendors are offering spoof bounties to hackers.

Today, the creation and detection abilities are progressing hand in hand.

Thales has specialized in biometric technologies for 30 years.

The company has always cooperated with the best players in research, ethics, and biometric applications.

If you've something to say on liveness detection in biometrics, a question to ask, or have found this content useful, leave a comment in the box below.

We'd also take any suggestions on how it could be improved for future articles. 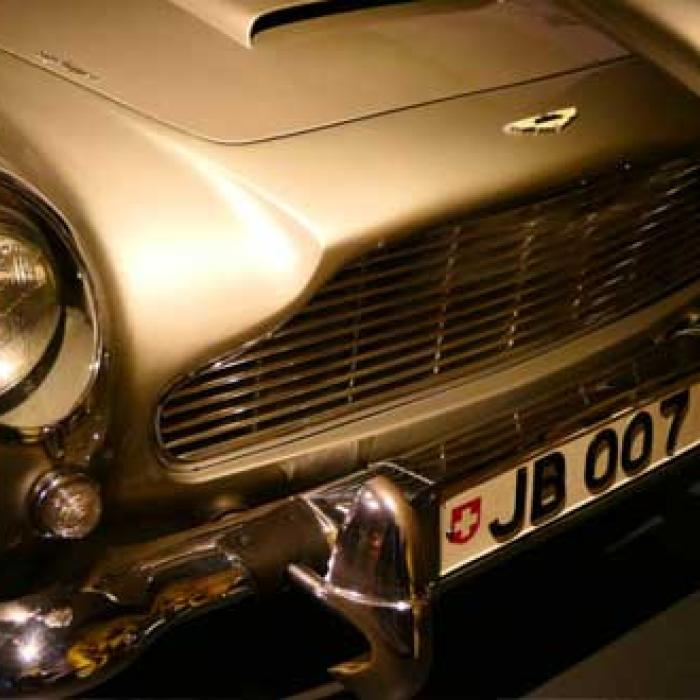 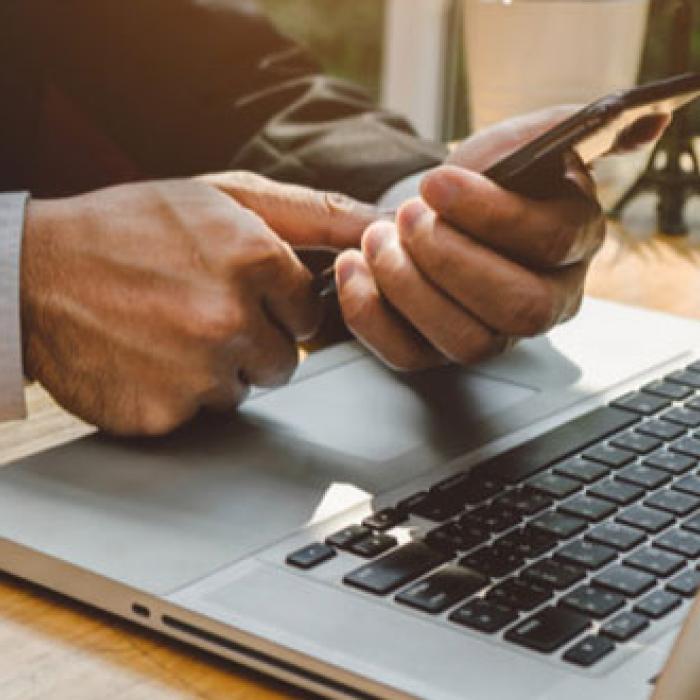