The AESA RBE2 is the very high performance radar designed for the omnirole Rafale fighter. It has been designed in close collaboration with Dassault Aviation and DGA -French defense procurement agency- to meet expectations of Air Forces by combining advanced fire control radar detection and target tracking needs thanks to innovative technologies.

In a radar, an antenna is said to be «active» when it has a single subassembly for amplification of radiated power and pre-amplification of received power. This is achieved by the antenna front end, which comprises an array of several hundreds transmit/receive modules (T/R modules). By controlling each T/R module individually, the active antenna can steer the radar beam at speeds of an electronic chip. This is called «electronic scanning in space» and effectively allows the radar to overcome the mechanical constraints of steering a single antenna. It also allows the radar to track multiple targets simultaneously in all directions. The active antenna thus replaces the conventional antenna and its mechanical steering system, along with the radar transmitter and the first stage of signal reception. 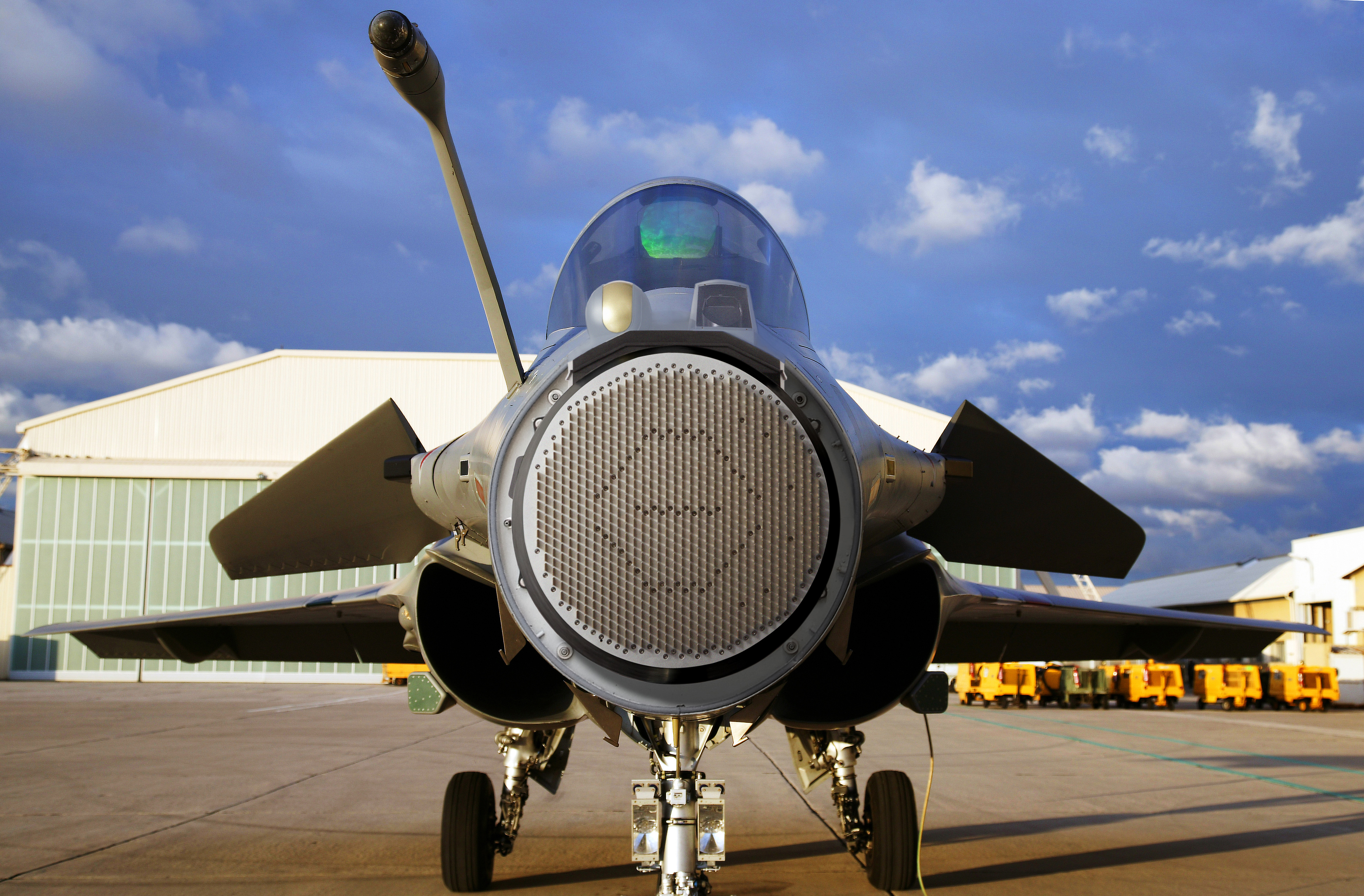 Capitalizing on Thales’s expertise from previous fighter radars for over 50 years, the RBE2 offers many advantages to the Rafale. Compared to radars with conventional antennas, the RBE2 provides unprecedented levels of situational awareness, with earlier detection and tracking of multiple targets as well as the capability of using several radar modes at the same time:

Furthermore, the AESA RBE2 brings the Rafale a number of other key operational benefits:

Dedicated to the Rafale, the RBE2 is the Europe’s first-ever AESA radar delivered to Forces.