Seconds that Save Lives

Protection against mortar and rocket attacks

Insurgent and militia groups continue to threaten civilian populations and armed forces in theatres of operations the world over. They continue to attack protection camps, Forward Operating Bases (FOB) and other sites. Sense and warn systems, such as the Ground Alerter 10 (GA10), are essential to efficiently protect people and, ultimately, critical international missions.

Rest Easy in Your Camps

Camps are set-up for protection. Whether they are civilian protection camps or armed forces FOB, people are meant to feel safe within their perimeter, protected from the conflict or the threats surrounding them. Yet, over the past decades, insurgent groups and militias have been escalating attacks against these camps, launching mortars and rockets of all types, sizes and make. The aim is to wound, kill and disrupt.

To carry out their missions successfully - protecting and, if necessary, fighting - armed forces must be able to rely on a system giving them complete peace of mind within the boundaries of their camps. To this end, Thales has developed the GA10 to provide armed forces with fully automatic, 24/7 Sense & Warn protection.

The sensing capability comprises a radar and a foldable mast. With 360° azimuth coverage, an update rate under one second and innovative algorithms, the GA10 guarantees fast detection and classification of artillery, rockets and mortars (RAM) flying in the direction of the camp within a 10km radius. Once a threat has been detected, the radar calculates a Point Of Impact (POI).

Sirens installed, throughout the camp pre-determined alert zones, constitute the GA10’s warning capability. Once the POI has been calculated, these sirens start sounding and flashing to alert people located in the estimated zone of impact, giving them up to around 30 seconds to seek refuge or evacuate. 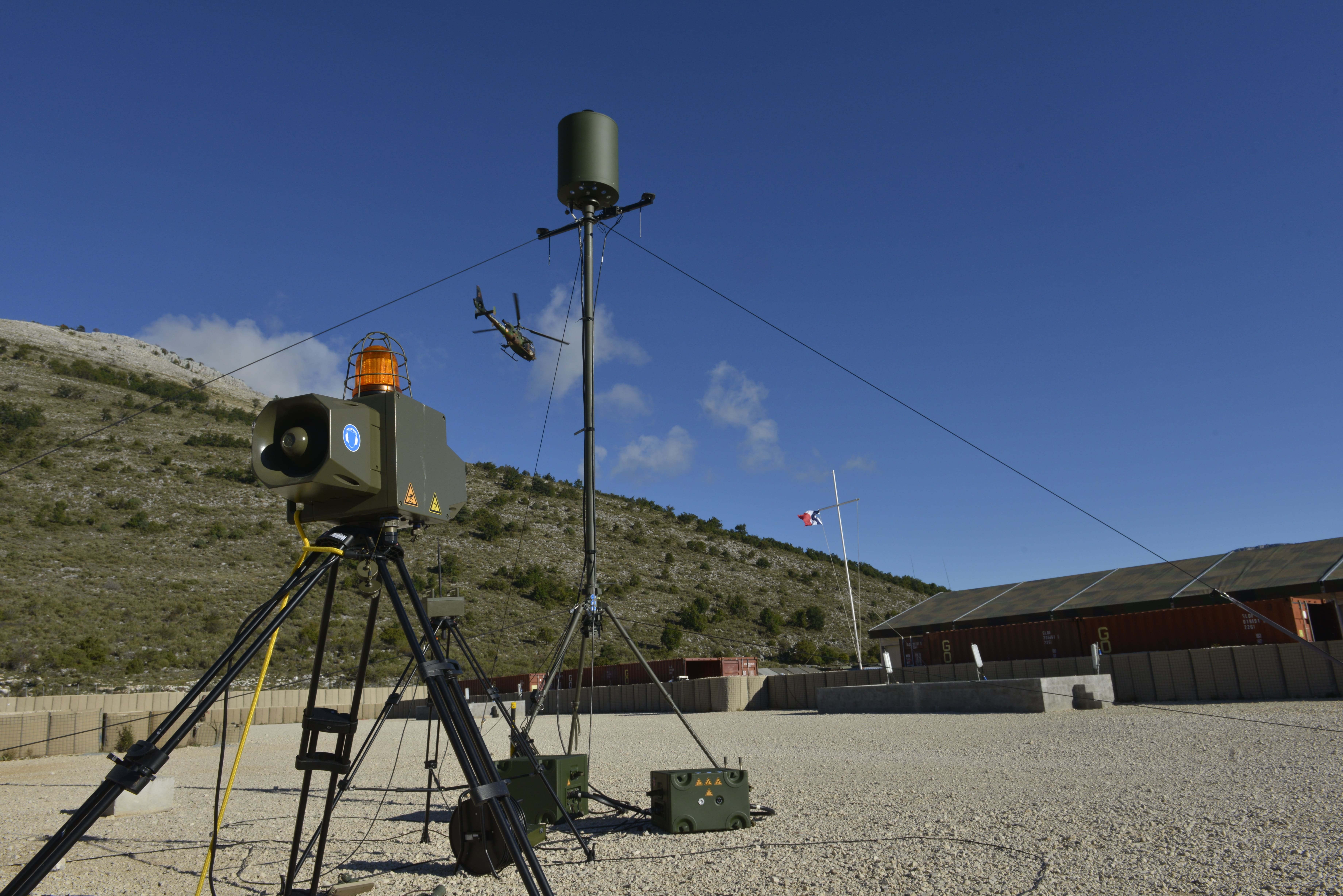 When deployed in external theatres of operations, armed forces may also need protection beyond their FOB. They may need to move convoys from points A to B, and the move may require overnight stays in temporary camps.

Thales developed the GA10 to be highly mobile and continuously protect armed forces. Therefore radar is transportable in two boxes plus foldable mast and antenna and can be set-up by two operators in less than one hour.

The GA10 was also designed to provide armed forces with full autonomy. While generators usually power GA10s installed in camps and FOBs, when on the move the GA10 radar is powered by batteries. The absence of generator is also key tactical advantage outside permanent camps, ensuring that the system runs quietly without attracting undue attention.

Sirens are powered by batteries which last, depending on the number of alerts, between 3 to 5 days. When connected to solar panels, complete energy autonomy of the sirens is guaranteed throughout the mission.

GA10 also calculates the Point of Origin giving forces good indication of where the threat comes from. This enables ground forces to react and capture or neutralize the threats/insurgents. Even when the impact is outside the camp, GA10 will detect and report the threats, providing vital reconnaissance information. This knowledge  provides key data for forces to make quick decisions on where and how to manage the threats and prevent additional attacks, whilst allow providing key seconds to alerting eventual impact in the camp.

Keeping it Safe and Simple

The GA10 is not just easy to transport, it is also easy to maintain and highly resilient. The built-in-test extends down to Single Replaceable Unit (SRU) level, and any faulty module can be easily accessed and replaced ("plug-and-play") thanks to the radar’s modular design.

Field proven by the French forces in hostile environments such as Afghanistan and Mali, the GA10 has already saved lives, establishing itself as a highly resilient and reliable 24/7 Sense & Warn system.