With the vertiginous rise of cryptocurrencies such as Bitcoin, the remarkable success of a new form of digital currencies known as stablecoins and the decline of cash, central banks and governments are striking back.

They get ready to start issuing digital money, referred to as Central Bank Digital Currency or CBDC, an electronic version of notes and coins.

This new form of central bank-issued money will complement cash and be accessible to the general public for transactions using various devices.

Although there is no single CBDC issuance framework -different approaches are being investigated- the good news is that these digital currencies could make payments more efficient, improve fiscal and monetary policies and boost financial inclusion.

However, the introduction of digital currencies raises considerable challenges, including cybersecurity and privacy protection.

In this article, we discuss the key benefits and potential of CBDCs, provide an overview of the current landscape of projects in early 2022 and present some of the challenges that CBDC deployments will face.

What is digital money?

What are stablecoins and CBDCs? 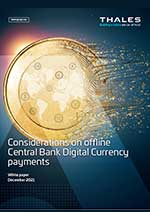 What are the potential benefits of central bank-backed digital money?

With CBDCs, central banks are looking to leverage the flexibility of cryptocurrencies for economic development while limiting their potential risks to ensure financial stability.

The need for cash substitutes

CBDC addresses the steady decline in cash in payments, a trend going on for years now.
With the regular rise in online shopping, the array of electronic payment options, including contactless at physical shops and restaurants, are gradually replacing payments with coins and banknotes. 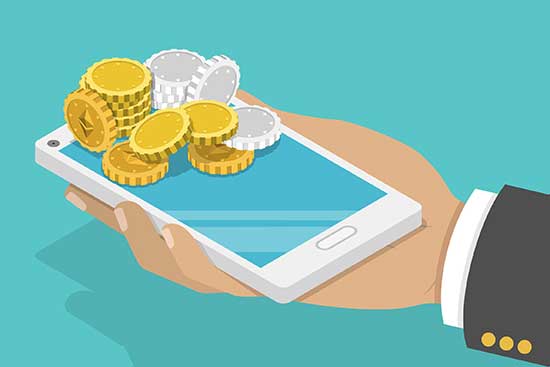 One of the essential drivers for CBDCs' popularity is its ability to nurture broader financial inclusion. CBDCs would allow everyone to generate electronic payments in central bank money.

CBDCs would offer a new way to transfer money digitally, including peer to peer for unbanked.

Efficiencies in the payment system

With government-backed currencies, this type of transaction would not require going through different banks (from one bank deposit to the other) and take several days. It could all happen in seconds on one digital ledger and slash associated costs.

CBDCs could streamline payment systems by removing unnecessary intermediaries in payment processes by their very nature.

Without the need for transactions going through different banks (from one bank deposit to the other), CBDC payments will be measured in seconds at a reduced cost.

The CBDC regulatory framework can stimulate competition and innovation in payments, according to the March 2020 Bank of England discussion paper.

Central Banks have the mission to maintain monetary and financial efficiency and stability in the public interest.

CBDCs represent a response to the disruptive forces created by cryptocurrencies and alternative finance (aka DeFi for Decentralized Finance) on national payment ecosystems. As stated by the Bank of England discussion paper, they could "avoid the risk of new forms of private money creation".

Fan Yifei, a deputy governor of the People's Bank of China (PoBC), put it more bluntly (July 2021 on MSN Money)  when talking about the private digital currencies that have turned into speculation tools: "there are potential threats to financial security and social stability".

The PBoC is opposing "disorderly expansion of capital".

And government-backed digital cash is about to become a reality, if you are in China.

What is the digital currency landscape in early 2022?

The potential of transformation and innovation of CBDCs has prompted over 80 central banks to start exploring the topic with projects at various stages, from research to proof of concept, pilot or deployment. Hereafter are some significant examples: 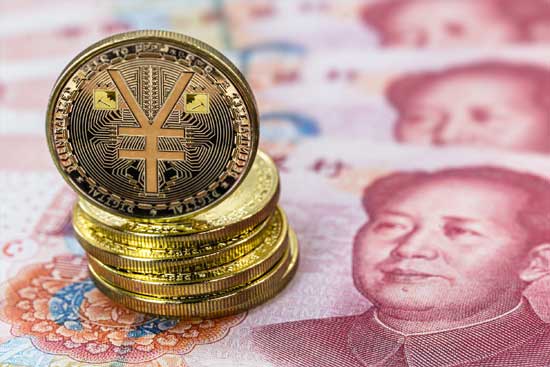 China is running ahead in the global CBDC race with its digital yuan ready for launch.

The People's Bank of China (PBoC) has been doing large-scale live tests since April 2020.

Although the PoBC did not announce any official timelines, China digital currency full-scale launch is expected by February 2022 for the Winter Olympic Games.

E-CNY will get the same legal status as cash and be available using different wallets operated by six authorised state-owned banks. For the most basic one, consumers will not need a bank account. A phone number will suffice. 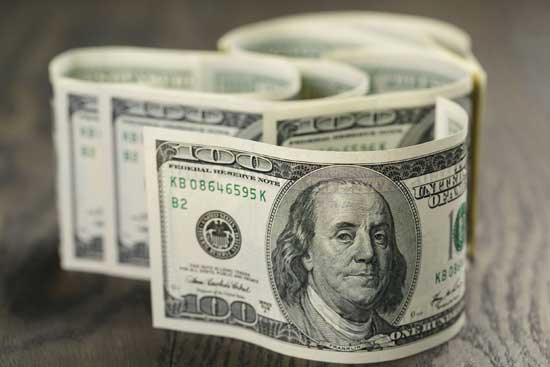 As of January 2022, no decision has been taken on issuing a CBDC in the US payments system.

The topic of a general-purpose Fed digital dollar is still very much debated.

The Federal Reserve is studying the development of a digital dollar for public use and will publish a discussion paper.

UK digital currency: Britcoins for 2025 at the earliest 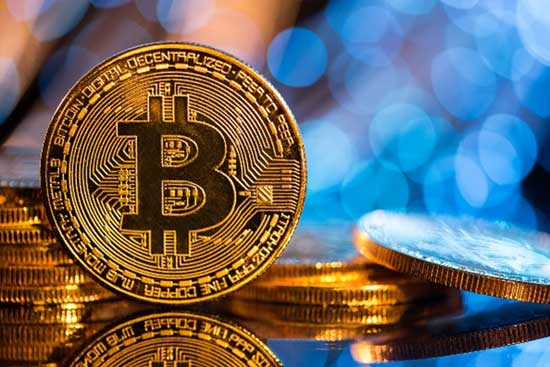 The Bank of England (BoE) has not decided on whether or not to go ahead with a digital currency and is still in an exploratory phase.

The BoE, along with HM Treasury, declared in November 2021 that they would launch a consultation in 2022 to evaluate the case for a UK CBDC. The development phase will span "several years".

The BoE added that a UK digital pound (dubbed "Britcoin") is not likely to arrive until 2025 at the earliest.

Interestingly, Tom Mutton, director of fintech at the Bank of England, said in a recent interview that CBDC would most likely be used with a phone app, but special attention should be given to including those who don't have a smartphone. That's why prepaid cards are being explored as well.

Apps and cards are to be provided by private sector companies.

Digital cash in European wallets no sooner than 2026 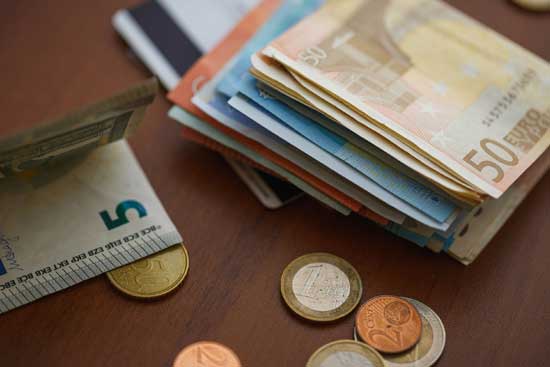 The European Union is moving at a similar pace in the matter.

In July 2021, the European Central Bank (ECB) decided to open an investigation phase for a digital euro. This first step started in October 2021 and will last two years.

Its goals are to address critical issues regarding the design and distribution of the digital euro, the potential impact on the market, data privacy, and the necessary changes to the European legislation.

The decision to develop a digital euro will happen based on this investigation phase.

What are the main challenges and vulnerabilities of digital money?

Competition from existing electronic payment methods, which are today very effective in most countries

For example, card-based payments provide a robust infrastructure and business model which, despite the criticism (fees, de facto duopoly…), have proven remarkably resilient in the past 50 years. The model works for issuers, acquirers, customers and merchants.

Other more recent methods, based on instant credit transfers, have emerged to enable fast peer to peer payments and are multiplying.

CBDCs will have to prove that their promised benefits justify the investment in acceptance and processing infrastructures.

CBDCs will be successful if they are used on a vast scale. Therefore, they will have to create sufficient attractiveness that users will massively use them.

A CBDC will have to prove it is different, better in some aspects and as effective as existing payment methods.

As revealed by the European Central Bank's consultation on the digital euro, the number one concern of respondents is privacy protection.

Cash has this benefit, for users, that it is anonymous, with the flipside that it can be used for fraudulent activity. Digital cash should approach this anonymity while, at the same time, complying with Anti Money Laundering obligations.

These obligations tend to limit the ability to perform anonymous payments severely. The challenge for CBDC deployments will be to find the right balance so that the population widely accepts this new form of money.

The capability for a CBDC solution to support offline payments is often mentioned as a desirable feature, for example, in reports from the Bank for International Settlements.

Offline payments are described as a way to improve the overall CBDC system for reasons of resilience, greater reach and improved financial inclusion.

Indeed, offline transactions could be supported by other, cheaper devices than smartphones that do not necessarily have online/over the air connectivity.

Yet, today, many trials and experiments are based on distributed ledgers with a necessity to connect online for each and every transaction. Offline payments are indeed challenging to implement:

A consequence of (consecutive) offline payments is that digital money is stored in devices and that no entity exercises control during payment other than the participating devices. Therefore, offline payments have specific requirements from a security perspective and a subsequent monitoring perspective.

Thales helps more than 3,000 financial institutions, retailers, and other players meet the challenges of payments.

The company also provides a growing range of software and services for digital banking and payment services.

If you have a question about digital currencies or CBDC cybersecurity in general, we'll be happy to help.