Its architecture is unlike any other in the world, with two data channels instead of the single channel used by other systems. A navigation channel is dedicated to attitude, heading, airspeed and position calculation. A second "stabilisation" channel is optimised to provide acceleration and rotation inputs with low time lag, low noise and no impact on the bandwidth needed by the fly-by-wire system or the visual sighting instruments and ancillaries.

Thales began developing inertial navigation systems over 30 years ago, and numerous platforms rely on them today, from the Mirage 2000 and MiG-29 fighters to the C-130 military transport, Tiger helicopter and Ariane 5 rocket. More recently, these systems have also been selected for the Airbus A350 XWB, ATR 72-600 and Embraer KC-390. In 2016, TopAxyz high performance IMU was selected for the Jaguar, French armoured vehicle.

With three decades of research and development efforts to its credit in this field, Thales is one of the only companies in the world to have developed a laser gyro solution performing simultaneous measurements in three axes. Three pairs of lasers (created in a helium-neongas, stimulated by electrical discharge) are maintained in a closed circuit along capillaries, machined in the edges of a regular ctahedronin vitreous ceramic. Each pair comprises two counterpropagating waves, i.e. one wave travelling in the opposite direction to the other. Six mirrors located at the corners of the octahedron cause the light to travel along three square-shaped perimeters. Three of the mirrorsare transmittant (slightly transparent).

When the block is made to rotate in space, under the effect of special relativity, the two lightwaves travelling respectively in the direction of rotation and in the opposite direction are shiftedout of frequency with each other. The prisms arranged in contact with the transmittant mirrors cause a fraction of the two counterpropagating waves to interfere with each other, and photodiodes placed over the prisms observe the interference fringes, which alternate between light and dark, travelling at a speed proportional to the speed of rotation to be measured.

To achieve the degree of sensitivity needed for such measurements (up to one-ten-thousandth of Earth’s rotational speed), the surface state of the mirrors employed must be near-perfect.

Concerning the precision of the direction of travel of the light, the mirrors and prisms are assembled within the block by means of molecular adhesion (pressing parts together until bonds form at atomic level). This feat of engineering and technology is performed on a daily basis at the Thales facility in Châtellerault, France. 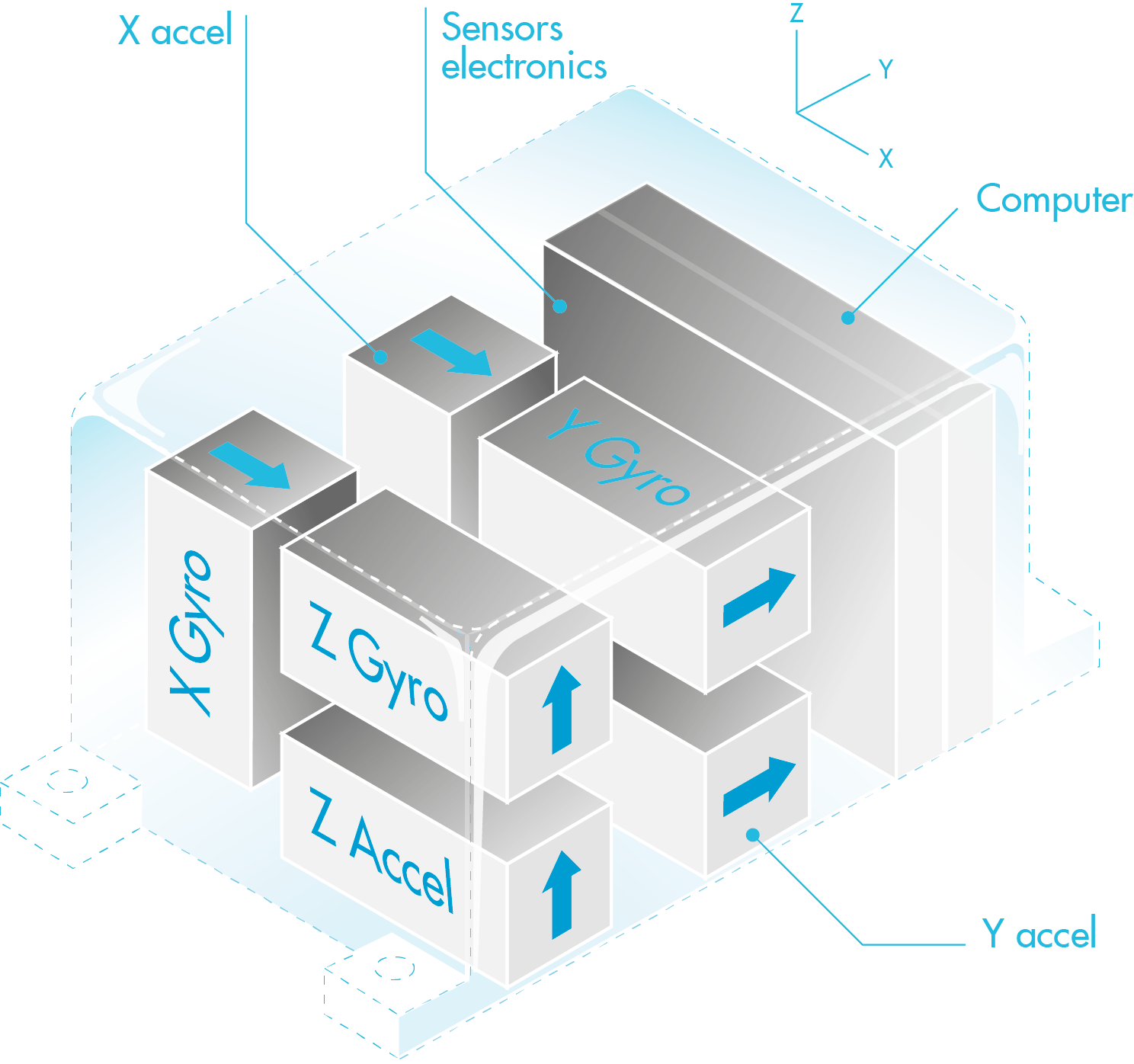 IMU, what for: performance per application infographic