With BlueScan®, Thales takes collaborative Anti-Submarine Warfare to the next level thanks to Big Data and Artificial Intelligence

Navies around the world need to perform a variety of missions from Maritime Security Operations in territorial waters to Power Projection including interventions on external theaters of operations, and from coastal environments to the deep sea. They are facing growing and sometimes unexpected threats and challenges, and Anti-Submarine Warfare (ASW) is especially resurging as a key discipline for the 21st century to ensure Navies effectiveness and safety at sea. As ASW missions are crucial to the ability of naval forces to make the right choices at decisive moments, Navies are clear about what they need: a comprehensive, real-time picture of ever-increasingly complex tactical underwater situations that enables true collaboration – and the ability to distil actionable information from the huge data volumes generated by today’s sensors.

A force multiplier that disrupts traditional ideas of collaboration

BlueScan® addresses these needs directly by integrating sonar sensors with an advanced acoustic layer. It disrupts – and turns on its head – the traditional concept of collaborative ASW. Instead of building the acoustic picture by taking individual assessments, BlueScan® gathers all the data generated from the team’s acoustic sensors and processes it holistically. Then, using sophisticated software and user-friendly, 3D formats, it presents a real-time analysis of all assets at sea to the team’s members. This hub concept delivers more than the sum of its parts: historical data can be played in – bringing a step change in prediction quality; sonar configurations optimised, and threats better detected and classified. Sensors – on ships, aircraft; and sonobuoys – can be managed as one and positioned to provide a continually optimised acoustic screen.
With its open, scalable architecture, BlueScan® is designed to adapt to evolving operational requirements while keeping through-life support costs under control and accommodating incremental capability enhancements to meet the priority objectives of naval forces.

Position yourself today to exploit tomorrow’s advances in technology

Thales’s experts have invested thousands of hours developing and refining BlueScan® as a system to navigate collaboration’s complex challenges: sonar interoperability, seamless and secure connectivity and communications, and the exploitation of extensive environmental data for accurate predictions. Its capability is proven and being delivered for France’s FDI program and Spain’s F110 frigates. BlueScan® isn’t just about equipping a Navy with a superior ASW capability today – it’s also about positioning it strategically for tomorrow. 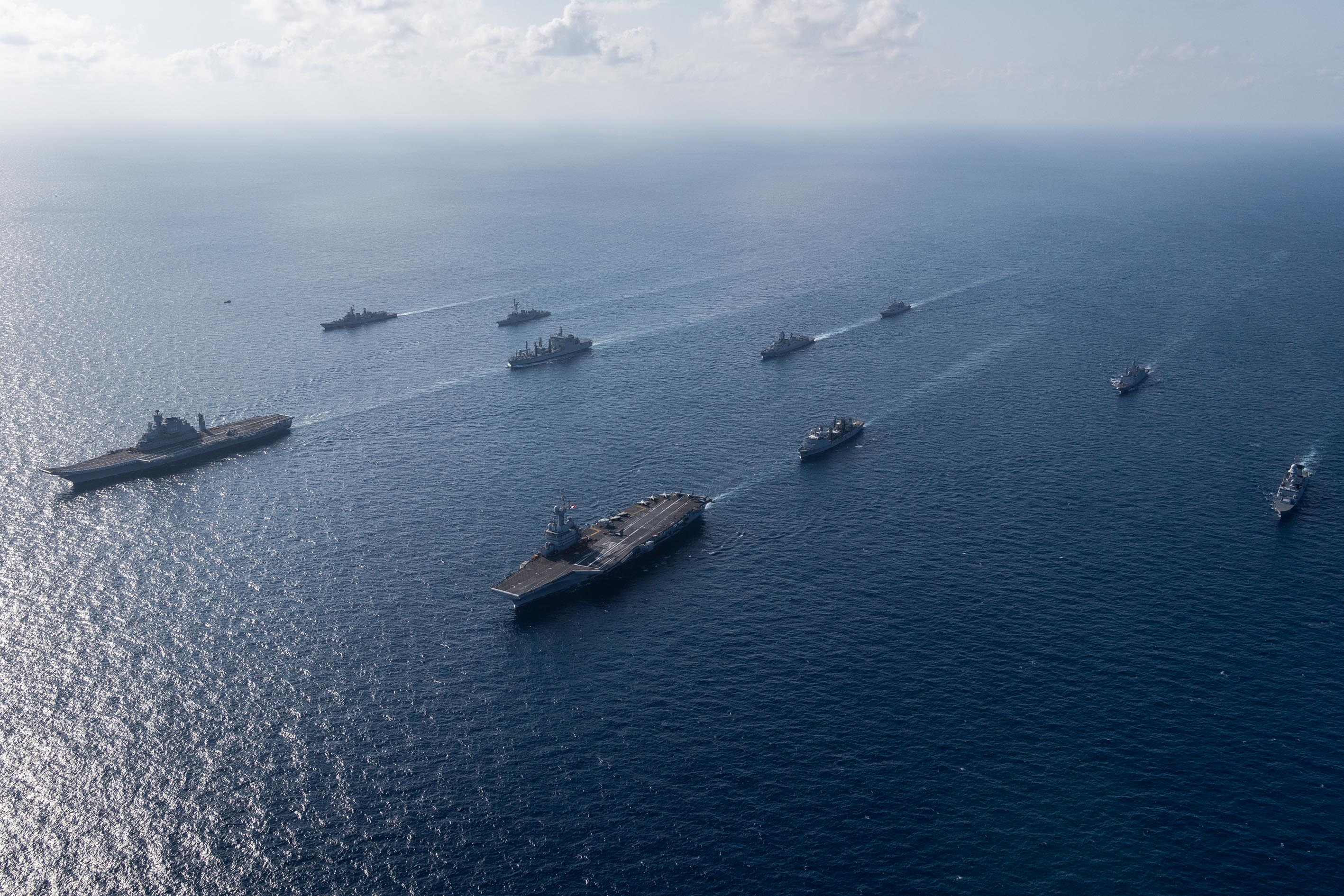 New threats have led to a significant shift in operational requirements. Today’s navies need a true collaboration between the forces, and a multi-sensor assessment of the overall underwater situation.  BlueScan addresses these needs through personalized and scalable systems integrating the most adapted combination of sonar sensors with an advanced soft acoustic layer. Thanks to artificial intelligence, it reinforces the collaborative anti-submarine warfare to strategically position the navies in the face of tomorrow’s complex challenges.

The 6th American fleet rewards its most efficient units in anti-submarine warfare every year. In 2020, it is the two French combined task forces 470 and 473 with their frigates FREMM Bretagne and Auvergne, both equipped with Thales Captas-4, BlueMaster (4110) and Flash sonars, who had the honour and pride of receiving this Hook'em Award of Excellence from the Americans.

The highly successful CAPTAS product range offers solutions for every type of Anti-Submarine Warfare mission and for every size of ship.

Thales has developed a comprehensive product range of Hull Mounted Sonars for surface combatants that answers every level if Anti-Submarine Warfare capability requirement and for every size of ship.

Thales has developed the low frequency dipping sonar FLASH (Folding Light Acoustic System for Helicopters) with exceptional ASW performances and for any type of ASW helicopter.

Maritime Patrol Aircraft (MPA) have been used intensively since WW2 to detect and prosecute submarines. These platforms are extremely useful as they can very rapidly rally areas of operational interest and deploy their sonobuoys at sea. ...

The French defence procurement agency (DGA) has awarded Thales a contract to develop, qualify and manufacture the SonoFlash air-droppable sonobuoy.

Cutting-edge sonar and substantial cost savings? Yes we can