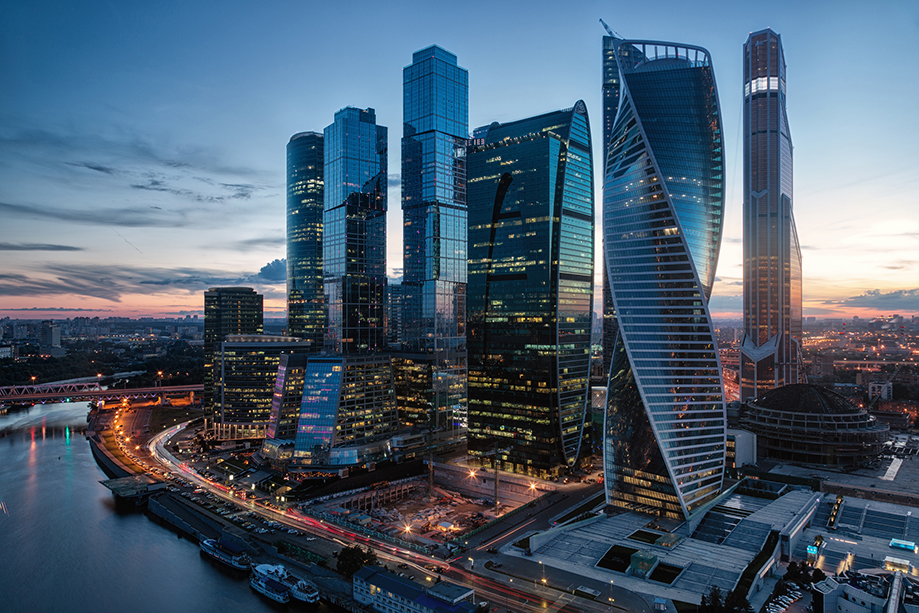 Metal cards for those who are used to getting more

It's not hard to see how dramatically the world of retail banking has changed over the last few years. However, nowhere is this transformation more striking than in the premium segment.

With the arrival of metal credit cards, in particular, issuers are giving their customers one more opportunity to satisfy their desire for style and panache.

These hefty cards usually come with high-value services. They've also proven to be an innovative tool in differentiation and retention strategies.

In Russia, the banking group Tinkoff is seizing this opportunity. This most recent innovative move is something of a status symbol for its many premium customers.

You're probably wondering what's so special about Tinkoff's Black card and its launch.

Let's discover Tinkoff bank, its founder and the challenges of this massive roll-out.

What is Tinkoff Bank?

As a modern digital bank operating in a country of close to 145 million people where there is huge potential for innovative financial services firms, Tinkoff has positioned itself as a pioneer in delivering disruptive and high-end quality banking products that fit with its motto: 'For those who are used to getting more'.

Tinkoff has already attracted 10 million users to its online banking platform since launch. Its mid-term goal is to double this figure and maintain its position as the world's largest independent digital bank in the world by customers.

The branchless Tinkoff financial ecosystem offers a full range of financial and lifestyle services for individuals and businesses via its mobile app and web interface.

A very distinctive path to innovations

In Russia, Tinkoff Bank is leading the pack when it comes to innovation.

This is due to its very nature: 70% of employees at its headquarters in Moscow are IT specialists.

100% of incoming messages are processed by robots, while 30% of calls are handled without human intervention.

What its founder Oleg Tinkov launched this summer is a breakthrough and a great illustration of Tinkoff's creativity.

In June 2019, Tinkoff Bank launched Oleg, the first voice assistant built by a financial institution as a proprietary solution.

Oleg is integrated into the Tinkoff mobile app.

The AI-based voice assistant can recognize and interpret different user commands, ask follow-up questions, solve problems and speak on a variety of topics.

Oleg's mission is to help users navigate within the Tinkoff platform and make customers' lives simpler.

The bank started its first credit card product in 2007 and went public in 2013 on the London Stock Exchange.

Tinkoff Bank has become the second-largest player in Russia's credit card market in less than 10 years with 13% of the market in 2019.

Tinkoff Bank has outperformed the Russian credit card market again in 2018. Tinkoff Bank expanded its portfolio by 19%, from RUB 130.2 billion to RUB 154.4 billion.

The Bank has a spectacular growth trajectory and an ambitious goal to reinvent the way retail customers engage with banks.

Its medium-term strategy is to become a financial marketplace where customers can buy the bank's and partners' products and services.

It's an ambitious target, and Tinkoff knows it needs to continue to innovate and stand out from the crowd to achieve it.

And the bank can count on its founder.

Another innovation: Tinkoff Jr is targeting the younger generation and was launched in 2018.

It's founder and controlling shareholder, Oleg Tinkov, 52, has an impressive and unconventional résumé too.

Tinkov is a self-made man and one of the best-known Russian entrepreneurs. He is the son of a coal miner who grew up in central Russia.

The Russian billionaire is also known for his sponsorship of road cycling events from 1999 to March 2015.

According to The Inner Circle web site, he's is not an oligarch and very much transparent in Russian business, the equivalent of Richard Branson although in a modern Russian setting.

He's proven to be provocative and disruptive.

Tinkoff recognizes that its clients want to turn heads when they make a payment, so it wanted to reflect this in its card offerings for high-end customers.

By focusing on something truly innovative and classy, Tinkoff wanted to increase brand loyalty and boost the attractiveness of its premium service program, which also features:

To achieve these aims it is rolling out to its most affluent customers the Tinkoff Black Metal, a sleek new Metal credit card that marries the convenience of contactless payment with the beauty of Metal. 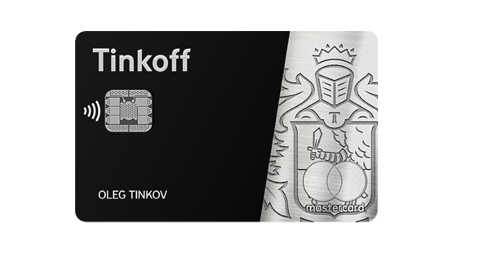 The EMV chip cards with their unique luxury design tick all the boxes for the fintech's top customers.

The eye-catching Black card comes with a tactile coat of arms etched and the Tinkoff and Mastercard logos engraved into it. Its striking metallic look and feel is accentuated by its stainless-steel credit card core.

To top it off, a double-coated satin finish gives the card a noticeably sleek and refined look which reflects the design tastes of the savvy customer base it's aimed at, helping to ensure it retains its top-of-the-wallet status.

Although Metal cards had already been rolled out to a few hundred people in Russia by its competitors, these only supported contact payment.

Tinkoff's bold offering marked a real advance by adding contactless functionality, a technology that it had already pioneered in Russia as the first bank to roll it out to customers with its dual interface veneer cards.

The card and its related services are redefining value in the payment experience.

Additionally, rather than being a small rollout to a handful of people, Tinkoff's approach was the first large-scale deployment of its kind in Russia, challenging the biggest neo-banks in the region.

It knew that it would have to move fast to win these highly demanding and most exclusive customers.

So, it decided to do a massive launch of the cards in a short time to create a truly unprecedented moment in the history of the Russian finance market.

The scale of its ambitions has impressed both consumers and the Russian finance industry.

Launching a completely new type of high-quality card on time meant Tinkoff needed to consider the design of the Metal credit and how to achieve the huge rollout it had planned for this high-end product.

It also had to build a business model that would enable to ensure fast adoption of the Metal cards.

No charge for the new Tinkoff Metal card

It has done this by not charging customers for the prestigious cards but instead requiring that they make a minimum monthly spend of 20,000 rubles (2,500 euros) or maintain a minimum balance of 3 million rubles (40,000 euros).

It achieved a fast time to roll out in line with its tight deadline.

And already, Tinkoff has been able to prove that the Russian market has an appetite for a new and unique product.

The fintech was supported by Thales DIS (formerly Gemalto) building on a relationship dating back to 2013 when the two firms sealed their first deal for smart cards.

Thales DIS supported Tinkoff in its selection of the right product to meet its needs and help with designing the steel metal card and selecting its special features.

It also helped the bank achieve its ambitious rollout plans without compromising on the card's quality and design features.

The project has required massive coordination between all the players to deliver the contactless Mastercard Black edition veneer cards on time and budget.

Thales DIS supported Tinkoff in a pilot of the card a few months before the live rollout to measure the market's appetite for the product.

The successful pilot proved Thales DIS's experience in supporting complex projects and meant Tinkoff could be sure it had chosen the right technology partner for the project.

From the outset, Thales DIS has focused on the product's features and defining the exact milestones that needed to be met to achieve Tinkoff's requirements for the largest metal card delivery project that met high reliability and quality criteria.

Tinkoff named best in Digital Premium Banking in Russia in 2019

By being first to market with a truly premium product, Tinkoff is well-placed to differentiate itself from competitors in the market, especially traditional banks, which have been slow to deploy the innovative luxury products increasingly demanded by the wealthiest customers.

Feedback from Tinkoff's premium clients reveals that they feel proud that they belong to an exclusive group.

The elegance of the cards combined with the metal makes them luxury credit cards.

And the rollout of these elite metal cards to premium clients only reinforces their exclusivity.