The Spy’Ranger family of mini UAV systems from Thales heralds a new era in intelligence gathering by forward units and confirms the crucial role of optronics in the collaborative combat of tomorrow.

Large tactical UAVs cannot provide the agility that battlegroups need on the front line or the ability to act at very short notice in fast-moving combat situations. The Spy'Ranger mini-UAV system brings front-line units an autonomous intelligence gathering and offensive reconnaissance capability, making them much more versatile, better protected and more connected than ever.

Spy'Ranger was designed from the outset as a family of mini-UAV systems to perform a wide range of missions with an optimised logistics footprint. There are currently two members of the family: the  Spy'Ranger 330 and the Spy'Ranger 550. Although the airframes are optimised for different mission profiles, both systems use the same day/night high-definition payload, secure datalink and power chain. In addition, the ground control station and its user interface are identical to help operational users to switch effortlessly from one system to another. 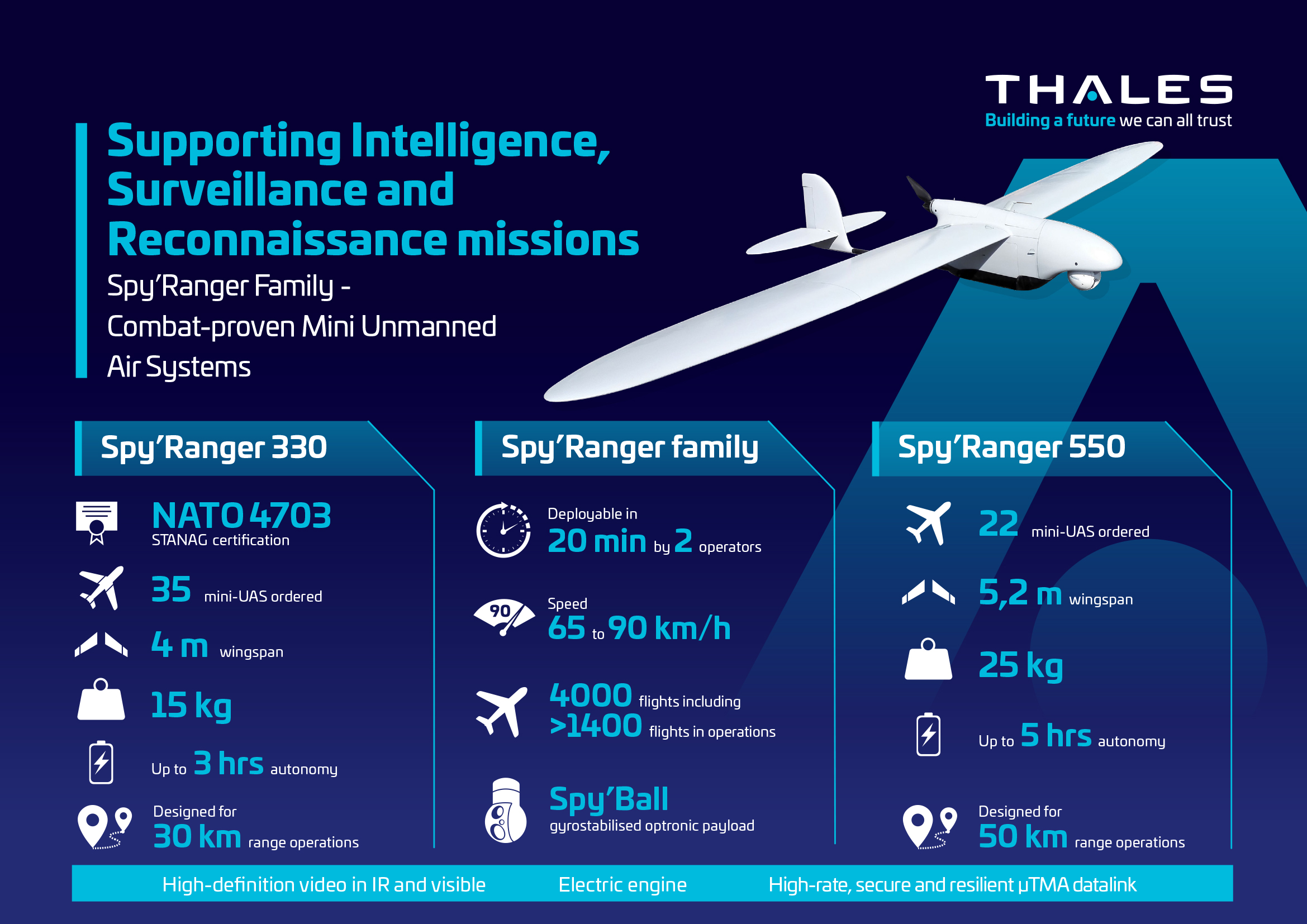 Spy'Ranger is optimised for easy deployment and operation in non-permissive environments. The whole system can be assembled and in the air in less than 12 minutes. A top-of-the-line gyrostabilised sensor assembly called Spy'Ball streams high-definition NATO-standard electro-optical and infrared video and still pictures via Thales's latest secure high-rate datalink, the  µTMA.

The air vehicle is powered by an electric motor for maximum discretion and low maintenance. It was designed to Thales specifications by Aviation Design in France, and is very easy to operate.

Waypoints are simply entered on the Spy'C portable ground station, and the aircraft then flies itself, avoiding obstacles and terrain features in real time. If the communication link with the ground is lost, the aircraft automatically returns to a pre-programmed location and lands with no human intervention. Up to two air vehicles can communicate with the ground station at the same time.

One key advantage of the combat-proven Spy'C ground station is its interoperability with the latest optronic systems. Using the high-performance laser rangefinder of the Sophie multifunction camera, for example, coordinates can be sent automatically and in real time to the Spy’Ranger and used as a new waypoint. Importantly, the Spy'Ball sensor suite is so accurate that target location data can be used directly by artillery systems, paving the way for the collaborative combat of the future.

When two vehicles are deployed on the same mission, the Spy'Ranger 550 system can even provide 24/7 area or point surveillance. In this scenario, the first UAV films the area of interest for several hours until it is nearing the limits of its endurance. A second vehicle is then launched to seamlessly take over filming duties. The first UAV then lands, the operator changes its batteries, runs routine checks, and it is ready to be launched again to take over and maintain a unique persistent surveillance capability.

Easy-to-deploy unmanned systems, and the immediate over-the-hill surveillance capability they provide, are in the process of revolutionising close combat operations. France has already ordered up to 70 complete Spy'Ranger 330 systems (up to 210 air vehicles), the first of which were delivered to the French Army early 2020 and are now being prepared for operational deployments overseas.

"These mini-UAV systems are part of our strategy to augment key functions including intelligence capabilities. They are agile, efficient and easy to use, and their arrival is excellent news for the French forces."
Florence Parly, Minister for the Armed Forces, on the delivery of the first three Spy'Ranger systems for the French Army's SMDR programme 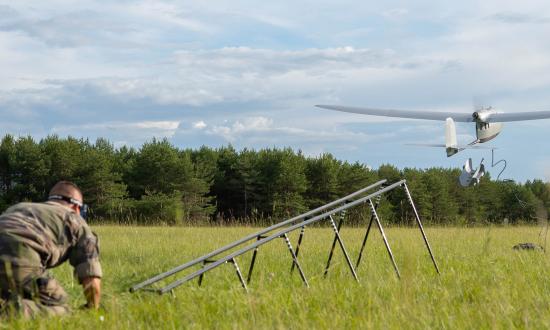 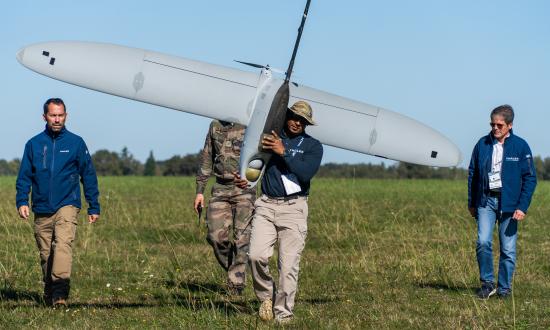 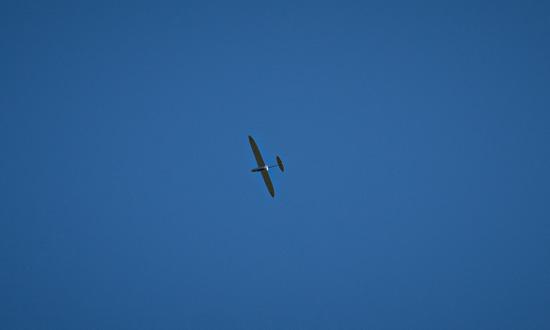 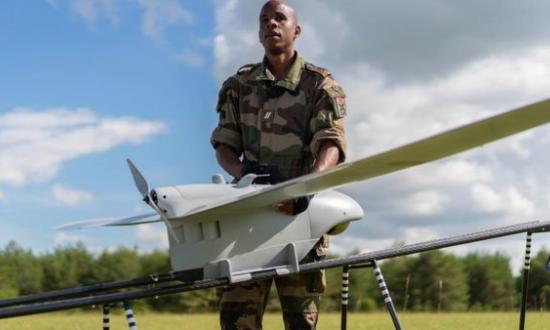