How connected cars will integrate with the smart city 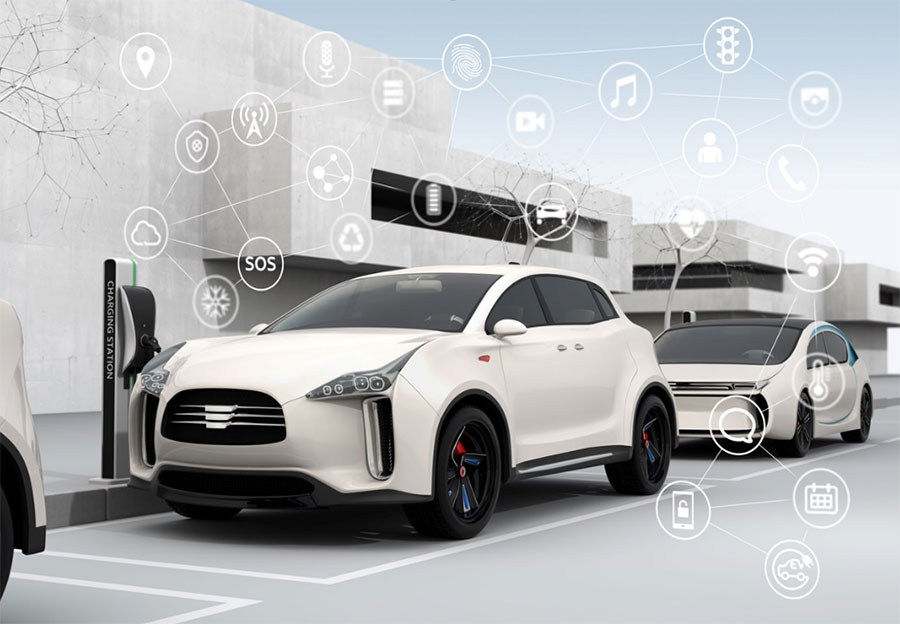 With 443 smart city projects in 286 locations worldwide, the time is now to integrate the connected car into smart city planning.

More than half of the world's population currently lives in cities.

According to the UN, 2.5 billion more people will join them by 2050. And most of these city dwellers will have a car. The World Bank estimates there will be more than 1.2 billion cars on the road by 2030.

Moving people around city centers efficiently while minimizing the environmental impact is a growing challenge for urban planners. Their best hope of meeting it is the smart city.

In the smart city vision, a vast network of sensors connected to the internet will 'talk' to each other to build a data map of the urban environment.

The sensors sit inside infrastructures such as streetlights, buildings, and road surfaces.

But at the center of this network will be connected transport.

Sensors in cars will collect data about other vehicles, cyclists, pedestrians, and road conditions; cars will be WiF hotspots, creating an ever-moving network from where data can easily be shared with the city authorities.

City planners will use it in numerous ways.

They can look at patterns to assess journey times, bottlenecks, fuel and charging station availability, popular destinations, and more.

They can make real-time adjustments, such as re-calibrating traffic lights to ease congestion or even using flexible pricing to flatten spikes in parking.

According to a 2019 report by Navigant Research, many of the 443 smart city projects they've listed focus on mobility.

In New York, for example, planners have installed sensors in traffic video cameras and intersections. They say the Midtown in Motion project has improved travel times by 10%.

And in Spain, Santander has installed 20,000 tracking devices across the city. It uses the information they gather to manage street lighting, traffic flow, and parking availability.

City officials even placed sensors in bins so waste managers could assess their total capacity.

Santander has also ensured that the public plays its part in keeping the smart city fed with data. It launched a 'City Pulse' app through which citizens can report broken amenities, potholes, etc.

Mobility projects will include cars.

Many of these are pioneering experiments.

Most do not include cars.

But in time, they will.

Juniper Research says 62 million vehicles will be capable of V2V (Vehicle-to-Vehicle) communication by 2023.

Of course, the smart city revolution will only be possible with fast, reliable connectivity.

The network will need to carry vast data volumes – experts say an autonomous car can generate 40TB of data every eight hours of driving.

But this is not just about the quantity of data.

It's also about the number of 'things' in the network. The connected car will need to connect to many traffic lights, road sensors, lighting, and other cars in real time. This is referred to as Vehicle to Everything or V2X.

Can any connection technology meet these requirements?

5G is a promising partner.

For many, 5G is the most promising candidate.

It can support up to a million devices per square kilometer. Meanwhile, developing rugged eSIMs that can be soldered into place will give manufacturers a practical way to 5G-connect their fleets.

As cars get connected, people will inevitably think of them differently.

A different perception of cars

They will be "computers you can sit inside," according to futurologist Aric Dromi. This will have dramatic implications.

Think about it for a minute.

They might pay for fuel passively with no driver involvement thanks to technology such as Host Card Emulation (HCE), which turns a card into software and tokenizes it to make the transaction more secure.

Longer-term, connected cars could transform the relationship between the individual and the city. Cars become nodes in a network, so people might have to cede some of their decision-making power to the town itself.

We need to redefine what a car is.
Aric Dromi, futurologist.

Connected cars and the future of the automotive industry (interview)

As Dromi says: "Transportation is becoming mobility... and cities need to own and take responsibility for the mobility infrastructure. They might limit the ability of people to own or drive a car.

City mayors will need to take center stage and say: this is how mobility will look in my city. Are you in or out?"