Revisiting eco-friendly credit cards – The DO card from Doconomy

Perhaps what sets Sweden apart is a combination of citizen engagement, collective ambition, and high awareness of climate change challenges.

The message we get from Sweden is clear: we need to make radical changes in our daily habits if we want a survivable future— it happens now, and it's up to us.

For Swedes, 78% believe they can personally act to slow down climate change, and it is no surprise that many innovative climate-conscious programs are coming from the Kingdom.

So let's take a close look at this one initiated by Doconomy.

This initiative combines eco-conscious spending with eco-friendly credit cards, highlighting one of the many noticeable changes in consumer attitudes.

The DO card: Revisiting the green credit card approach

In 2018, the United Nations released an urgent report stating that we must cut CO2 emissions by half in 2030 to avoid an irreversible carbon crisis.

In 2019, a Swedish Fintech, Doconomy, took on the challenge and launched DO, a mobile banking service for everyday climate action.

Doconomy wants to inspire personal change in behaviour, reduced consumption, and compensation with the digital banking service DO.

The free Do app is connected to a credit card that enables the cardholder to track and measure its carbon footprint for each purchase and compensate for its impact daily.

Do works differently from so-called green credit cards that donate a percentage of every purchase to the green economy with more or less transparency. Beyond that, it is notorious that some banks issuing green cards also fund fossil industries.

Being conscious of the impact of your purchases might be better for the climate than selecting an eco-friendly or "green" credit card.

The DO mobile banking service lets users track and reduce their CO2 footprints through carbon offsetting.

It's a very tangible tool for those who want to make a difference.

Initially, the service is being rolled out in Sweden, with other European countries to follow.

Doconomy DO Black is even more radical.

We've seen that users can make daily purchases with the DO card, tracking the carbon emissions associated with their spending with the DO app.

Doconomy goes one step further by adding a premium card to its offer.

But instead of introducing a premium black credit card with its specific benefits to encourage further consumption, Doconomy does the opposite with Do Black.

It's the world's first credit card with a carbon limit, setting a maximum to your footprint for the year.

In other words, it's the first credit card ever to stop you from overspending based on the level of CO2 emissions generated by your consumption.

The DO Black card won't let you buy anything else after you've hit your carbon quota.

It's presented as an educational effort, according to one of the founders.

The carbon limit is tailored to the national limit defined by the world leaders under the Paris agreement and aligned with the 2-degree target for 2030.

In Sweden, the average consumer is responsible for approximately 19 tons of carbon emissions each year from consumption. The 2030 monthly limit is 791,5 kg CO2 per capita (9,5 tCO2e – carbon dioxide equivalent).

In addition to the mobile app, customers can apply for an eco-friendly DO Mastercard card.

Thales is supplying and personalizing the Gemalto bio-sourced card, a card made from Poly Lactic Acid (PLA) – a sustainable plastic substitute for biodegradable cards.

Using renewable sources such as corn, the green credit card can be recycled back to its initial resin repeatedly without losing quality. It is non-petroleum based and non-toxic if incinerated.

With no mag stripe nor signature panel

What's unique about this environmentally-friendly credit card is that it has no magnetic stripe or traditional signature panel.

This feature is essential because these components are not made from renewable resources and turn banking cards into a compound, making them difficult to recycle.

Collaboration has been key to this innovation:

•    Doconomy provides the mobile banking service to its customers;
•    Thales is supplying the card and personalization services;
•    Mastercard has approved this one-of-its-kind design with no magnetic strip or traditional signature panel.

Doconomy has already impressed with its innovative approach to the climate crisis.

Following a Creative eCommerce Grand Prix win at Cannes Lions 2019 – an award that usually goes to well-established global brands – it's clear that this start-up is making its mark on the worldwide eCommerce scene at the intersection of finance, technology, and sustainability.

The Jury appreciated Doconomy's ability to create an emotional connection to the DO carbon credit card and initiate an idea everyone would want to steal.

Doconomy's efforts are symbolic of a changing industry.

So much so for banks and fintechs.

In December 2019, the Bank of the West joined the climate-friendly scheme, a first in the US. The San Francisco-based bank has just over 2 million customers and $91.5 billion in assets.

French banking group BNP Paribas subsidiary will offer a carbon-tracking feature in their banking apps. Clients need to opt-in to get their spending's carbon footprint measured.

The application also comes with a biodegradable card.

Mastercard and Nordea are working on a similar project, according to Fintech Futures.

Another remarkable regional initiative is the Baltic Sea Card from Ålandsbanken.
It's presented as the payment card for a cleaner Baltic Sea.

This card is made from environmentally friendly materials and coupled with the Åland Index.

The cardholder can estimate the carbon footprint of everyday purchases and use that information to help the environment by supporting local or international initiatives or adjusting some aspects of their lifestyle.

Eco-conscious consumers are dictating changes. They want to make more sustainable choices, and a lot of data indicate they are ready to change brands to support a cause they believe in.

One thing's for sure; money is a powerful asset for change.

Consumers are acknowledging more acutely how much impact they can apply on the financial system and our society by channelling their spending decisions into actions that benefit them, the community, and the planet.

The company has put sustainability at the heart of its operations. The Bank only lends money to organizations and projects that are making positive environmental and social impacts.

Beyond that, Triodos publishes details of every loan it makes for total transparency.

To top it off, Triodos provide customers with an eco-friendly smart debit card made from polylactic acid (PLA). The card is believed to have the most reliable environmental credentials of any payment card in the UK.

The Bank anticipates these actions can help eco-conscious citizens move to a bank that shares their values and effectively creates a real, positive impact on society.

This transformation in consumer behaviour does not go unnoticed.

Even the 50-year-old iconic American Express card was changing in 2020.

The recently-announced American Express Green Card still features the familiar Roman centurion. Yet, according to CNBC, the card is now made from 70% of reclaimed ocean plastic collected by Parley for the Oceans (5 March 2020).
In parallel, the credit card giant has also recently announced a recycling service for its credit cards, which will roll out in 2020.
As of 31 December 2019, Amex had globally 114.4 million cards in force.

American Express is also implementing a strategy to reduce single-use plastics across the company.

But stick with us here to understand what consumers are clearly saying.

Because they care about the future of our planet

To illustrate how critical social responsibility has become, previous research by Cone Communications found in 2017 that more than 60% of Americans hope businesses will drive social and environmental change without government regulation.

Nearly 90% of the consumers surveyed said they would purchase a product because a company supported an issue they care about.

More importantly, roughly 75% will refuse to buy from a company if they learn it supports an issue contrary to their beliefs.
Another study on eco-consumers carried out among 2000+ internet users in the UK and US in 2018 by GlobalWebIndex revealed that:

This trend is actually across all of the age groups in the reviews. We believe it's also valid for banking products and services.
Beyond that, the positive "domino effect" of social influence and good habits boosts sustainable consumption in the long run.

DO the right thing - A good cause that is solvable by individuals.

Supporting a good cause is certainly not new in retail banking. Donating with an affinity or direct-donation card is familiar to many.

What's more specific about the Doconomy unique experience is that it:

After all, accountability is about delivering on a commitment for both parties.

We believe that Doconomy's initiative is one of the many remarkable examples of how banks, fintechs, and clients can drive change.

More resources on carbon credit cards and other initiatives

Thales is supporting banks in taking actions towards environmentally friendly practices and sustainability.

The company has developed a complete set of tools that enables its clients to build a consistent green strategy that moves beyond empty environmental claims.

Our contribution includes every aspect of a bank card's life, from green credit cards to eco-packaging produced by a manufacturer with a robust environmental policy.

Now it's your turn.

We'll be happy to talk with you about your projects. Don't hesitate to contact us.

Parley for the Oceans and Thales: eco-innovative cards for a cause

Thales has partnered with Parley for the Oceans and launched the Thales Gemalto Ocean Plastic® card for banks and their environmentally conscious customers.

Findomestic, as of February 2021, migrates its entire card offering to a sustainable and environmentally friendly alternative. Learn more with Thales. 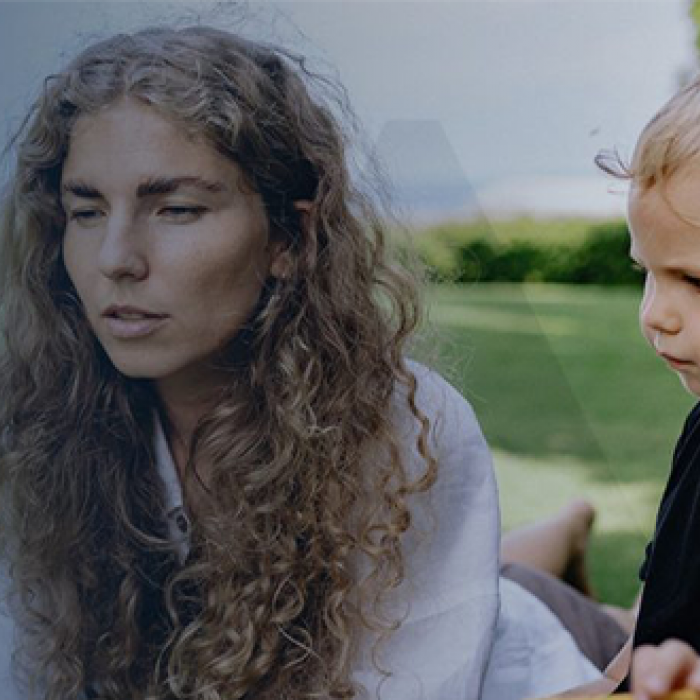 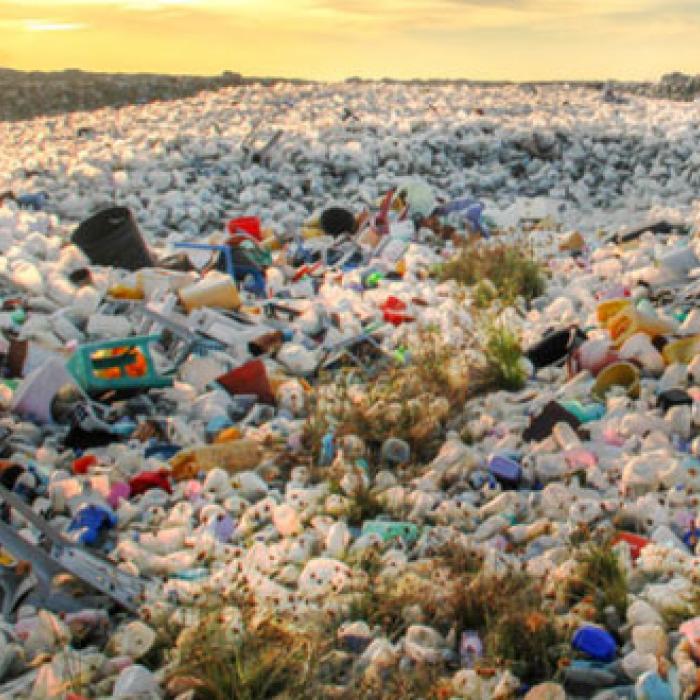 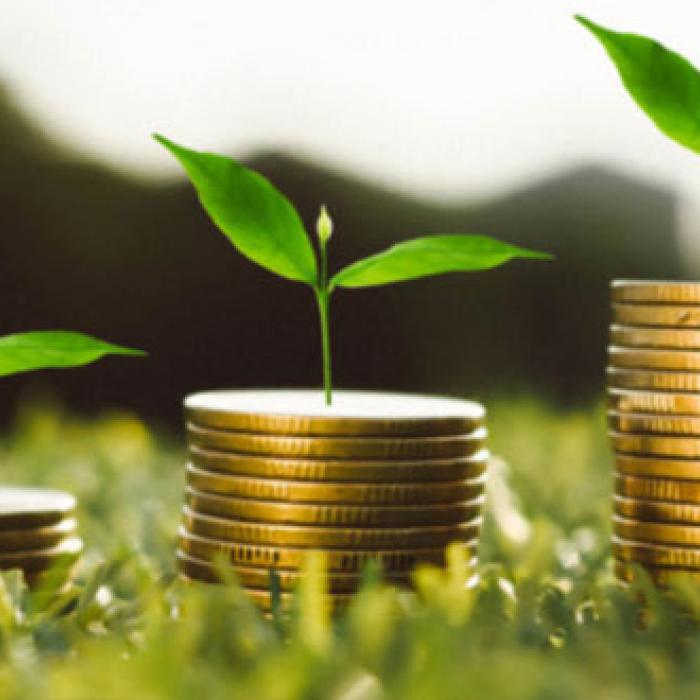