The IoT ecosystem in 2022: components, industry alliances and legal environments

IoT systems and their interdependent building blocks can be various and complex.

However, an IoT ecosystem is typically built up with 7 distinct essential components.

So, if you're looking for a global picture of the IoT ecosystem in 2022 and understand how it may impact your projects, you've come to the right place.

The 7 components of an IoT ecosystem architecture

We know the feeling.

Navigating the IoT market can be difficult. The perceived barriers to entry when launching a new project seem countless.

Challenges can be more easily understood and overcome by identifying what building blocks IoT service providers need to consider when creating a proof of concept (POC).

Francis D'Souza, Head of Strategy for Analytics and IoT Solutions at Thales, explains the seven IoT ecosystem components that determine the make-up of every successful IoT product.

So, an IoT ecosystem architecture is generally formed from a set of components which can be simplified to the following:

#1. Sensors in the IoT device

One starts from the sensors, which capture the data that one wishes to send back.

The sensors themselves are simple enough. They could take temperature, humidity, measure pressure. That's self-explanatory.

The sensors are connected to a device or a part of the device.

And the device itself has an element that allows it to connect to the network to transmit data to the cloud and receive commands.

But more about this later.

When the connection is cellular, a SIM card or eSIM is also required as part of the wireless access equipment hardware.

#3. Application in the smart device

On the device itself – and it's the third functional block of IoT systems– is an application. That's the logic that says, for example, "if the temperature exceeds 20 degrees, I send a notification to the network."

Or the logic might say, "I set to send temperature every one minute," so that's the application, third building block, on the device.

But then, that's where the complexity starts.

The first set of jargon is in the smart device.

You need to have the application that's running. The application runs on a processor. That's called either an MCU, a multi-controller unit or an MPU multi-processor unit.

The fourth IoT layer is the network itself that connects from the device back to the cloud.

Let's focus on the cellular because many IoT applications are based on it for reliability and service levels.

And in cellular, you've got a host of options based on the bandwidth you want for your application or the battery.

The acronyms that you would come across would be the usual 2G, 3G, 4G, 5G of cellular.

But within 4G – which is mainstream of IoT today – there are two broad categories.

And very soon, with the advent of 5G, there'll be a whole new set of acronyms that will come up.

There's something called massive IoT, an extension in the 5G world of the CAT-M and CAT NB we spoke about in 4G LTE environments.

Something that will be brand new on networks is called Ultra-Reliable Low Latency Communication (URLLC). This is for IoT applications that need extremely low latency between the data being generated and its availability in the cloud.

So that's the kind of acronyms one will encounter along the way and the type of technology one will have on the network itself.

#5. The application (and processing) on the cloud

We are coming over to the cloud.

Now that the data comes back, it's stored in a database. It is treated/processed. There are actions taken on it. That's sitting in the cloud.

This part is a typical IT application.

A gigantic step to aid M2M evolve into IoT is the emergence of public cloud platforms specially tuned for IoT applications. Platforms such as AWS IoT from Amazon, Google Cloud, or Azure from Microsoft have vastly simplified IoT and offered a common structure including security and device management. They have also eased standardization of the structure of messages sent from the edge device.

The one thing that would be different out there, though, more in IoT than in enterprise applications, is machine learning or analytics - some people go to the extent of calling it AI (Artificial Intelligence).

This is really different for IoT because the value in IoT is in the data generated and the results that derive from analyzing the data leveraging virtual data analytics.

So, this is something that will specifically come across the analytic side.

More often, that's running in the cloud, the sixth functional layer of the IoT ecosystem.

Big data analytics can benefit the IoT-enabled smart grid, where millions of data are collected and stored.

There's a seventh IoT pillar that underlies all of this.

Security is a very broad concept and needs to be adapted to the use case.

But the general security principles established in IoT and the acronyms used are PKI, public-key cryptography, encryption, mutual authentication, and certificates.

Device Management and security: How do you know how your wireless system is performing? How do you push software updates to the device? How do you manage security? These supervisory functions are the role of a device management platform, a sort of IoT monitoring system for your IoT system.

Therefore, an IoT ecosystem has different elements to consider, each with a fair amount of interdependence on the other building blocks. 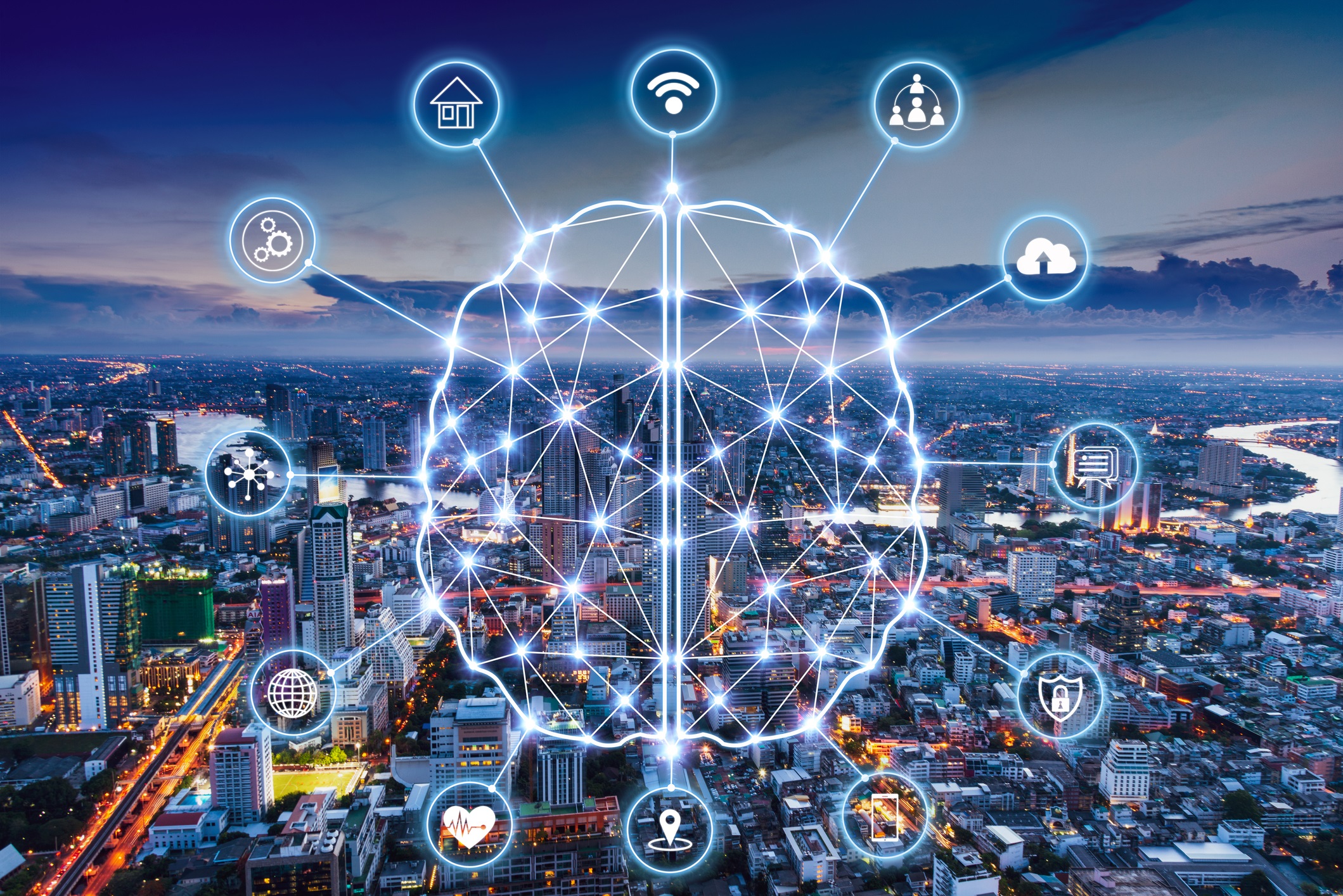 Stay up to date on the latest industry news, trends, and IoT innovations and learn about our award-winning Cinterion solutions, services and platforms.

An important factor is the attitude taken by technology providers such as wireless module and equipment suppliers, network connectivity suppliers, and public cloud providers leading to the emergence of protocol standards and understandable security methodologies.

Each plays an essential role in the IoT ecosystem and these players have recognized that there is a need to make IoT much easier to implement. This in turn, shortens development cycles and therefore helps to get solutions to the market quicker and the objectives to be achieved sooner.

They are either focus on technology frameworks or vertical industries.

The GSMA (Global System for Mobile Communications Association) is well known for its marketing and education activities. It represents mobile operators' interests worldwide, uniting more than 750 operators with almost 400 companies in the broader mobile ecosystem.

Needless to say, the vast array of alliances and consortia reflects the interests of high-tech industry companies for a booming market and illustrates how they compete for control of the IoT ecosystem.

This leads us to…

The IoT ecosystem and recent regulations

The growing pace of IoT adoption and the persistent insecurity of many devices set the stage for regulatory actions.

In 2019, lawmakers started regulating IoT, especially network and device security. This trend will expand in the coming months.

"Most regulation remains focused on the privacy aspects of IoT," says Francis D'Souza. "But much is changing, and, as it takes 18-24 months to design a new IoT device, it would be a mistake to design now without having future regulations in mind."

Self-regulatory regimes inspired (or not) by safety standards are gradually being replaced by country-specific regulations imposing security implementation requirements.

Based only on the current legal requirements, the minimum level of requested cybersecurity for manufacturers and vendors is achievable.

But regulatory compliance on basic security for individual IoT devices is just the very first step.

They can put in place more high-level cybersecurity and solutions beyond the performance of individual devices to address the IoT more comprehensively.

For 25 years, our customers - in a wide range of industries - have trusted our IoT solutions to seamlessly connect and secure their IoT devices, maximize field insights, and accelerate their global business success.

And in the IoT, time is of the essence.

If you have a question about the components of IoT or the IoT ecosystem architecture in general or want to learn more about how IoT technology is transforming the world, we'll be glad to help.

We're looking forward to hearing from you. 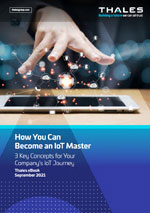 How do you become a true IoT Master?

All the things to keep in mind for a strategic approach – now in our new Thales eBook.